Here is part 3 of the ongoing History Lesson series. 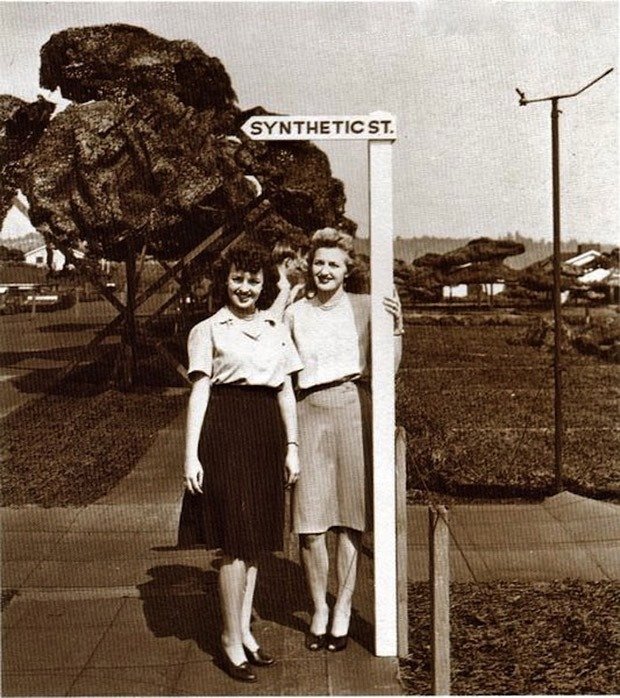 Believe it or not, these women are standing on top of a B-17 bomber factory in Seattle, Washington in 1941. These fake towns were designed by Hollywood set designers, made with stage props, and “inhabited” by actors. 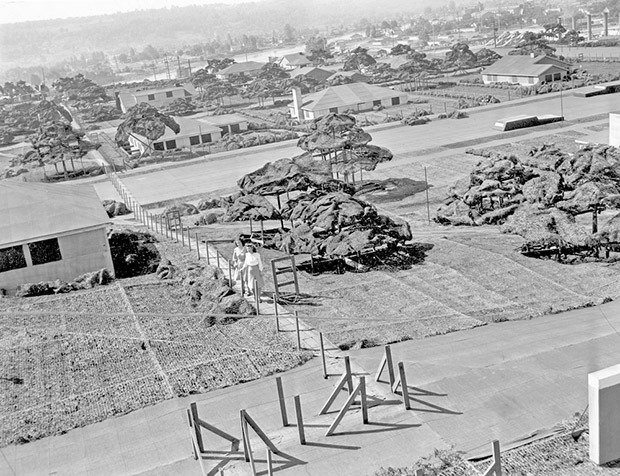 After Pearl Harbor, Japanese submarines were spotted off the coast of San Francisco and Santa Barbara. The west coast was the next presumed target for the Japanese so the US decided to hide its major wartime factories. These towns were complete with fake houses, cars, roads, and even residents. 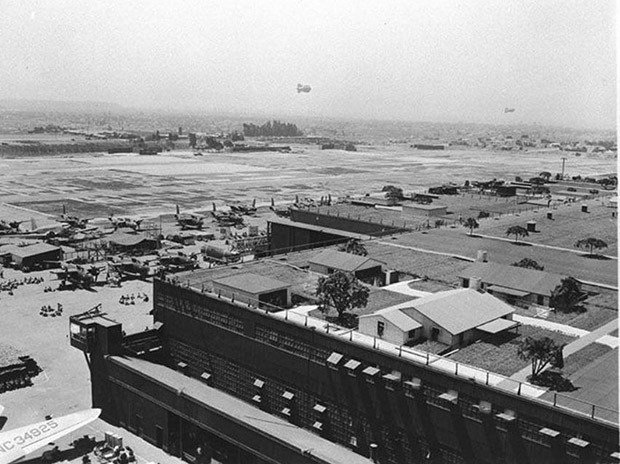 All this was done while almost 7,000 B-17 Flying Fortresses were being made for the bombing campaign against German industry and military targets. 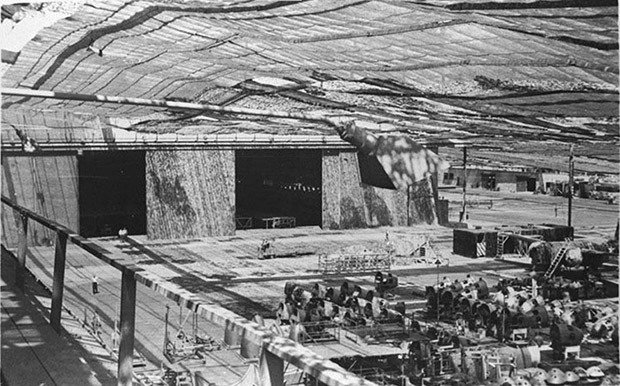 The Douglas Aircraft Company in Santa Monica was camouflaged by a fake town designed by Edward Huntsmen-Trout, a landscape architect. 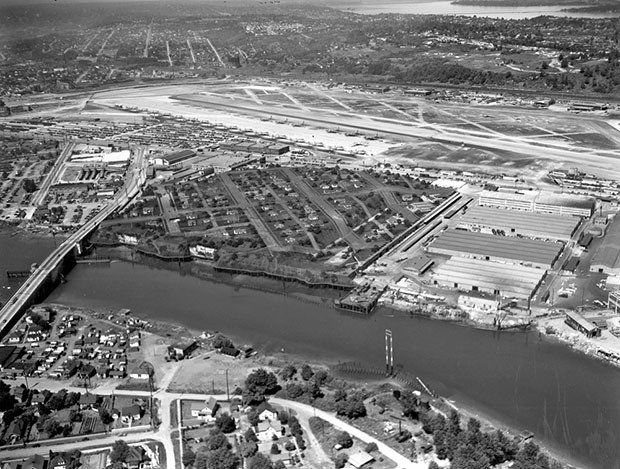 An aerial view showing that it looked pretty much the same as the surroundings. 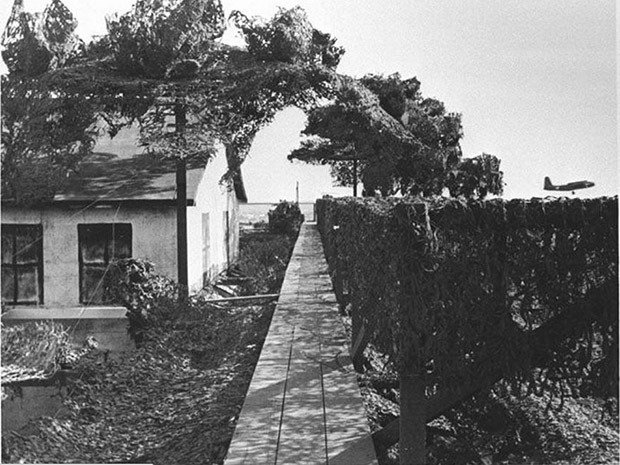 These towns were put together quickly with plywood, burlap, and other cheap materials. 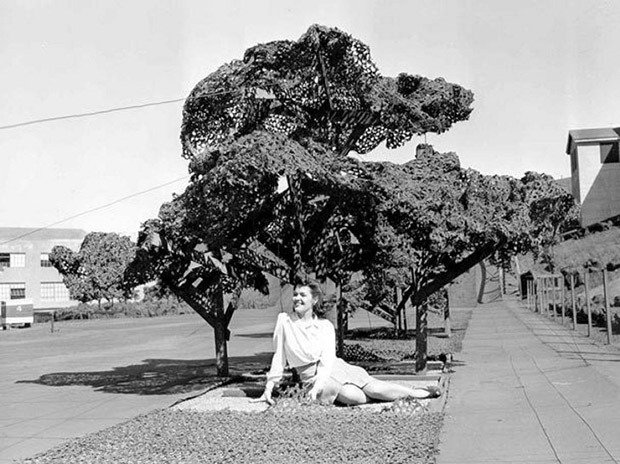 These neighborhoods only had to look good from a plane. 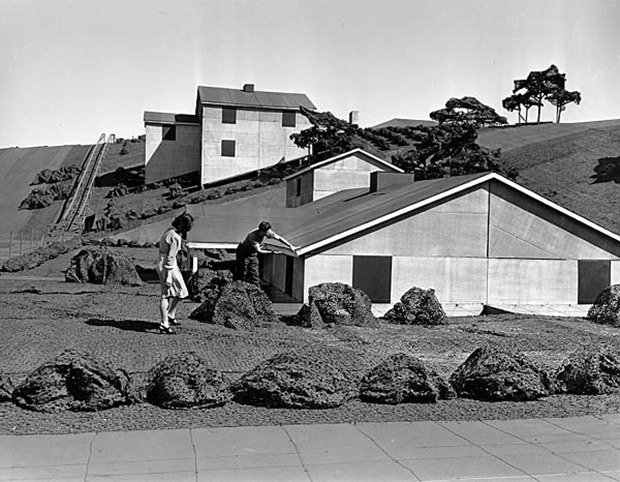 Actors were hired to do things around their fake houses like mow the law, tend to their gardens, have picnics, hang their clothes to dry, take a walk, and much more. 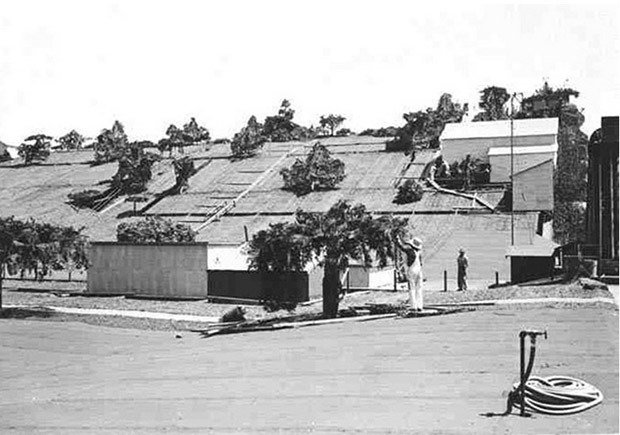 Gardeners tend to their fake trees. 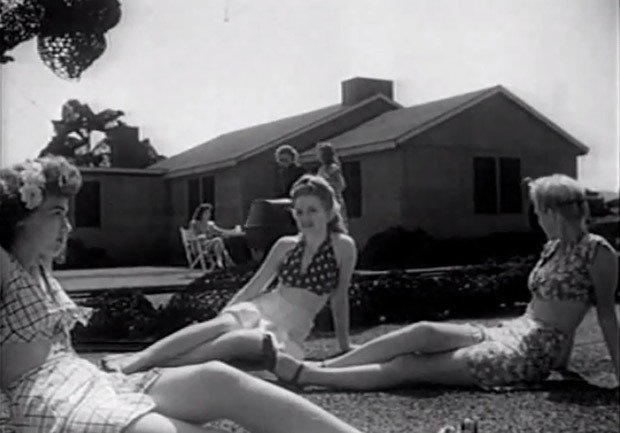 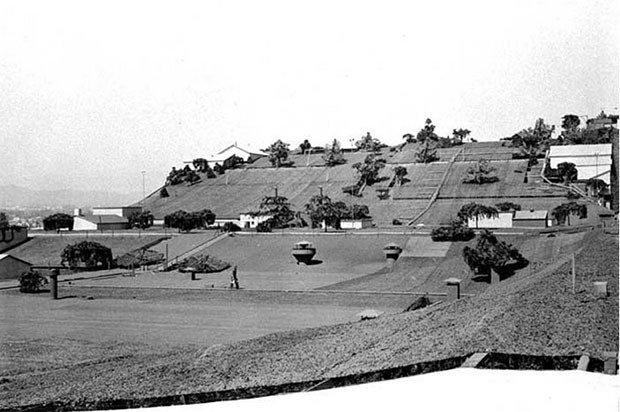 These amazing rooftops were taken down after the war and forgotten. All that remains are these pictures and this government newsreel.