21. There is a team of hockey-playing Roman Catholic priests called the Flying Fathers, who play exhibition games to raise money for charities. – Source

22. In 1349, hockey and football were banned in England by King Edward III so that more people would practice their archery. Archery was vital to warfare at the time. – Source

23. There are only 26 members of hockey’s Triple Gold Club, which requires winning a World Championship, an Olympic gold medal, and the Stanley Cup. – Source

24. With less than 24 hours’ notice before the 2014 Olympics Hockey final Canada vs Sweden, Alberta changed the liquor law to allow bars to open at 5 am and serve liquor so people could watch the game at the bar. – Source

25. Instant replay was invented in 1955 for CBC’s Hockey Night in Canada. – Source 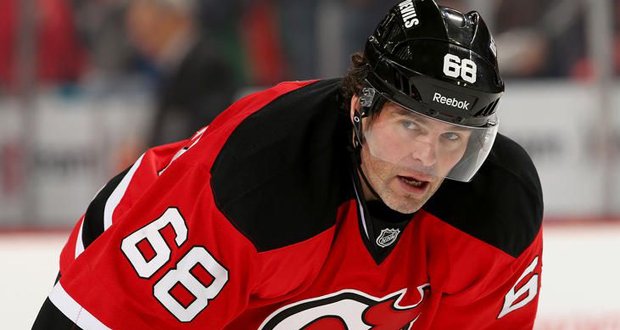 26. Famous Czech hockey player Jaromir Jagr wears #68 to honor the rebellion in Czechoslovakia against the Soviet Union in 1968. – Source

30. There was a hockey player who believed he was a lion, a soldier from the Spanish inquisition, a reincarnated executioner and a royal count, who refused to play once because “the moon was in the wrong part of the sky”, and disappeared almost a decade ago to live in an abandoned castle. – Source

31. Hall of fame hockey player, Gordie Howe, originally retired from the NHL in 1971. He unretired two years later, in 1973 when he was in his mid-40s because he wanted to play with his sons, Mark and Marty. He played for 7 more seasons before retiring at 52. – Source

32. After a 4-3 victory over the New York Rangers, Mike Milbury of the Boston Bruins jumped the glass, tore off an unruly spectator’s shoe and proceeded to beat him with it. His actions resulted in a 6 game suspension and the installation of higher glass panels in all hockey arenas. – Source

33. The NHL’s Buffalo Sabres purposefully drafted a hockey player who didn’t exist to mock the slow draft process, and no one realized it until training camp started. – Source

34. In the 1950s the Montreal Canadiens were so keen to add a young hockey player named Jean Béliveau to their roster that they bought the entire league he was playing in. He went on to win 10 Stanley Cups while playing with Montreal. – Source

35. The original hockey puck was made from a frozen “road apple”, otherwise known as horse manure. – Source

36. The NHL was started because five of the six team owners in the National Hockey Association didn’t like the sixth guy and wanted to start a league without him. – Source