Just a fair warning (AGAIN). None of these pictures are particularly graphic, but the concepts behind them can make some people uncomfortable. I just want to stress that it’s important to know that these things REALLY happened to very REAL people. Thieves, witches, homosexuals…all completely innocent people who had to endure these horrible atrocities. This was real life for a time period, and it’s important to recognize the horrors of the past so we don’t repeat them in the future. For part 1, click here. 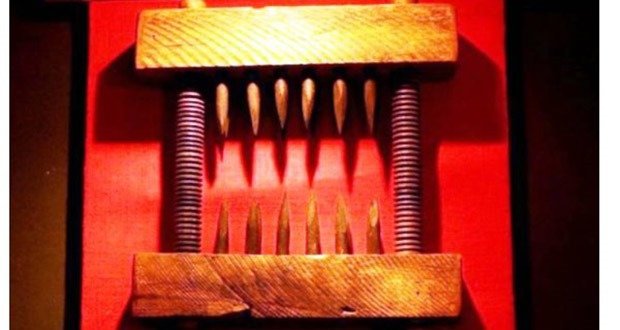 Commonly used during the Spanish Inquisition, this was an updated, even worse version of the “Thumb Screw” discussed in the last article. The victim would have their knee caps placed between this device, which was then slowly clamped upon the caps, rendering the victim’s knees completely useless. This item could be used on several different locations on the body despite what the name suggests. 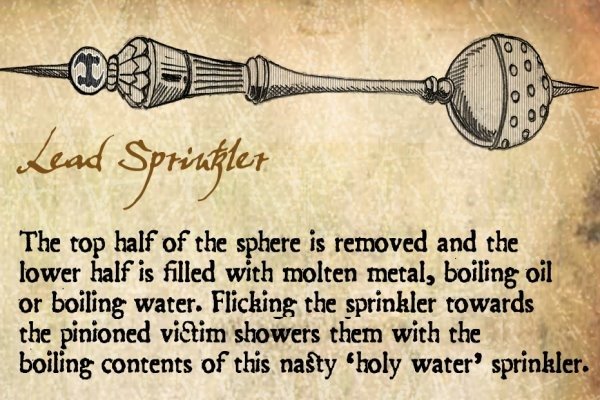 Also referred to as the “holy water sprinkler”, the sadistic concoction inside was often used to sprinkle molten lead on the victim’s eyes and face. The rest of the description is in the picture. 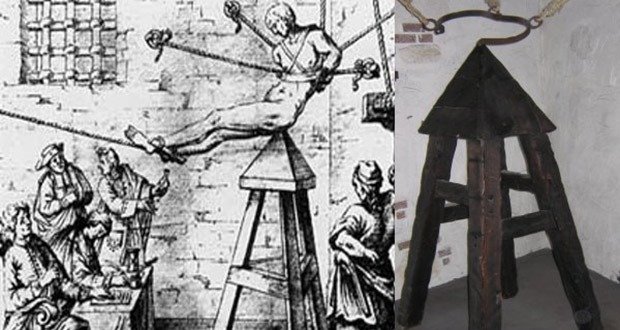 A terrible medieval torture, generally geared toward adulterers and homosexuals. The victim would be tied up naked and hung with his or her orifice directly above the sharp tip of the cradle. Slowly, the victim was lowered onto the tip via rectally or vaginally. Sometimes weight was added, and the cradle was typically never cleaned. As such, death via infection was common. 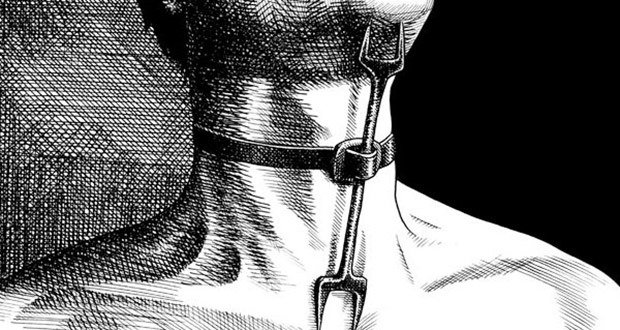 Another popular medieval torture device, this one relied on the victim’s will to emit the torture. The two way prong was fastened tightly under the victim’s neck, resting on the chin and breast plate. It caused intense pain whenever the individual moved his or her head even slightly, so a pain from constantly lifting one’s head continued until the inevitable puncture through the neck. Used typically against heretics (obviously), and witches. The fork could sometimes have the inscription “I recant” on the side, signifying the victim’s willingness to recant his/her sins. 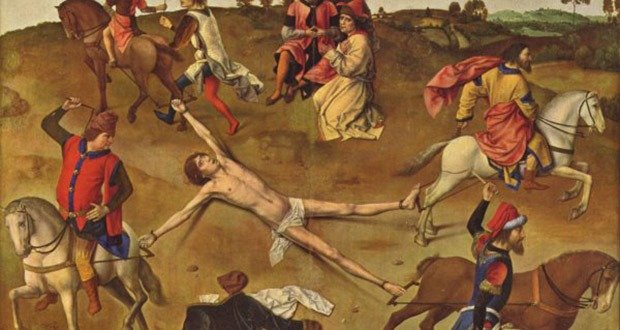 Originally introduced in 1283 England for the punishment of treason. The victim was first “drawn”, or tied to a horse and dragged to the gallows. He or she would then be tied by four horses, one on each limb, and possibly one on the head. The horses would each run their separate direction, resulting in the victim being split apart. 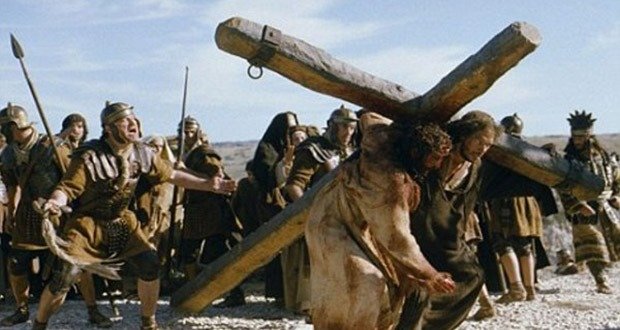 Probably the most famous torture method in the world, this (obviously) was the method in which Jesus Christ was tortured (and subsequently killed by the spear of destiny). Though Jesus is the most famous instance, it was very much not the first instance. It had been around since as early as 6th century B.C. Jesus was nailed by his hands, but typically the victim is tied via wrists. The legs can be broken for a quicker death, since the victim must lift their bodies to breathe better. The death is slow, and depending on the method (Jesus’ was particularly brutal) could take up to several days. One of the main causes is asphyxiation, as so much weight being placed unusually upon the rib causes the victim to have severe difficulty breathing. Embolism, shock, and heart failure are other known reasons. 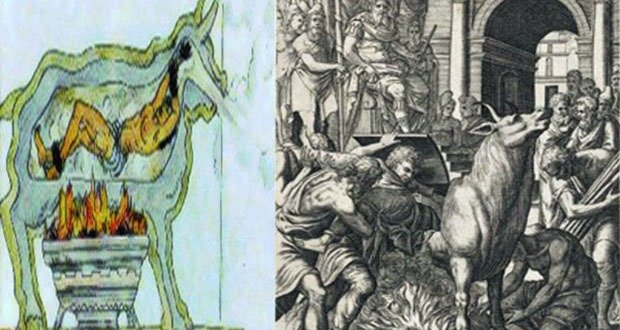 In my opinion, THE WORST FORM OF TORTURE. The brazen bull dates all the way bake to ancient Greece. Legend has it it was invented by Perillus for his ruler Phalaris. Instead of a reward, however, Perillus was placed in the bull to become its very first victim. The bull was hollow and made out of brass (a good conductor of heat), big enough to place the victim. A fire was then placed directly below the bull, causing intense, inescapable heat. In some instances, pipes were placed on the “mouth” of the bull, giving the appearance that the bull was “alive” from the screaming sounds of the victim burning alive.