Just a fair warning (AGAIN). None of these pictures are particularly graphic, but the concepts behind them can make some people uncomfortable. I just want to stress that it’s important to know that these things REALLY happened to very REAL people. Thieves, witches, homosexuals…all completely innocent people who had to endure these horrible atrocities. This was real life for a time period, and it’s important to recognize the horrors of the past so we don’t repeat them in the future. 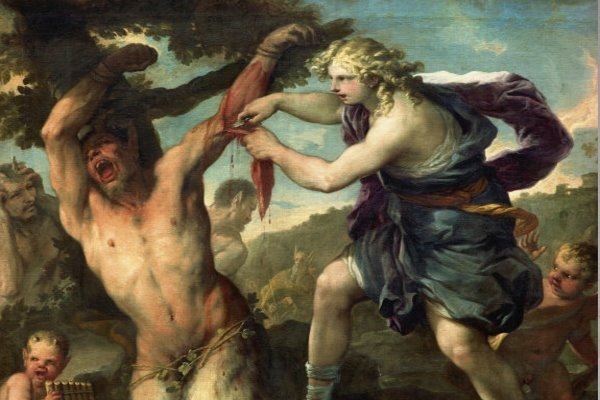 Flaying has been used for thousands of years: from the Middle East, to Africa, even to America. It was used typically on criminals and witches. Typically, the victim’s arms were tied to a pole above his or her head so the entire body was exposed to be cut. Then, with a small knife, the victim could peel the skin off slowly. Usually, facial skin went first, then they worked their way down. Typically, victims died before their waist was reached.

Persians in biblical times were famous of flaying. They would bury a victim’s hands in the sand, then flay the ENTIRE body’s skin in one piece. 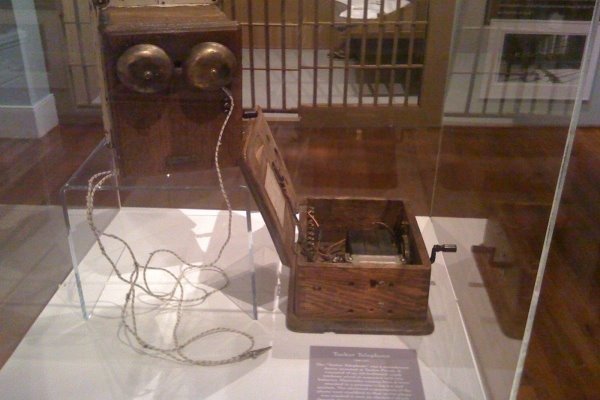 This method was invented in Arkansas, for use in prisons in the 1960’s. A naked inmate was strapped to a table at the Tucker hospital, while wires were strapped to his big toe, and his penis or testicles. The crank for the phone was then pushed, sending an electrical charge through the body parts. Black inmates were the usual recipients. 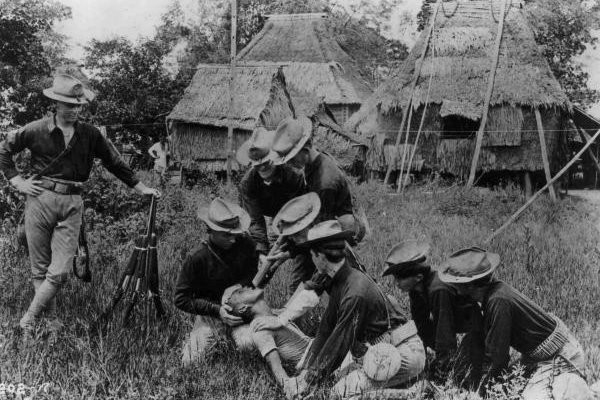 Water-boarding is very well known today due to the fact that it has still been practiced, from soldiers overseas to prisoners at Guantanamo bay. The victim is restrained, then water is either poured directly over them for an extended period of time, or a soaking towel is placed over the face, giving the instinctive feeling that the victim is drowning. 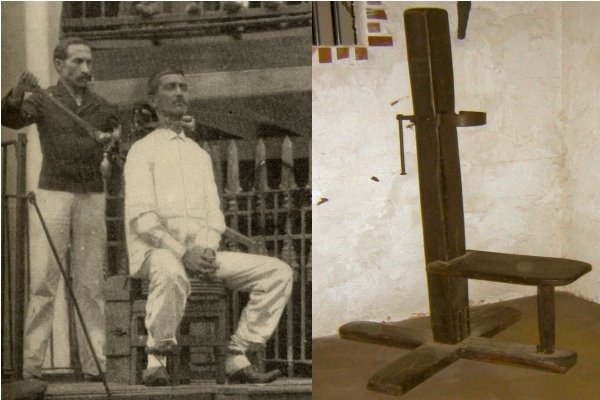 The Garotte was a standard execution in Spain during the 1800’s. It consisted of a rigid, tall backing for a “chair”, where the victim sat restrained, with any sort of thin tying-device wrapped around his or her neck. A stick, or stiff object then had the wire wrapped around it. It could then be twisted, slowly tightening the wire around the victim, strangling them to death. Sometimes a stick jutted out behind the neck, snapping the victim’s neck for a quicker death. 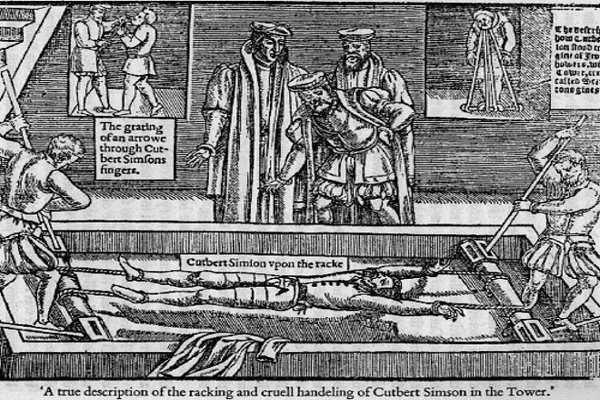 The rack dates back to almost 2000 years ago, to conspirators who attempted to assassinate Emperor Nero in 65 A.D. The victim’s arms and legs are stretched and tied on opposite ends, with the other ends wrapped around a wheel “roller” in the middle. The hand and ratchet to the roller are then twisted, stretching the ropes. Eventually, the victims arms and legs pull out of socket, and if continued, will eventually rip completely off the victim. 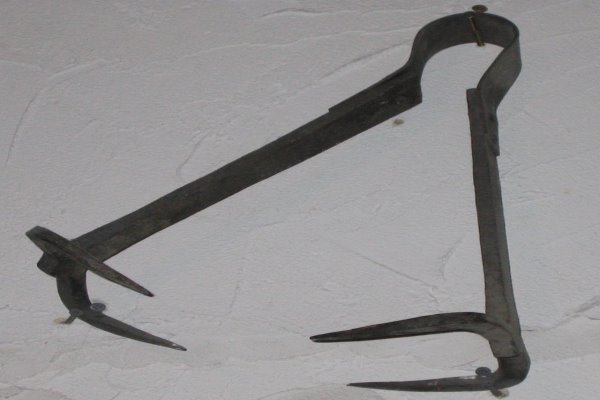 Obviously, this torture was especially for women. Torturing women sexually dated all the way back to roman times, including the breast ripper. The two-sided metal claws were placed into the victim’s breast, who was tied to the wall. The claws were then forcibly pulled away, shredding the breasts completely. It was used primarily to “mark” unwed mothers, or adulterers. 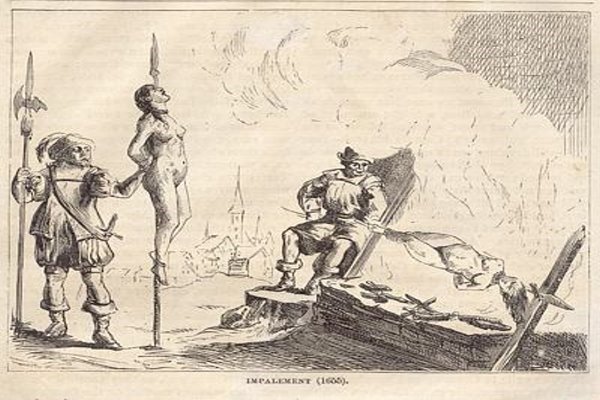 Simple yet effective, the victim was penetrated completely through, with a stake, pole, or hook, completely perforating the body, typically from buttocks to mouth. This method dates back several hundred years, and would typically end in quick, but painful, death. 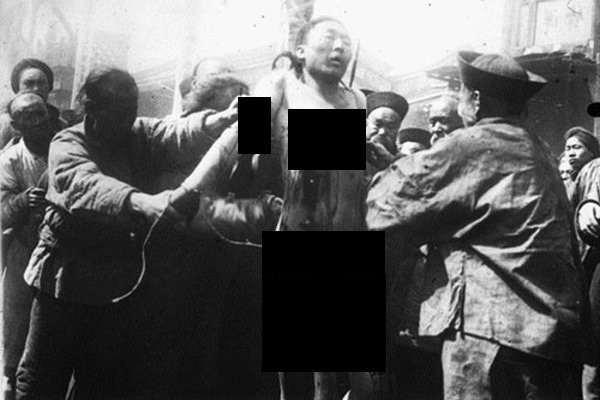 Similar to flaying, this form of torture was used in China from around 900 A.D. all the way to 1905. The victim was tied, then a knife was used to remove small portions of the victim’s body over time. It was generally done in public, as well. Ling-Chi was generally reserved for severe crimes, and in some cases, opium was administered as a way of preventing fainting, or possibly to relieve the pain. 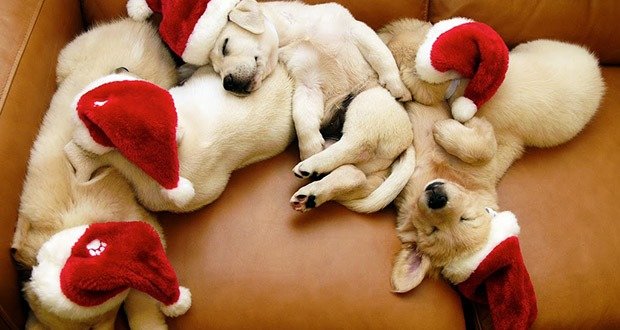 I know this is even more lugubrious information, but it is both fascinating to me and important to remember how horrible people have been to each other in the past, so we remember to NEVER MAKE THE SAME MISTAKES OF IGNORANCE AGAIN! For a reward here are some PUPPIES WHO ARE NOT GOING TO BE TORTURED DON’T WORRY I’M SURE THEY’RE ALL IN LOVELY HOMES! Thanks again.