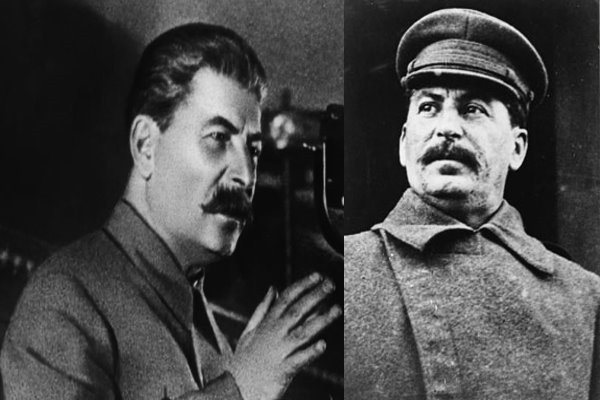 Joseph Stalin, or “Ioseb Dzhugashvili”, was born in the country of Georgia in 1879. He eventually learned to speak Russian in private school, though he was eventually kicked out for being insubordinate.

After moving to Russia, Stalin gained his significant political power during the Russian Civil War from 1917 to 1922. The Civil war pitted the Red Army against the white Armies and the anti-Bolshevik movement. During this time, he earned the nickname as “Lenin’s Mouthpiece”. After the war, Stalin was then placed in charge of the newly formed Communist Party under Lenin. 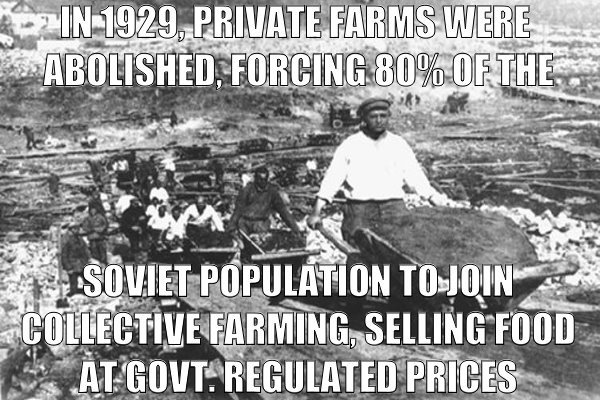 Lenin quickly grew ill, and on his death bed, condemned Stalin and vowed to disown him from office in favor of Stalin’s rival, Leon Trotsky. Stalin, however, intercepted and suppressed this idea. He then proceeded to recruit political radicals in order to shut out Trotsky’s opposition as well as transfer complete political control to himself.

Once he succeeded, Stalin forced Trotsky to exile and eventually killed all of his radical assistants.

Stalin’s 1st major order of business as dictator of the Soviet Union was to instill the idea of “collectivism” to the country in 1929. This “communist agriculture” would abolish all private farming, to which 80% of the country had as their occupation, forcing them to collective farming for the govt. 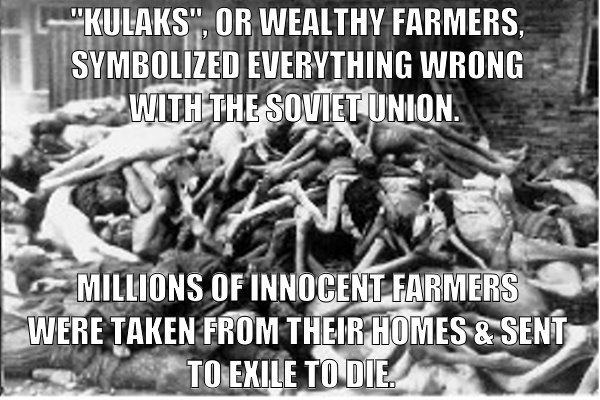 Farmers were forced to sell their crop at government regulated prices, which were unreasonably low. Any farmer who resisted was sent to labor camps or sent to exile, or shot on spot.

Several communities revolted by eating all of the grains and slaughtering all of their animals as opposed to giving it all to the government. These communities would then be completely with held from food until everyone starved to death.

Successful farmers, or “Kulaks”, became Stalin’s ultimate symbol for everything wrong with the Soviet Union. Entire families were stripped of their land, and sent to exile. Loads of thousands of dead farmers were dumped at local train stations to remove them from the towns. 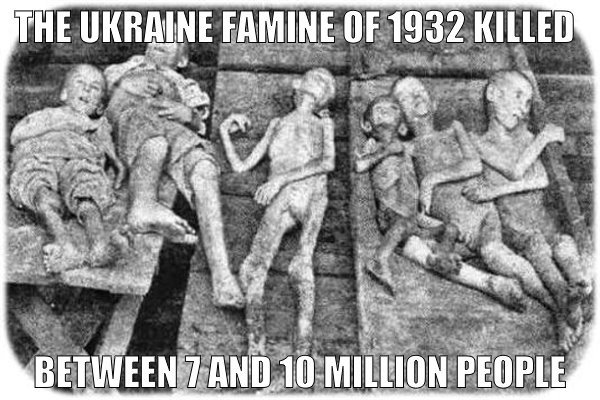 The collective farming took a heavy toll on the entire economy and agriculture industry, especially in the breadbasket of Ukraine. In 1932, a massive famine erupted, killing anywhere from between 7 and 10 million civilians, or close to 25% of the entire Ukrainian population.

Even though millions of families were dying of starvation, Stalin’s forces would still take the food and seed from these farms to fulfill government quotas, even the growing seeds for the next season’s crops.

Anyone who WASN’T appearing to be starving was suspected of hoarding food and was thereby PUNISHED AS A TRAITOR FOR NOT STARVING. 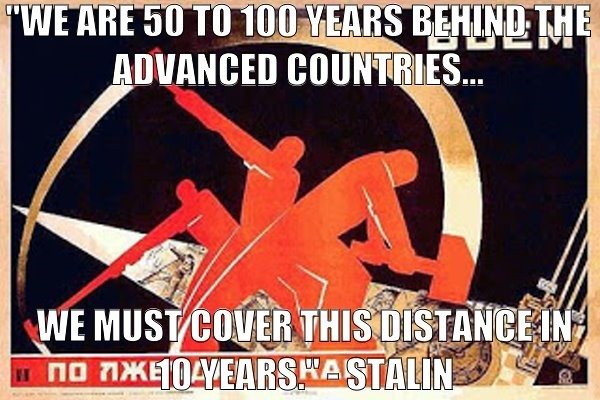 During Lenin’s Reign, small-scale capitalism was permitted to help boost the post-war economy. Stalin hated this idea, and immediately began focusing all industry available to manufacturing.

Huge new industrial complexes were made. Railroads, canals, dams, and reservoirs were all hastily (and often very poorly) constructed.

By 1937, the industrial output had quadrupled. Steel production, Stalin’s obsession, had increased 500 percent since the end of the war. 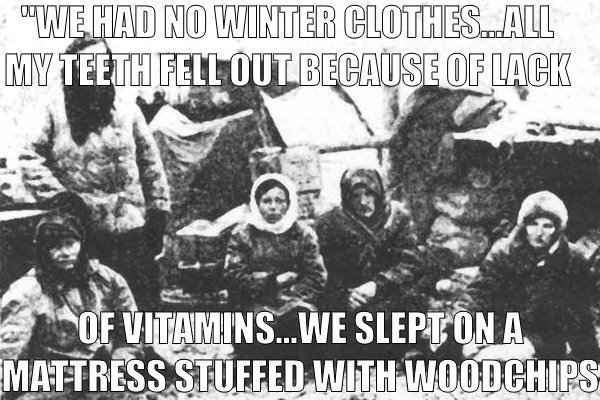 To keep up production, Stalin used political prisoners as workers, converting prisons into slave labor camps called “GULAGs”. Prisoners included criminals, but also began including any “enemies of the state”, or anyone who might be suspected of revolting against their ideology. Showing up late to work might very well land a person in one of these concentration camps, labeling them a “potential saboteur”.

Of course, most of the falsely accused “traitors” would not go to the Gulag camps alone; their entire families would also be sent to the camps as punishment. By 1939, there were almost 3 MILLION prisoners in these labor camps. 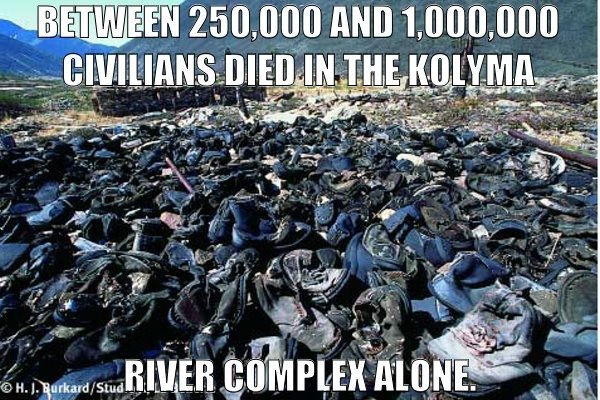 People died daily in these camps. Not from punishment, but from complete neglect. As one prisoner put it:

“The intent was not to kill or torture, but to reduce (the prisoners) to the status of cattle”. Individuals would not be fed, or exiled to inhabitable, extremely cold areas to die.

An especially gruesome series of camps lied along the rich lands of the Kolyma River Valley. Conditions were harsh, unproductive workers weren’t fed, and little to no winter clothing was supplied. 14 hour work days in the winter were common. Anywhere from 250,000 to 1,000,000 people died in the Kolyma complex alone.

How to Avoid a Bear Attack (Infographic)