Seppuku, translated as “Stomach Cutting”, is a ritualistic Japanese suicide done through disembowelment, initially only used for Samurai.

Also known as “Harikiri”, or “Cutting of the belly”, this method of death followed the Bushido code of the samurai. It was used for samurai to either avoid capture when in battle, or as a way to punish samurai who have committed crimes, yet still wish to retain their honor. 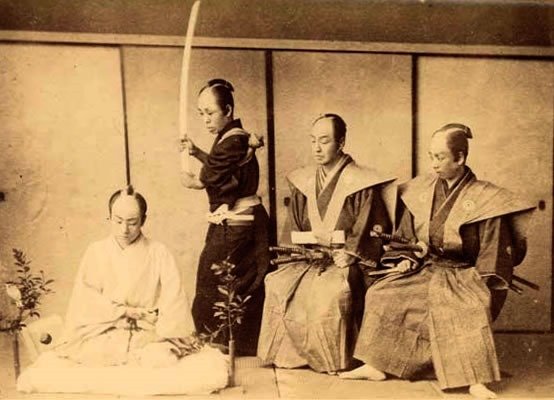 It is difficult to pinpoint when this ritual first began, but the earliest written cases of actual Seppuku being performed were in the story of the Hogen Rebellion, in 1156. In the story, the warrior Minamoto no Tametomo reacted to his defeat by cutting his stomach open, leaning on a pillar at his house.

It was believed that warriors of the Taira clan performed a disemboweling suicide in their war with the Minamoto clan, but they typically killed themselves by jumping overboard on their ships while wearing heavy armor, resulting in drowning. 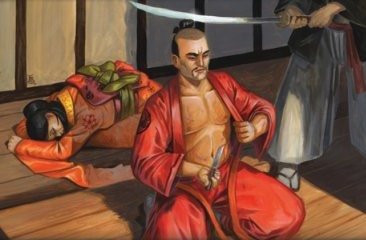 Seppuku was initially only used in combat, but after a while, it became a proper ritual with several points in the process. It became an event which was very coordinated and organized. It was typically performed in front of several spectators.

Before the ritual, the samurai was bathed and dressed (usually) in clean, white robes. He was served his favorite foods as a last meal, then the slicing tool (called a tantō) was placed on his food plate. He would then open his kimono(Japanese robe), take the tantō, and begin cutting. 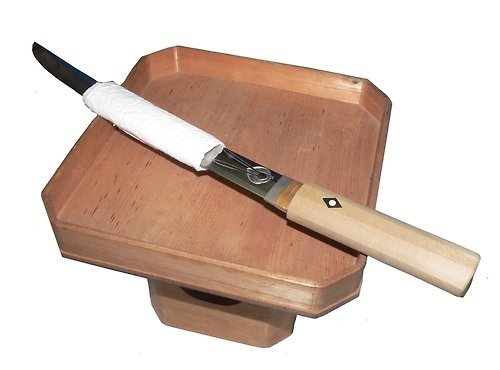 He would plunge the blade into the left side of his abdomen, then push it horizontally to the right, then upward. This was actually not what killed the warrior. After this was completed, the samurai’s Assistant, a “kaishakunin”, would be behind the warrior, and decapitate the samurai.

It would be done quickly and seamlessly, and ensuring that the head would fall forward into the dead samurai’s lap, as if he were embracing his head. 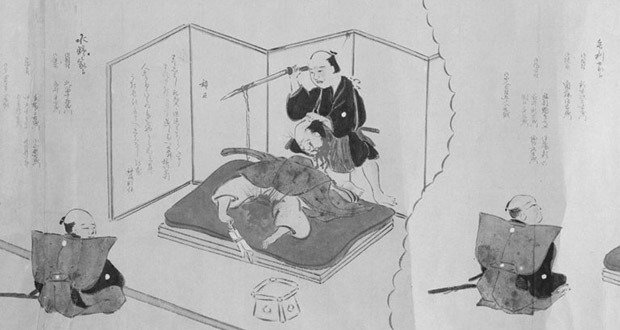 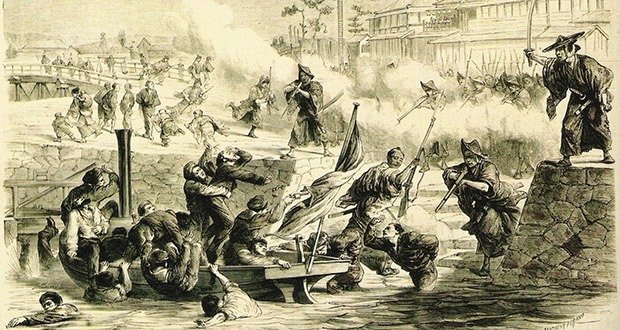 A famous example of the Seppuku was discussed by Europeans in the “Sakai Incident” in 1868. French sailors entered the Japanese town of Sakai without permission, and surprised the townsfolk. A fight broke out, and all of the French sailors were killed. Demanding compensation, the Japanese samurais were sentenced to death.

A French captain then had to witness a mass seppuku ritual, which shocked him so much, he decided to pardon the rest of the samurai so he wouldn’t have to witness the ritual anymore. 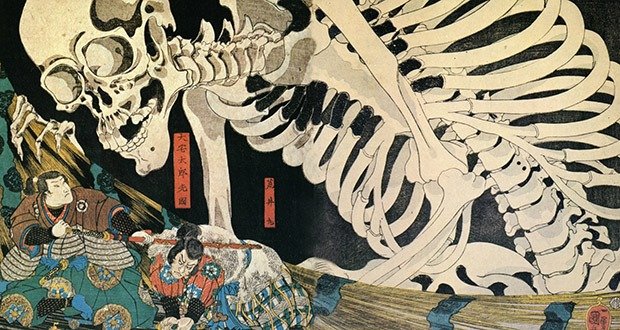 Thanks for reading! Hope you learned something interesting. I always have found the dark side of history to be fascinating and I just do what I can to help share it with people. Be good to each other.