One of our readers asked us this question. How could Germany, in a span of 80 years (1918-2000s), lose a World War, get back in shape enough to start another one (in 20 years only), lose it again and then become one of the wealthiest country?

There are a couple of things to keep in mind about Germany; it is one of the largest and most populated states in Western Europe, and it has had a very strong industrial base for many many years. 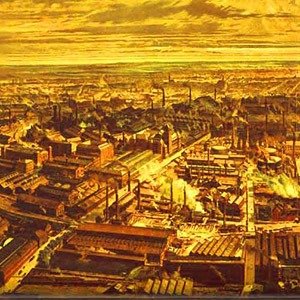 After WWI, Germany was in pretty bad shape. It owed a ton of money in war reparations. This issue was dealt with by the Nazis basically by just refusing to pay them. 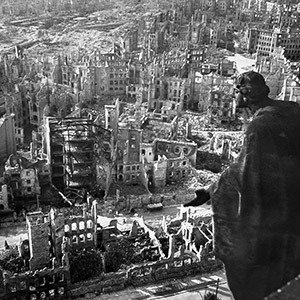 More importantly though, Germany might have lost the war, but even the winners were in really rough shape. No one was willing to stand up to the Nazis until it was too late. When they started to remilitarize, no one stepped up because they either thought that the lot they were dealt in WW1 was too harsh, or because they were too war-weary to care. When Germany started to absorb parts of its neighbors, it was justified by claiming that it was done either to protect German nationals, or because the Germans had been invited to do it (which is partly true in some cases).

Further, once WW2 started, the Germans had a couple big benefits. Most of their immediate neighbors were too weak to do much, France and Britain wanted to avoid bloodshed. When they invaded Poland, they got help from the Soviet Union. Once the war really got underway, France folded almost immediately, and the British were pushed off of the continent not long after. France was gone, Britain was technically still at war but couldn’t mount an offensive, Italy was an ally, America, Spain, and the USSR were neutral, and much of Central Europe was already under Nazi control. They were able to take most of Europe without much of a fight. 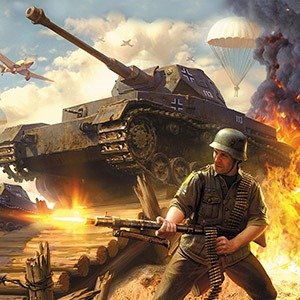 Helping matters even more, Germany benefited from having some pretty revolutionary tactics, scientists, and equipment. In particular, the Germans wrote the book on blitzkrieg and tank warfare, which proved instrumental. 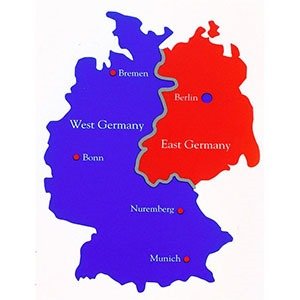 After they lost the war, the country was split into four administrative zones, occupied by the Americans, British, Soviets, and French. The American, British, and French zones were eventually consolidated to become the country of West Germany, while the Soviet zone became East Germany. The Western Powers poured a ton of resources into rebuilding West Germany and getting them back up to speed (so that they could help fight the Soviets in the event of WW3).  Since they’re still one of the biggest and most industrial states in Europe, it’s only natural that they’ve had a strong economy ever sense. 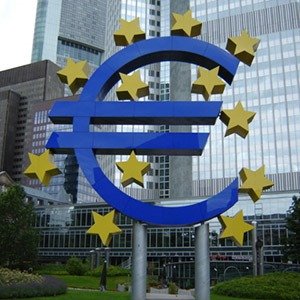 Okay, now let me shed some more light on the economic side of the question. First I would like to point out to Germany’s economic status as it stands today. Germany, which is obviously part of the EU(European Union) plays an absolute central role to the EU central bank. The reason it is the central role is because of Germany’s “Credit Card”. See if any one of the economically less fortunate countries(which are many) part of the EU need a loan from the central bank for say, infrastructure, they “charge” it on Germany’s “credit card” at interest (some things are interest free depending).

Italy and Greece were in such a situation and needed money for a variety of things and figured if it was on the German’s tab, they could go on a shopping spree. This is what caused the Euro to have a total economic meltdown some years ago. If fact, the economic crisis was so bad they changed the policies around so that Germany may see it’s money back in full in a timely fashion so that the Euro may be restored back to its initial monetary integrity.

So in a sense, Germany can be considered the backbone of the Euro and EU Central bank but that might be a highly debatable statement to some. Anyways, rewind back to the time of the Nazi’s and WW2. Germany has lost for the second time from a war they started mostly because of Nationalism but also a big playing factor was because of the high amounts of debt for war reparations from WW1 that the rest of the world sought after. This is one of the reasons the Nazi party became so popular was because they said “F**k these bills” to the world. It is also one of the reasons the Nazi’s hoarded mass amounts of gold. Another trying reason that they hated Jews so much was because of the strong foothold the Jews had in big business and banks in Germany at the time. 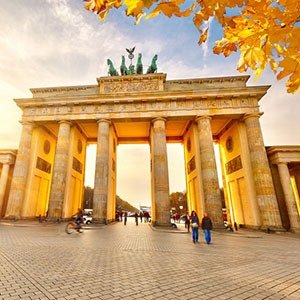 With that being said the German’s were very realistic and responsible about debt and finances from the get go. As it is said, “Necessity is the Mother of all Inventions.” This quote could not be more true for the Germans in financial security. Today, they have some of the best higher-education institutes for finances, accounting, debt, and economics in the world. They are a country of economists and businessmen/women.

Other miscellaneous factors playing in their economic rising was other countries pouring tons of resources into West Germany to rebuild it. Another would be that Germany wasn’t allowed to have any militarized Air Force anymore along with many other military capabilities which in turn saved them tons of money (and birthed BMW automobiles).