We drill to get minerals and such up. What stuff is so deep down, than is rarer closer to the surface?

The deepest drill hole for those curious is in Russia called The Kola Deep. 12,262 vertical metres. An unexpected discovery was a large quantity of hydrogen gas; the mud that flowed out of the hole was described as “boiling” with hydrogen. 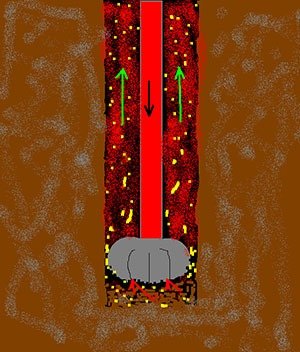 There are three main issues with digging deeper. One is heat, and the other is pressure, and the final one is hole stability.

Heat from geothermal sources, or just generated from the drill string, causes damage to the drill string components. Some companies have giant radiators that are installed on the surface to cool drilling fluid down before being pumped back down hole, but in the end the cumulative heat reduces the amount of time that is able to be spent down hole and drilling to less than 200 hours per trip.

Pressure is another problem. As you get deeper, the pressure exerted on the formation from drilling fluid gets higher and higher. At the same time, the horsepower required to pump the drilling fluid back up to the surface becomes much greater. You would need enormously powerful pumps capable of generating as much as 10,000 psi. 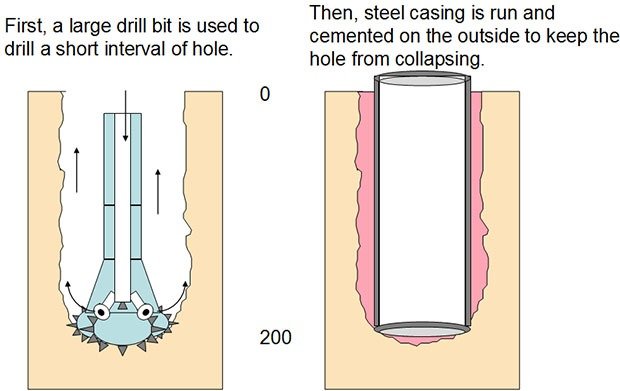 Finally you have hole stability. This is the ability of the hole to not collapse in on itself, potentially trapping the drill string and getting it stuck. To mitigate this problem casing is run through various sections of the hole. The problem is that every time you run casing, you have to then drill with a smaller drill bit and BHA/drill string. Eventually you can’t run anything smaller and are at the limit of what can be reasonably drilled.

On the second question,

We drill to get minerals and such up. What stuff is so deep down, than is rarer closer to the surface? 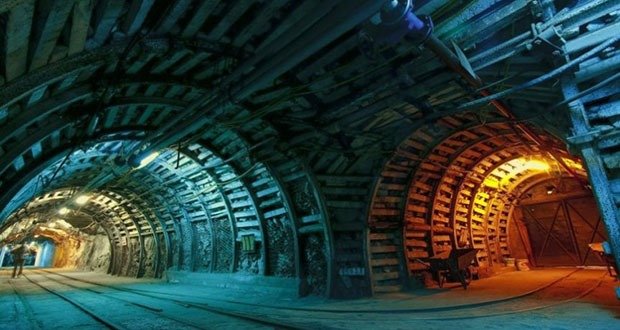 The deepest mines are Gold in South Africa and currently sit around the 4km deep mark. The geothermal gradient increases at roughly 0.5-1 degree C for ever 100m, so these South African mines send down refrigerated air so workers can work this deep. Even then it is still hot as heck.

2) Oil and natural gas come from organic-rich source rocks that are buried to a certain depth (which means they are warmed up) in order to breakdown the organic molecules into shorter chain hydrocarbons. Too cold and you don’t generate hydrocarbons, too hot and you break them all down.

As such, source rocks are (or were) necessarily at some depth. As hydrocarbons migrate out of those source rocks, they can be trapped in reservoirs nearby (still at depth), or migrate up-dip to shallower reservoirs.