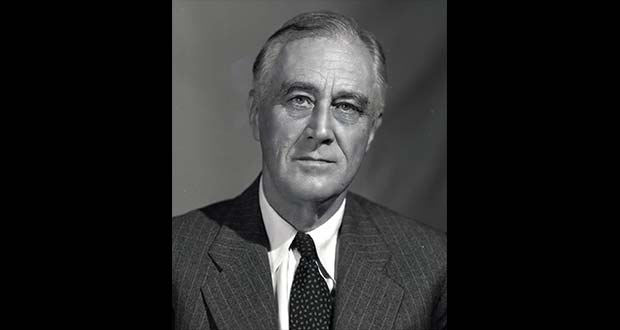 When the beloved president, Franklin D. Roosevelt, served his four terms between 1933 to 1945, it was a tradition for the candidate to leave office after two terms. It wasn’t until the 22nd Amendment of the U.S. Constitution was passed in 1947 and ratified in 1951 that presidents were restricted to two consecutive terms.

This precedent was set by George Washington, and it stayed that way for 150 years. But that didn’t stop various candidates from trying to run for a third term, though all of them failed except for FDR.

But then how did Roosevelt become the first president to serve as president four times? Well, many factors played into FDR’s reasons for running and his getting re-elected.

How did Franklin Delano Roosevelt get elected so many times?

Policies to Combat the Great Depression

The Great Depression devasted economic conditions in the United States. In October 1929, the value of all the shares on the New York Stock Exchange plummeted due to defaulted loans, high rates of irresponsible debt, and low spending power. These caused a series of cascading events that ruined many different markets in the country, leading to an all-time high unemployment rate and closure of many businesses. Not to mention the fact that the then sitting President Herbert Hoover didn’t step up to lower the effects of this economic devastation and was widely criticized for it.

Enter Franklin Roosevelt, who was New York’s Governor. He ran for president, and due to his progressive views and the need to help the country during the dark times, he beat Herbert Hoover by an overwhelming majority and became president in 1932.

FDR’s solution to combat the crisis, The New Deal, was done in three ways: recovery, relief, and reform. What the New Deal is, is essentially different types of programs adopted to aid the country from the depression. The many of the policies in the first New Deal were passed during the first three months he took office and established programs like the

While the first New Deal did aid the economy, it was controversial as the government intervention was all over the place, starting to compete with private business. Also, some programs helped some but not others.

After a lot of controversial changes in the government and backlash received as a result of the changes, FDR introduced the Second New Deal which was more focused on financial security and introduced programs like the Social Security Act that established pensions for Americans and the Wagner Act that protected laborers by forming unions to negotiate wage rates and working conditions.

The second New Deal was more contentious than the first one, but these bold policies were the reasons why FDR got to serve three terms.

Franklin Roosevelt became a war-time president when World War II broke out in 1939. He was nearing the end of his second term. Roosevelt wasn’t particularly in favor of the war and wished to stay neutral, but he didn’t shy away from helping the countries in need by giving aid in the form of artillery and medical supplies.

He was also very fond of Winston Churchill, and because of that U.K. received military aid from the United States when they needed it. The war had just started, and the country needed a strong leader who would take charge and lead the U.S through these tough times.

As global tensions escalated, definitive action needed to be taken. FDR helped pass the Selective Training and Services Act in 1940 that led to many young Americans getting drafted for the war. The 1940s election was just around the corner, and no one knew if FDR would run again, but he knew it was his responsibility. With his focus on the war, he stepped up to run and win for his third and fourth terms as President.

June 7, 2020
Latest Posts
Subscribe to Blog via Email
Did you know?
Loading...
Facts of the Day
Registration is disabled.