As it is with a number of mammals, cats are among the most notable prolific breeders when it comes to matters of reproduction. Since their gestation period lasts averagely 63 to 66 days, Queens (a term used to refer to unspayed female cats), can be able to reproduce up to 3 times a year. However, it is worth noting that as they grow older, their reproductive capacity will begin to decrease and she will begin to bear fewer kittens per litter, because of the stress involved in giving birth multiple times in a year and just like human beings, her fertile years will also begin to fade away. 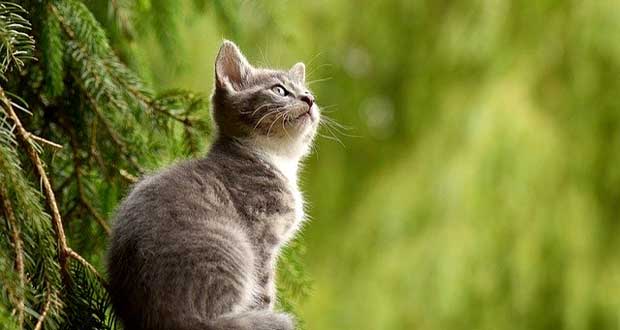 Factors That Affect the Number of Kittens in a Litter

There are a lot of factors that influence the number of kittens born in a litter. These factors range from the individual mother’s age and health because healthy or well-nourished Queens will have fewer stillborns, or even kittens born with defects and instead, have more healthy kittens born in the litter. Research has also shown that the type of breed will also influence how many kittens will be born in a particular litter.

For instance, Siamese, Oriental or Burmese cat breeds are known to have larger litters of 6 to 8 kittens especially if accorded excellent veterinary supervision and are in good health compared to their Persian type counterparts.

Other factors that may influence the number of kittens born in a litter include Genetic histories of both parents, the level of stress that the Queen may have undergone, and certain feline infections. If the Queen has an infection, her fertility will greatly decrease thus affecting the size of the litter. Some of these Infections result in stillbirths if the Queen is infected early in her pregnancy and sometimes even abortion of the litter.

A young, first time Queen will typically give birth to 1 or 2 large kittens. Because they are quite large, they might not be able to pass through the birth canal easily and in order to save the Queen’s life and the lives of that of her kittens, a C-section might be recommended by the veterinary office. For the subsequent litters, the average time of birth between one kitten to another could range from 10 – 60 minutes.

To know the number of kittens per litter, an experienced vet may gently press the Queen’s uterus to get a rough idea of how many embryos there might be since each kitten is in its own membrane filled with fluid meant to protect the fetus.

This process is known as Palpation though it’s not a very accurate method to check how many kittens there are in that litter because of the high possibility of missing the mark. Another way to know the number of kittens in a litter is through carrying out an Ultrasound but the most accurate method is to perform an X-ray later on in the pregnancy. 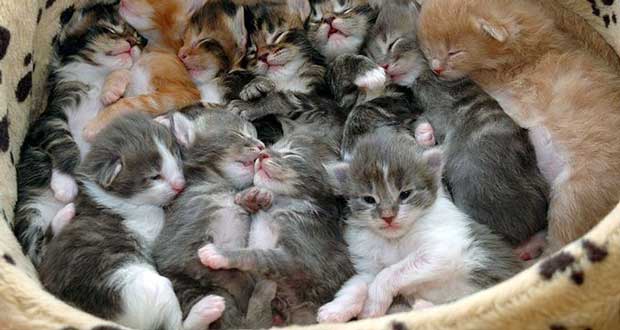 On August 7th,1970, a litter of 19 kittens were born to a 4-year-old Burmese/Siamese Queen called Tarawood  Antigone, which belonged to Valerie Gane in Kingham, Oxfordshire, the U.K as recorded in the Guinness World Records, making this the largest litter in history to be recorded as a single birth. Of those 19 kittens born, four of them were stillbirths, while of the 15 surviving kittens only one was female.

On average, it is estimated that female cats give birth to 3-4 kittens per litter, and sometimes, not all of them survive. Since cats don’t exactly go through menopause, they usually continue to give birth throughout their entire life unless they are spayed. If for example, they give birth 3 times a year, to an average of 4 kittens per litter, it simply means that you will have 12 kittens per year and since most cats can live between 12-15yrs, that means you may not be able to keep up with the kittens born every few months.

That is one of the reasons why some cat owners decide to have the Queen spayed because she may not have adequate milk to feed the kittens and the weaker or smaller ones may die and also, it’s an uphill task trying to house and adequately take care of all those lovely kittens.

What’s something you’re glad your friend introduced you to?