Amid the explosiveness of World War II in 1941, the popular comic, “Captain America,” was published by Marvel. Essentially a superhero story, it was created by two renowned cartoon artists: Jack Kirby and Joe Simon.

Captain America was portrayed as a super-charged, patriotic soldier who fought bravely in World War II battles against the Axis powers. It proved to be one of the most beloved war-time comic characters ever. Despite its discontinuation in 1950, they later revived the title in 1953. From 1964, the book has continued in publication, winning significant support from its readership. Marvel Comics revived the hugely nostalgic title.

Surprisingly, he was famously the first comic character to be featured outside the comic world into the mainstream media. In 1944, the book inspired the production of Captain America, a famous movie series released in 1944. The explosive comic character has since featured in several other TV and movie series around the world.

Facts About the Golden Age Character 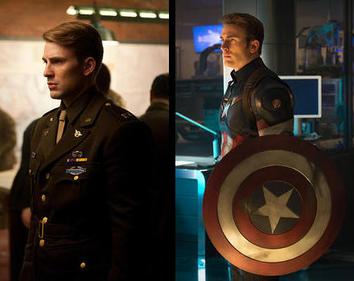 Where did the Captain America story begin? The renowned creators of Captain America, Kirby and Simon, first came up with an aspiring army recruit character known as Steve Rogers. Sadly for the soldier-to-be, Rogers was soon rejected by the recruiting officers for being too scrawny.

Undeterred by this humiliating rejection, Rogers gladly offers to be something of a guinea pig, being injected by a top-secret drug that quickly transforms him into a remarkable “super soldier.” 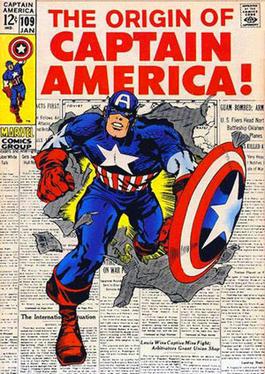 What follows is known to enthusiasts of the comic entertainment world. Steve Rogers not only gains the coveted Captain America title, he soon appears in the trademark white, red, and blue costume. The fervently patriotic, nationalistic, and iconic attire matches strikingly with the famous shield, beautifully adorned with the identifying stars and stripes.

Yes, Rogers is now recruited into the US Army, together with Bucky Barnes, the regimental mascot. From now on, Rogers has only one mission: to fight with and eliminate the Nazis.

2. He Contended with Red Skull 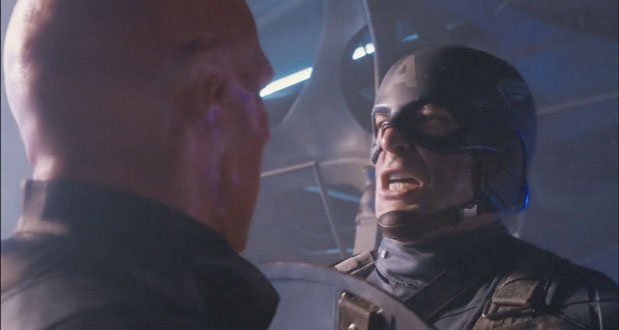 Rogers soon meets a host of ‘people’ and strange villains, including Ivan the Terrible, the Black Toad, and The Hunchback of Hollywood. Regardless, one of the most formidable nemeses of Captain America in those early days is the fearsome Red Skull. This is a seemingly invincible and virtually unconquerable Nazi fighter. He is also fear-inspiring in appearance, wearing a crimson skull face. The encounter that follows is not only fast-moving but also gripping. 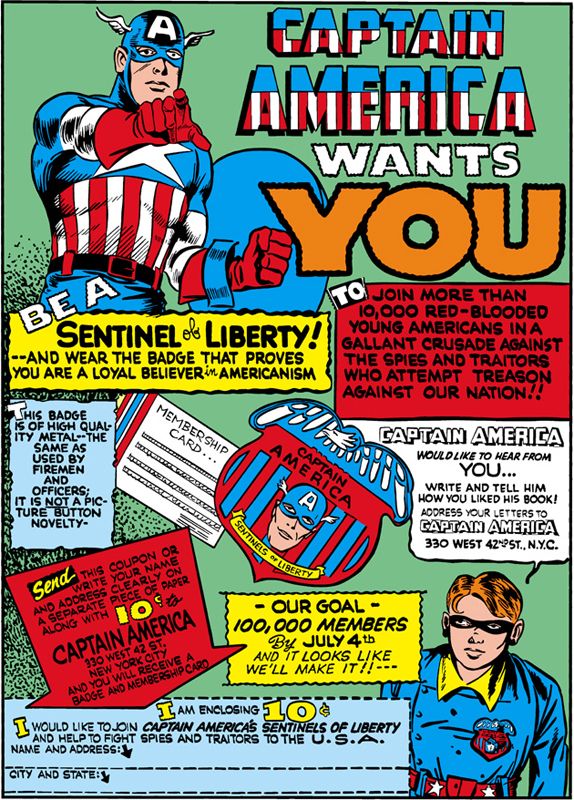 The daring comic soon became one of the most loved, widely-read books of the Golden Age. The audience closely identified with the hero: Captain America. No doubt, the title met virtually unprecedented success. Many hungry, young consumers of “Captain America” even formed a famous club.

It was named the “Sentinels of Liberty Club.” The membership came complete with a metal badge and membership card. It became so popular that they had to suspend the badge promotion due to metal-rationing measures imposed during the World War. 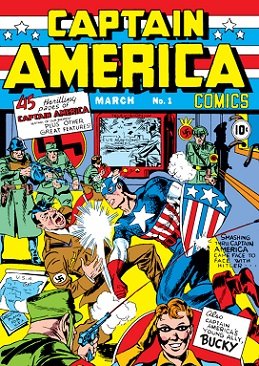 By 1941, during the infamous Pearl Harbor attack, the “Captain America” comic title had become the publisher’s best-selling book. As World War II raged, Bucky and Captain America viciously battled against the Axis powers on one front after another. The iconic place of Captain America was sealed in 1944 when the character won the top-rank Republic Pictures Serial.

In an anticlimactic scene set in the last days of the War, the principal characters, Captain America and his colleague Bucky, are engaged in an attempt to detonate a drone aircraft bomb. The plane, however, explodes in the ice-covered North Atlantic. As the movie ends, Bucky goes missing while Captain America floats-seemingly dead-in the water.

The big question remained in the minds of the ‘distraught’ audience – is this the end of the legendary Captain America? 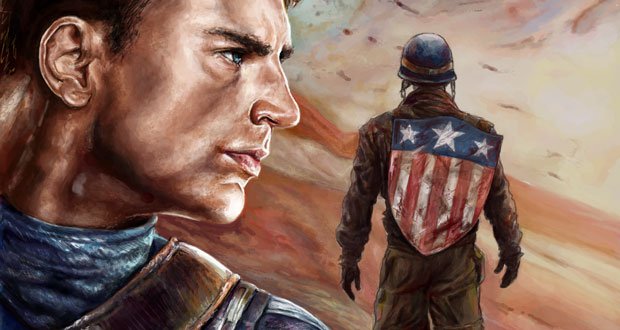 Despite its fictitious nature, the epic Captain America series mirrored the highlight of events in the deadly World War II.

Apart from the sheer horror of the most fear-inspiring war in man’s history, the story also depicts the unlikely tales associated with the war heroes, romantic experiences of prisoners-of-war, and the human nature of battle-hardened career soldiers. It shows the funny side of life amidst the vicious interaction of man, machine, war, and death and the triumphs and failures of those who are widely assumed to be “superhuman.” 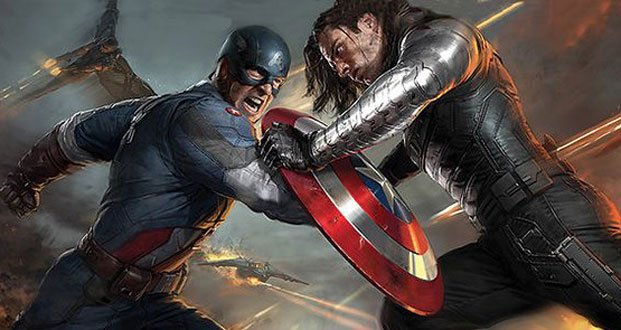 Captain America remains one of the most popular comic stories ever told in the post-World War II era. It also ranks as a best-selling title that went beyond the realms of a mere comic strip to grace the media and movie halls in equal measure. Despite being a celebrated work of fiction, Captain America earned the unlikely accolade as a formidable mirror of World War II and the post-war era.

20 Kickass and Interesting Facts About Spies

A collection of torture devices