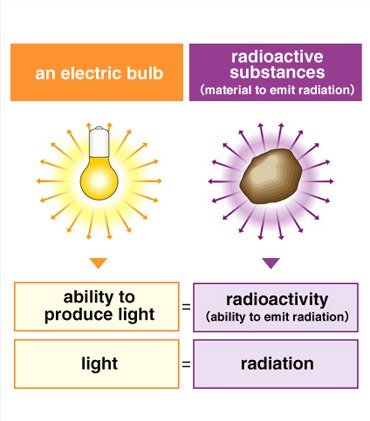 Radiation is like light, radioactive things are like the light bulb. Radiation is not some some sticky stuff that stays on you, if the radioactive source disappears so does the radiation. Radioactive contamination is due to radioactive material like dust or gases entering your body and hanging out there emitting radiation. Thankfully most radioactive stuff is not retained by the body so if if you accidentally ingested plutonium or uranium dust it would release radiation inside of you but it has a biological half life and within a few days or weeks you’d poop most of it out and it would stop harming you. The dangerous stuff is Cesium and strontium which stay in the body for a long time and keep releasing radiation.

There are different types of radiation 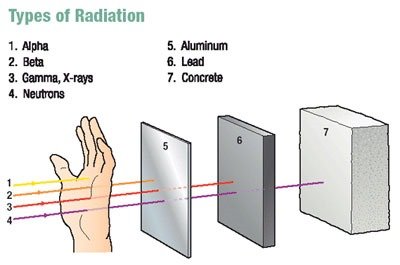 Alpha radiation is the most common type of radiation emitted and unless you eat something that emits alpha radiation then it is not very harmful but of course like all ionizing radiation it’s always a good idea to limit exposure as much as possible. 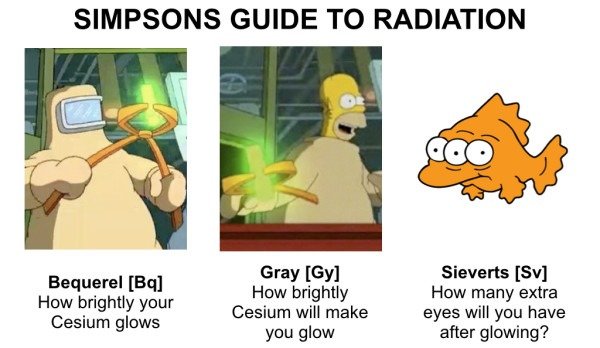 Something can be radioactive but not very harmful, like you saw in the previous picture some types of radiation are more penetrating than others, some have different effects on the body. A measurement like the Sievert takes into account the type of radiation, the amount absorbed and the biological effect of the absorbed dose.

Most of the radiation you receive is natural 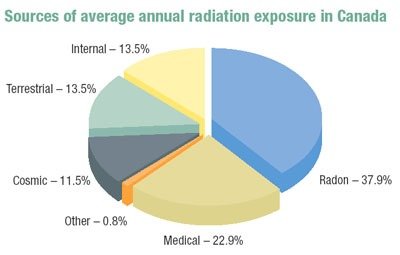 Most of the radiation you get will be from natural sources like radon gas seeping out the ground or cosmic rays. 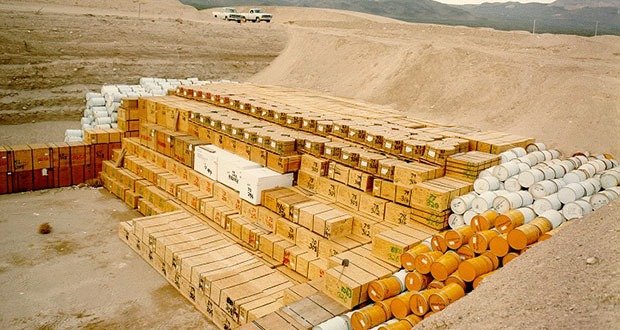 Low level radioactive waste is made out of stuff like clothing and tools that are exposed to radioactive substances and thrown away, most of it is not dangerous and it is disposed off in special landfills.

This is a pure uranium ingot 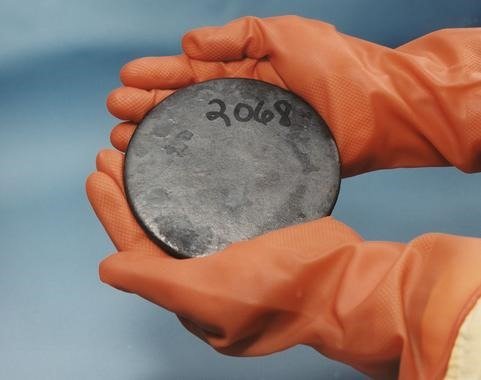 Notice that it’s not killing anyone! Radioactive materials are like fires, fire that burn fast are also hotter and slower files burn longer, uranium has a half life of a few billion years so it “burns” pretty slowly and consequently gives off little radiation until you start shooting neutrons and what not. If the guy was holding an ingot of cobalt-60 there would be some major problems but uranium is not like that, you can hold it, it has all the dangers of any heavy metal like lead but it’s not going to jump out and kill you if you are wearing appropriate clothing. 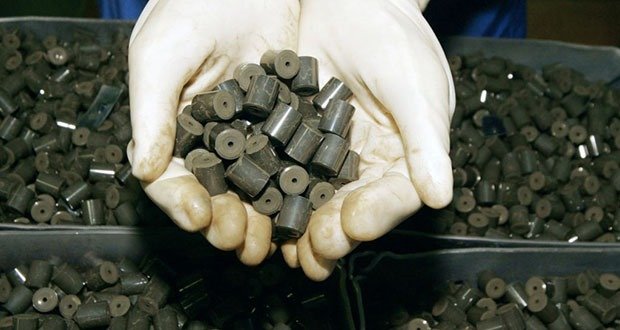 These are nuclear fuel pellets kind of like wood pellets for those wood stoves but they cost about $300/lb and they don’t burn well in pellet stoves. Notice the person holding them is wearing rubber gloves to shield themselves from the small amount of Alpha radiation emitted by the uranium and they are not dying ether. The uranium is not overly radioactive now but when this baby goes into the reactor, you’re going to see something serious. 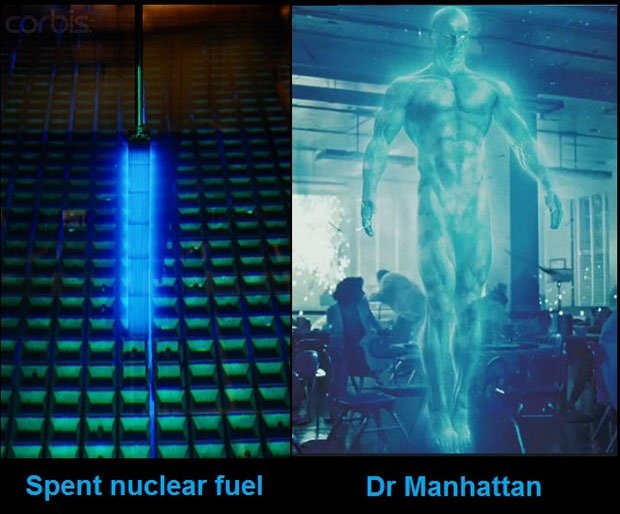 After being inside a reactor for about 2 years, the fuel starts to run out of the fissile U-235 so in a light water reactor they would turn the reactor off and replace the fuel. In some reactors like the Canadian CANDU reactors they can replace the fuel without shutting the reactor down. Most reactors can stop the fission reaction almost immediately (within a few seconds) and then the decay heat from the fuel will slow down exponentially over time. Within a few hours less than 1% of the reactor’s power output will be given off in the form of residual decay heat. Despite the greatly reduced radioactivity, the fuel still glows blue in water from Cherenkov radiation just like Dr Manhattan.

Why is spent nuclear fuel dangerous? 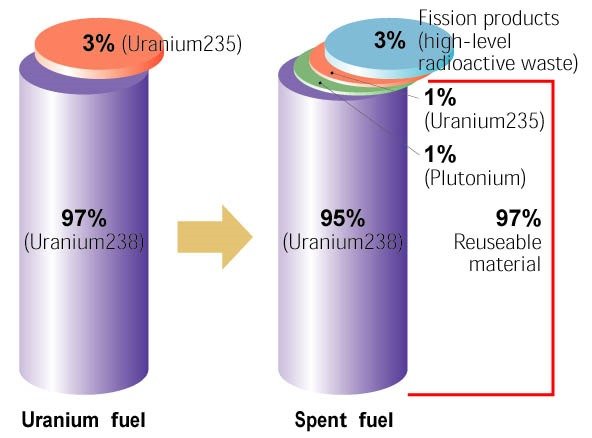 You might have noticed that fuel going into the reactor was safe enough to for people to handle with gloves and the stuff coming out glows blue. A reason for this is because splitting atoms produces smaller atoms that are often radioactive, a lot of different stuff gets produced and depending on how the neutrons banged into atoms, all sorts of things happens like atoms splitting, atoms absorbing neutrons, neutron capture, beta decay. It’s a big hot atomic orgy going on for the last 2 years and there are a lot of stuff left over and some of that stuff is useless garbage, most of it the nearly harmless U-238 and a minority of it is the highly radioactive and especially dangerous stuff like cesium-137 and strontium-90 but thankfully those things have half lives of 30 years or so. 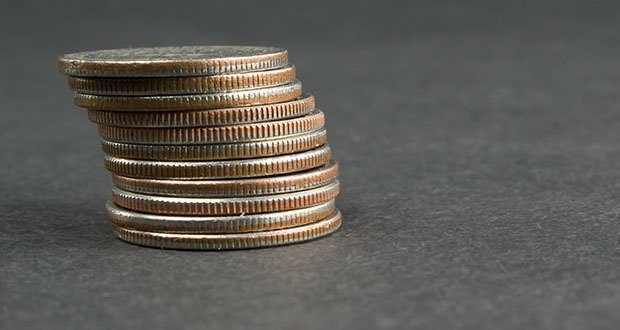 If all the power in the US were generated by nuclear then about 39 grams of spent nuclear fuel would be produced for generating the electricity for each person, a stack of 7 quarters is equal to that weight and the actual uranium fuel would take up half the volume since uranium is twice as dense as the copper and nickel that quarters are made of. 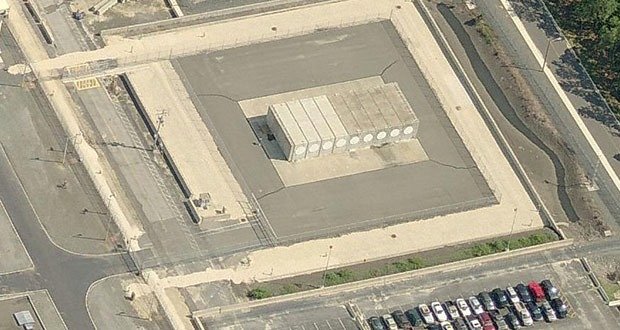 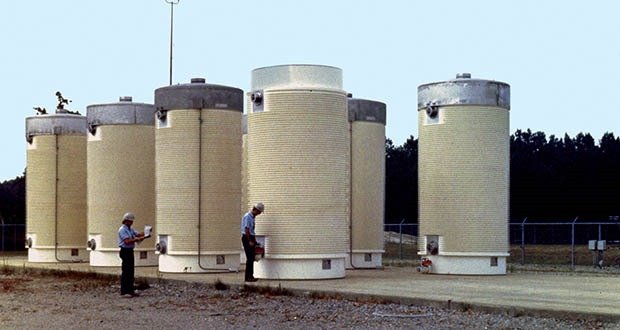 Here is the spent fuel it has accumulated in dry storage. It does not take up much space, not hurting anyone, it’s just hanging out. The storage containers for spent nuclear fuel are not that big, they take up about as much space as a parked car, a typical storage cask can hold about 20 tons of spent fuel which is about as much as a reactor would use in 2 years.

The containers in which the spent nuclear fuel is stored are very strong. They can withstand being hit by a rocket powered locomotive and then lit on fire without exposing the contents to the environment. 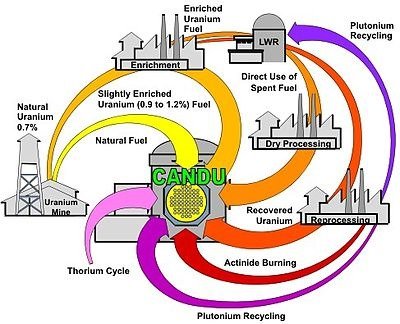 Spent nuclear fuel can be reused, plutonium produced in light water reactors can be extracted by nuclear reprocessing and used to make new fuel called MOX or mixed oxide fuel. It is also possible that the U-238 isotopes can be transmutated to more useful U-235 isotopes.

“Well what if terrorists used it to make a dirty bomb?!?!” 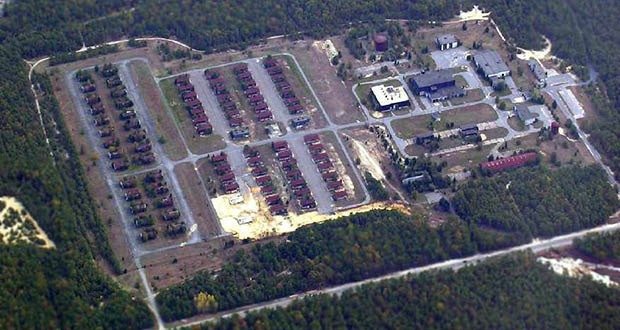 In the state of NJ in the 1960’s there was a missile base in McGuire air-force base in New Egypt that has several BOMARC missiles which was a long range anti aircraft missile with a nuclear warhead and one day out of the blue one of the missiles just kind of caught fire and blew up with the nuclear warhead, spraying radioactive stuff all over the place. Long story short, the air force paved over the site to block the radiation and then just recently after people protested they spent a few million dollars to cart off a few hundred thousands cubic yards of contaminated dirt away to a toxic waste dump far away and called it a day. Despite having a nuclear missile explode the air force base never closed down. The area is still safe to live in and nobody died. 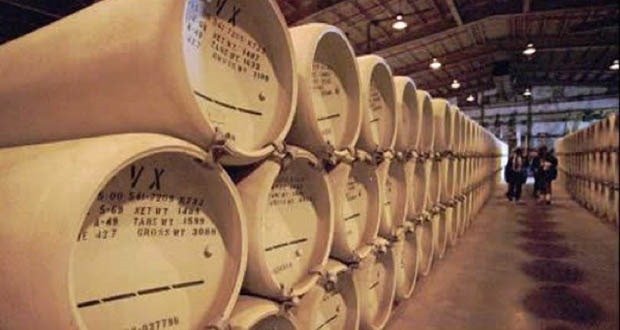 There are plenty of deadlier things than spent nuclear fuel that might sneak up and cause problems like the thousands of tons of VX nerve gas, mustard gas and chemical and biological weapons in storage all around the country, so don’t worry…at least about spent nuclear fuel.

All the money in the world, in perspective (Infographic)