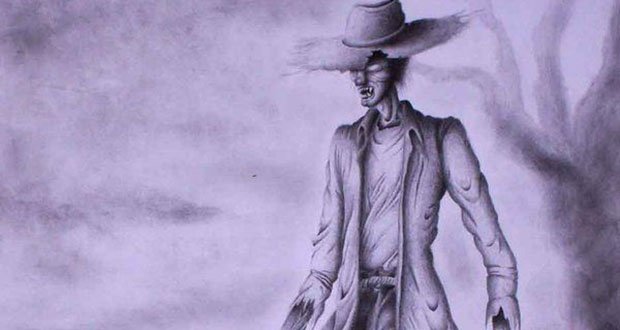 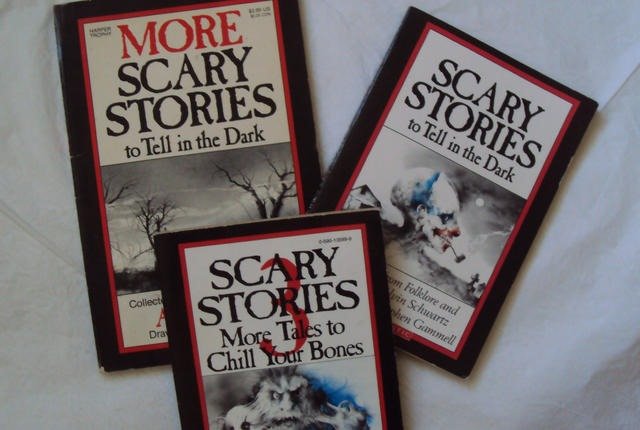 Alvin Schwartz, the author and adapter behind the Scary Stories trilogy, actually began his career as a journalist, writing for The Binghamton Press from 1951 to 1955. He also had a penchant for wordplay, saying that creating rhymes is a good way for “people to express their feelings without getting in trouble.” After Schwartz left journalism, he started working for a research corporation, which he couldn’t stand, and began doing that part time, devoting the rest of his hours to writing books. One of his first published works was “A Parents’ Guide for Children’s Play.” His journalistic instincts and whimsical leanings are probably to thank for the Scary Stories’ characteristic surrealism and eerily matter-of-fact storytelling.

The tales were based on folklore 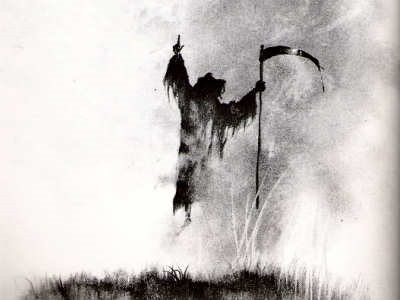 Research was a huge part of Schwartz’s process for all his books. When writing his book Witcracks, Schwartz turned to the archives at the Library of Congress and those of the president of the American Folklore Society, using that research and his connections for Scary Stories. Among his sources were books like American Folk Tales and Songs and Sticks in the Knapsack and Other Ozark Tales. He also drew from publications like The Hoosier Folklore Bulletin and interviewed folklorists. 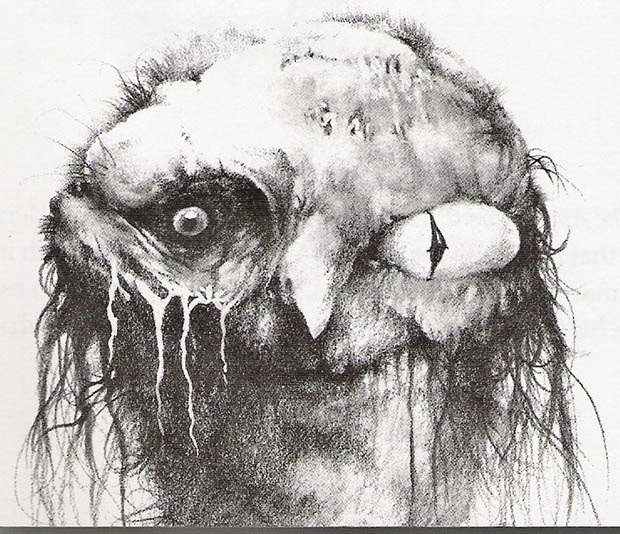 “Some of these tales are very old, and they are told around the world,” Schwartz wrote in the foreword to Scary Stories to Tell in the Dark. “And most have the same origins. They are based on things that people saw or heard or experienced—or thought they did.”

When asked about his writing process for an interview with Language Arts magazine, Schwartz said, “Basically, what I do with every book, is learn everything I can about the genre. This will involve a lot of reading and scholarly books and journals and sometimes discussions and scholarly folklorists … In the process of accumulating everything on a subject, I begin setting aside things that I particularly like. What’s interesting is that eventually patterns emerge.”

The first Scary Stories book was released in 1981, and Schwartz would go on to write two more—More Scary Stories to Tell in the Dark and Scary Stories 3: More Tales to Chill Your Bones—before his death in 1992. 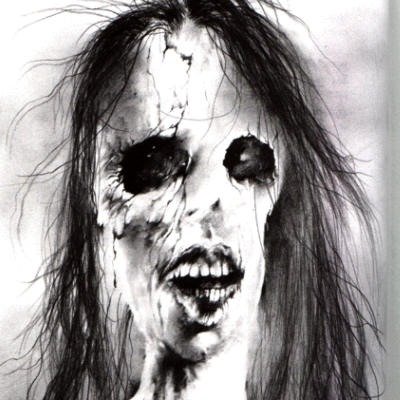 By the time the Scary Stories series reached the height of its popularity in the early ’90s, the book was condemned by parents nationwide. “There’s no moral to [the stories],” former elementary school teacher and mother Sandy Vanderburg told the Chicago Tribune. “The bad guys always win. And they make light of death. There’s a story called ‘Just Delicious’ about a woman who goes to a mortuary, steals another woman’s liver, and feeds it to her husband. That’s sick.”

One parent even made a connection between Schwartz’s book and a serial killer, citing the story “Wonderful Sausage,” about a butcher who puts people through his sausage grinder and sells the meat to his patrons. “Right away I thought of Jeffrey Dahmer,” Jean Jaworski, then the mother of a fifth grader, told The Argus-Press in 1995. “It’s just not appropriate for children.” She asked the school board to remove the book from the library, but a special committee voted unanimously to keep the books, and the school turned down an appeal.

…But that didn’t bother Schwartz 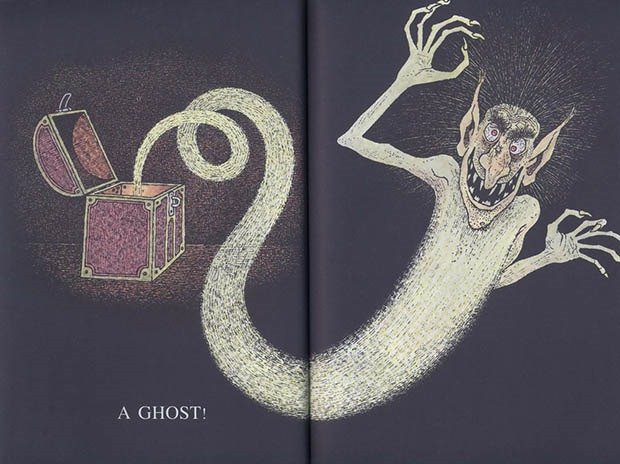 When discussing how a Christian group had tried to get his book, In a Dark, Dark Room, banned from a Denver library, Schwartz said he wasn’t surprised. Instead, he said, he was “pleased to have that kind of attention. It was ironic and pleasing that, at the same time, their ideas were rejected by the children.” 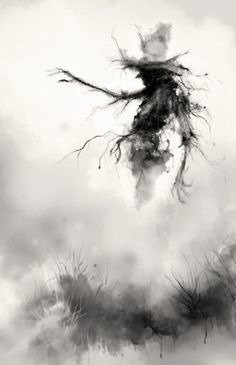 The books’ nightmarish illustrations are perhaps as well remembered as the stories themselves—and even less pleasing to parents. One father, J. Daniel Merlino, who called for the books’ removal from his local school’s library, told The Hartford Courant that “I can appreciate the creativity. But the images in those books are surreal. A throat being torn out. A liver being eaten. These images are the stuff of nightmares.” 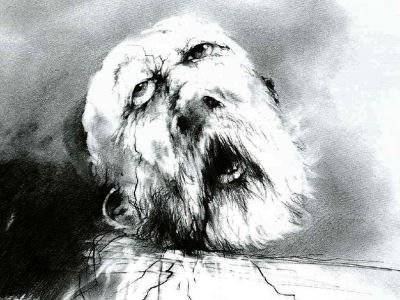 Michael Wohlgenant, whose 7-year-old daughter had nightmares for months after reading “Wonderful Sausage”—its illustration involved a dismembered hand holding a forkful of human flesh—also pushed for the books’ removal. “You entrust your child to the care of school officials when you send them to school,” he said. “You don’t expect them to be traumatized and harmed.”

Stephen Gammell, the mastermind behind the creepy drawings, won a Caldecott Medal for picture book illustration for his work in Karen Ackerman’s Song and Dance Man in 1989. Though these illustrations were slightly more lighthearted, they showcased the splotchy, watercolor-heavy style that’s exemplified in the artist’s grim, surreal Scary Stories illustrations. 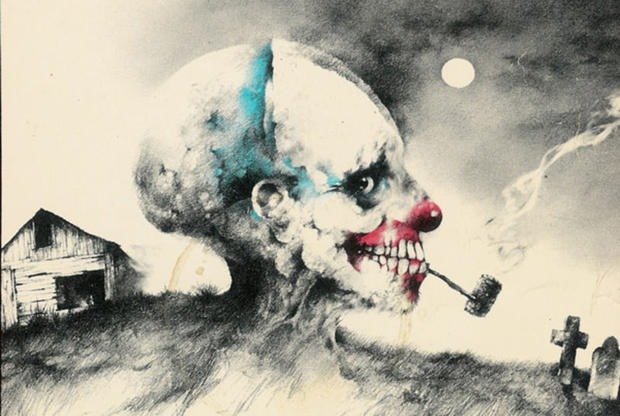 When HarperCollins released a new version of the Scary Stories books to commemorate the series’ 30th anniversary, fans were dismayed to see that Gammell’s illustrations had been removed. The reprint features new illustrations by Brett Helquist, whose excellent work you may recognize from the Series Of Unfortunate Events books.

The newer, less creepy illustrations provoked outcry from those who grew up with the books. 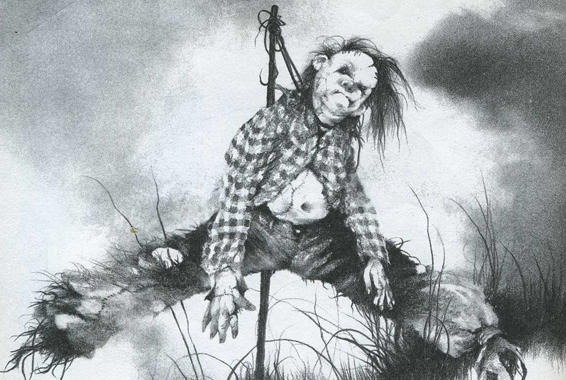 The books fall between the 600 and 760 Lexile mark (a system used to organize reading levels), meaning that the books’ vocabulary level is most suited for fifth graders. Some of the Scary Stories vocabulary words highlighted by the Lexile system were “clink,” “blunt,” “shrouds,” “drafty” “afire,” and “shatter”—further proving that the series’ simple vocabulary doesn’t rule out spooky content. 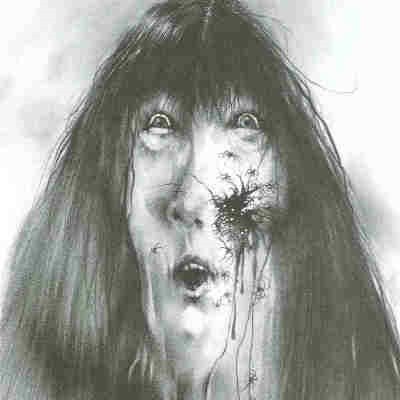 The story “The Red Dot” may have instilled a deep fear of spiders laying eggs in your face, but don’t worry—according to the National Geographic, it’s not likely to happen. May Berenbaum, entomologist at The University of Illinois, explained that a spider’s egg-laying structure isn’t equipped for injecting. “I suppose a spider could drop or plaster eggs on the skin’s surface,” Berenbaum said, “but it’s not clear why a spider would want to do such a thing.”

One tale goes back to The Brothers Grimm 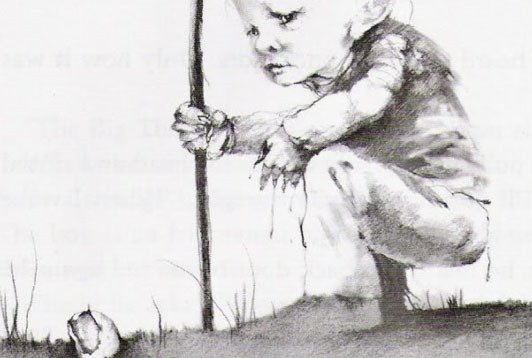 “The Big Toe,” the notorious story in which a starving boy finds a human toe in the ground and makes the terrible mistake of eating it, is based on an old folktale that dates back to early 19th century Germany. (Maybe not surprising; this is the country that brought us Der Struwwelpeter, after all.) Mentions of the tale were first found in the Grimm Brothers’ notes, and a version of the story—with an arm replacing the titular toe—was later a prominent feature of Mark Twain’s public speaking appearances. When he was done speaking, Twain would jump into the crowd and scream at an unsuspecting audience member.

There are many versions of the story “High Beams”

Because the tales featured in the Scary Stories books came from folklore, there were many different versions of the stories floating around—and “High Beams” was no exception. The story features a girl driving home alone from a nighttime basketball game. “There is a car following her and periodically the other driver will turn up his beams,” Schwartz said. “She can’t understand what is going on, and she becomes progressively more frightened. As it turns out, there was somebody sitting in the back seat. He had slipped in when she left and each time he rose up to assault her the guy in the car in back of her turned on his high beams.”

The story, he said, is one that’s “told all over … It appears in a dozen different versions. … All of these stories, and there are scads of them, are really saying: ‘Watch out. The world’s a dangerous place. You are going out on your own soon. Be careful.’” 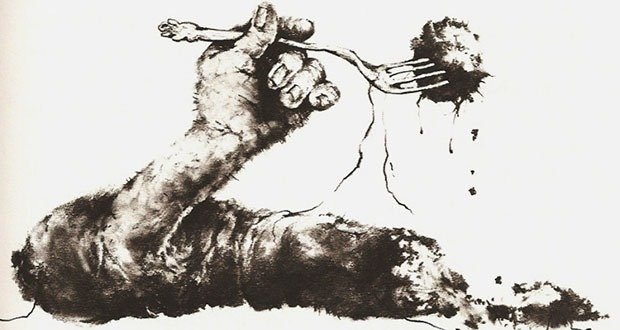 Schwartz said that he’d heard a fragmented version of the tale, “which is about a butcher who is sort of a prototypical Sweeney Todd,” in New Orleans. But it was also inspired by a song he learned as a kid at Scout camp called “Dunderbock and the Sausage Machine.” That butcher in the song, Schwartz explained, made sausage from dogs and cats, “and one day the machine slips or falls and he goes into the machine himself. This is the end of [the song]: ‘His wife had the nightmare. / She walked right in her sleep. / She grabbed the crank, gave it a yank, / And Dunderbock was meat.’” You can listen to a version of the song here.

There was at least one story he wouldn’t feature 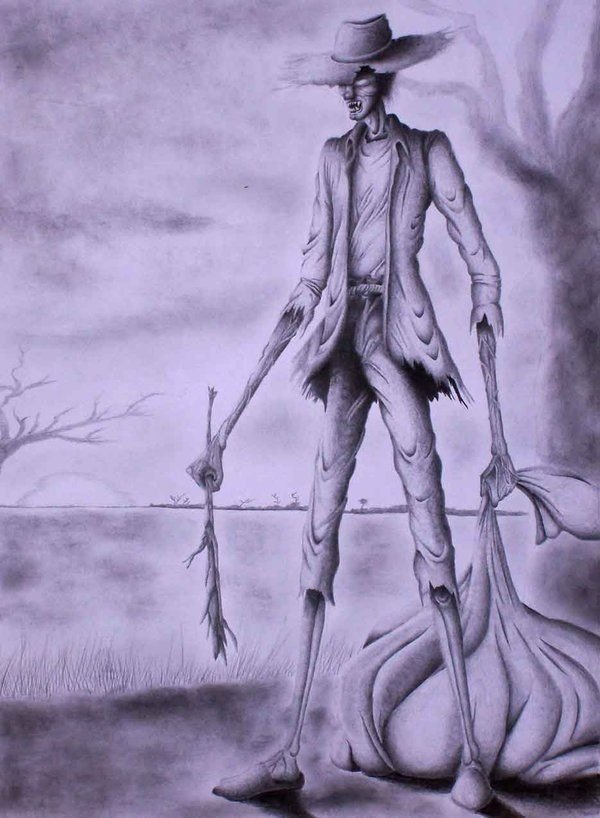 Schwartz said that he only implied violence in his stories, and opted for gore instead. There was at least one story that he said he found very upsetting:

“Infanticide … is a theme in American folklore and European folklore. There is an Ozark folktale … in which a man in his youth goes away and travels and becomes quite successful. His parents are quite poor. He comes back one night after many many years have elapsed and he looks completely different. He thinks he will therefore surprise them. He has come back with a lot of money and he wants to give it to them. They have an inn and he takes a room there for the night. They don’t recognize him and he thinks that in the morning he will announce that he is their son. Well, they murder him during the night for his money. It’s a marvelous story but I would not put it in one of my books. … This kind of thing I avoid.”

May 11, 2016
Latest Posts
Subscribe to Blog via Email
Did you know?
Loading...
Facts of the Day
Registration is disabled.