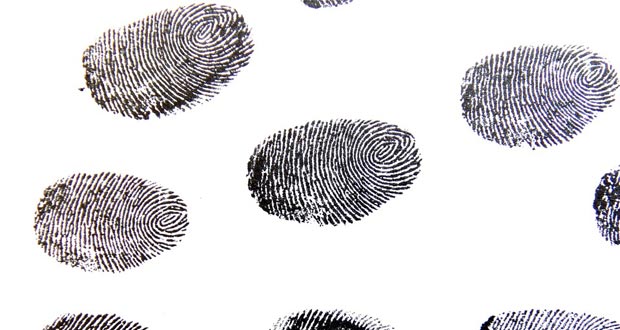 1. Our fingerprints are developed while we’re still in the womb and are unique based on our movement, location in the womb and composition of our mother’s amniotic fluid. – Source

2. A death row inmate in Tennessee discovered there were untested fingerprints that had been found at the original crime scene. In a last-ditch effort to prove his innocence, he successfully petitioned a judge to have the tests run. They were found to be his own fingerprints. – Source

3. A hacker was able to recreate the fingerprint of the German Defense Minister from a photograph. This is the same hacker who defeated Apple’s thumbprint verification within 24 hours of the release of the iPhone 5S. – Source

4. The Church of Scientology ran several smear campaigns against author Paulette Cooper, one of their critics, including Operation Freakout, the goal of which was to have her admitted to a mental institution. Another, Operation Dynamite, used Cooper’s fingerprints to send bomb threats to the Church. – Source

5. A 73-year-old woman bought a painting from a thrift store for $5 only to later discover that thanks to a fingerprint on the canvas, it was actually an unsigned Jackson Pollock worth millions of dollars. – Source

7. Rolls-Royce offers a course called “White Glove Experience” to teach chauffeur’s how to, among other things, minimize fingerprints on door handles and brake the car without kickback. – Source

8. In crime-infested Ciudad Juarez Mexico, a city bordering Texas, a forensic expert Alejandro Hernandez uses a secret technique that he created, to rehydrate murdered mummified bodies making it easier to identify fingerprints and facial features from victims left to rot in the desert. – Source

9. Cops “mark” your driver’s side tail light or trunk with their fingerprints when they pull you over, just in case something goes bad for them. – Source

10. If a dead body goes undiscovered long enough for skin-slip to start and there’s no one to identify the body, forensics can cut the skin around your wrist, slip the skin off, and wear it like a glove in order to get the fingerprints. – Source 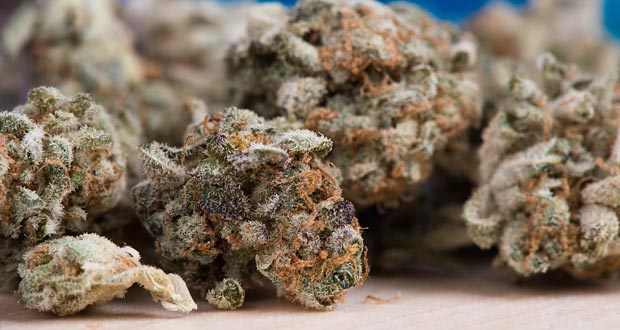 11. There are “marijuana vending machines” in the United States which allow prescribed users to scan their fingerprints to acquire a medicinal dosage of marijuana. – Source

12. Adermatoglyphia is a disease where people are born without fingerprints. It is exceedingly rare, affecting only four known extended families worldwide. – Source

13. The world’s oldest fingerprint was discovered in Kuwait on a piece of broken clay pot dating from the Stone Age. The print is 7,300 years old. – Source

14. In 2007 CBS released a CSI toy which included a fingerprint dusting powder that contained up to 5% asbestos. Finally, 20 months after an asbestos victims’ organization made this fact public a recall was carried out. – Source

15. Whilst hiding out at Leatherslade Farm the robbers involved in executing The Great Train Robbery, played Monopoly with the real money they had just stolen; leaving incriminating fingerprints on the board game which led to the arrest and imprisonment of most of the gang. – Source 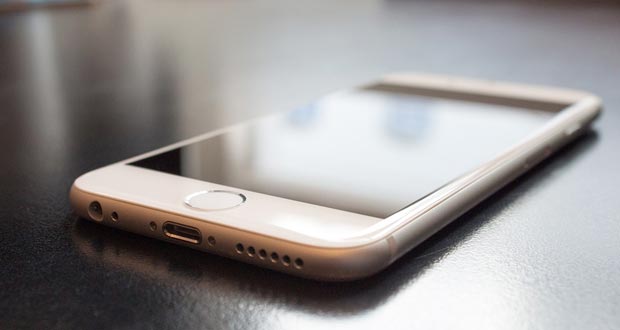 16. Apple’s iPhone Touch ID can tell a difference between the fingerprint of a living and deceased person, so if you are dead no one would be able to access your iPhone using your touch ID. – Source

18. Fingerprints can now be evidence of drug use. A handheld device uses a gold nanoparticle solution which sticks to the breakdown products of drugs as they sweat out through the pores in the fingertips. The particles are stained with a fluorescent dye which leaves a fittingly trippy pattern. – Source

19. Identical twins are indistinguishable via DNA testing, but fingerprints can still tell them apart. – Source

20. Richard Ramirez, the Night Stalker of Southern California in the 1980’s, was one of the first criminals apprehended by the use of the DOJ’s Automated Fingerprint Identification System. – Source