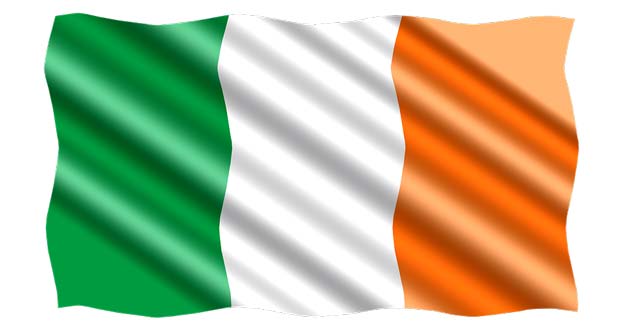 21. There is an island off the coast of Dublin, Ireland that has a population of wallabies. They are the descendants of animals that Dublin Zoo could no longer care for due to overcrowding. – Source

22. The law governing firearms in Ireland used to consider airsoft guns legally equivalent to 20mm anti-tank rifles, as the law failed to specify a minimum energy for a gun’s projectile. – Source

23. There is an ancient temple in Ireland that predates Giza and Stonehenge. During the winter solstice, light penetrates through to the burial tomb for about 19 minutes. – Source

24. All polar bears alive today can trace their ancestry back to one female brown bear who lived in Ireland. – Source

25. The most popular sport in Ireland (Gaelic football) is a completely amateur sport. The players play in front of around 80,000 people and don’t get paid. – Source

26. Blue is officially the national color of Ireland, even though green is more popular. – Source

27. An episode of Star Trek The Next Generation was banned in Ireland and the UK because it referenced how Ireland was unified in 2024 after a successful terrorist campaign. – Source

28. Until 1985, you needed a prescription to buy condoms in Ireland. – Source

29. A motorway in Ireland was delayed by 10 years and then rerouted to protect a tree that was thought to belong to fairies. – Source

30. Until 2006 U2 paid no tax in Ireland due to an exemption for artists. When the exemption was capped at $315,000, the band moved its accounts to the Netherlands, rather than face a multi-million tax bill for album sales and royalties. – Source

31. A town in Ireland hosts a fair in which a goat is crowned king for 3 days and hoisted on a 40-foot pedestal. – Source

32. In 2006 Ireland blocked the US from transporting arms to Israel through Shannon Airport, “segments of the Irish public see the airport as a symbol of Irish complicity in perceived US wrong doing in the Middle East.” – Source

33. In 1925, a recently independent Ireland spent the one fifth of its annual budget on a Hydro-Electric Plant in efforts to modernize the country. At its peak, it provided 96% of Ireland’s electricity, but today it provides around 2%. – Source

34. Ireland’s first ever Olympic medal (silver) was for painting. – Source

35. In Ireland, one can sign up for an inexpensive, mutually beneficial arrangement for owners who need minders for their dogs, and dogless folk, who love dogs but prefer to love them in a part-time sort of way. – Source

36. A ‘Standard Drink’ in Ireland has 25% extra alcohol than in Britain. – Source

37. Blasphemy is still a crime in Ireland. – Source

38. There is a village in Limerick, Ireland called Hospital. It does not have a hospital. – Source

39. Parades are a means of political combat in Northern Ireland. Unionists and nationalists hold hundreds of competing for parades that may cause violence if they enter territory belonging to “the other side”. The government often bans/reroutes parades to avoid problems. – Source

40. In Northern Ireland, ring doughnuts are known as ‘gravy rings’ due to the word ‘gravy’ being an archaic term for cooking oil. – Source

August 29, 2017
Latest Posts
Subscribe to Blog via Email
Did you know?
Loading...
Facts of the Day
Registration is disabled.