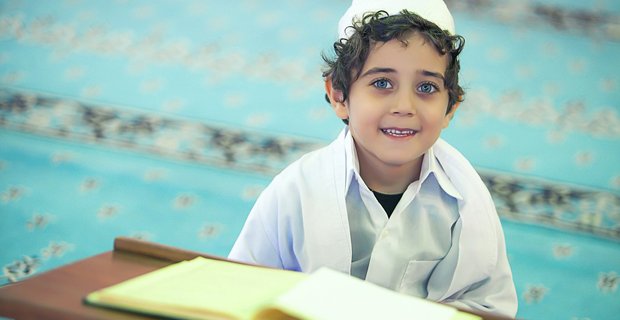 1. King Amanullah Khan of Afghanistan (1919-1929) once gave a public speech in which he said: “Islam did not require women to cover their bodies or wear any special kind of veil”. At the conclusion of the speech, Queen Soraya tore off her veil (hijab) in public. – Source

2. Vladimir the Great of Russia was confronted with the choice of converting Russia to Christianity or to Islam. He eventually chose Christianity, because of Islamic teaching on alcohol, saying, “Drinking is the joy of all Rus’. We cannot exist without that pleasure.” – Source

3. There was a popular myth in many middle eastern countries that Neil Armstrong had converted to Islam upon hearing the call to prayer on the moon, going as far to require the state department to issue a denial. – Source

4. Dave Chappelle converted to Islam in 1998. He said, “I don’t normally talk about my religion publicly because I don’t want people to associate me and my flaws with this beautiful thing”. – Source

5. A man can divorce his wife in Islam simply by saying ‘Talaq” (I divorce you) three times to his wife. – Source

6. Usury, the practice of giving loans that unfairly enrich the lender (e.g., interest), is condemned in most religious texts, including those of Islam, Buddhism, Christianity, Judaism, and others. – Source

7. During Islam’s Golden Age, scientists were paid the equivalent of what pro athletes are paid. – Source

8. The Nation of Islam believes that white people were made by a black scientist named Yakub (Jacob) 6600 years ago. The whites were exiled to Europe. They lived in caves and were eventually drawn out by Moses. Moses tried to civilize them, but he gave up and blew up 300 of the worst with dynamite. – Source

9. The Buddha’s story appears in Islam as the legend of Budasaf. – Source

10. Islam allows abortion given that the pregnancy is a threat to the women’s life, in the case of rape or fetal deformity or if the fetus is less than four months old. – Source

11. The star and crescent on the Turkish flag are unrelated to Islam. Instead, they represent the ancient Turkic sun and moon deities, Gün Ana and Ay Ata. – Source

12. One of the reasons why Sikhs started carrying a “Kirpan” or ceremonial dagger was to protect themselves and others from forced conversions to Islam by the Muslim rulers of India in the 1600s. – Source

13. The domestic cat is a revered animal in Islam. Admired for its cleanliness as well as for being loved by Prophet Muhammad. He reported having said that “a love of cats is an aspect of faith”. – Source

14. The Iranian government can, and will, sentence its citizens to the death penalty if they decide to change their religion from Islam. – Source

15. A group of Islamic scholars concluded that homosexuality was natural and created by God, thus permissible within Islam. – Source

16. In Islam, the Bible is considered a revelation from God which had been corrupted by men. The Quran from Muhammad came to correct this deviation. – Source

17. Shia Islam allows for “temporary marriages” that can last for as little as one hour and usually involve a financial payment from the male to the female. – Source

18. Some jazz musicians in the 40s converted to Islam to get around segregation problems. “If you join the Muslim faith, you ain’t colored no more, you’ll be white.” – Source

19. The Nation of Islam teaches that its founder, Wallace Fard Muhammad, boarded a UFO when he disappeared in 1934. – Source

20. Muhammad said about the Nejd (the birthplace of Wahhabi Islam and the Saudi family), “From that place will come only earthquakes, conflicts, and the horns of Satan.” – Source

21. There is a Hadith in Islam that states “the ink of a scholar is more holy than the blood of a martyr”. – Source

22. In a letter called the Ashtiname, Muhammad called on followers of Islam to protect Christians “in any place they may dwell.” Violators would be regarded as having “despised [God’s] Religion, and made himself deserving of his curse, whether he is a Sultan or any other believer of Islam.” – Source

23. Hitler had a favorable opinion of Islam. He viewed Islam as “a religion that believed in spreading the faith by the sword and in subjugating all nations to that faith. Such a creed was perfectly suited to the German temperament.” – Source

24. The Angel and Devil on the shoulders actually come from Islam. In Islam, everyone has two angels that sit on each shoulder and they write down the good and bad deeds of that person’s life. – Source

25. Pope John Paul II entered and prayed in a mosque, and even kissed the Quran, in an effort to improve religious relations with Islam. – Source

April 25, 2017
Latest Posts
Subscribe to Blog via Email
Did you know?
Loading...
Facts of the Day
Registration is disabled.