Here are 25 Interesting Facts About Islands. 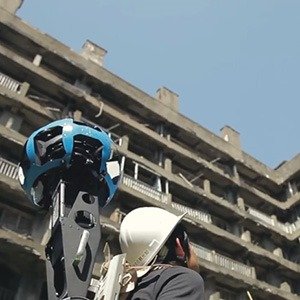 1. In 2013, Google sent a lone employee to map the abandoned Hashima Island in Japan, which was once the most densely-populated place on Earth. – Source

2. Colombian drug trafficker Carlos Lehder bought himself an island in the Bahamas where he put an airstrip, which controlled the drugs coming in from South America and entering the US. He became so wealthy that he offered to pay Colombia’s foreign debt for amnesty. – Source

3. Pig Beach is an Island in the Bahamas that is inhabited only by swimming pigs. – Source

4. If you die homeless or with no money in New York City, you are buried by prisoners on Hart Island in a mass grave, with up to 1000 per grave for children and 50 for adults, with the exception of Special Baby number 1, the first baby to die of AIDS. – Source

5. Due to its isolation, a third of the plant life on the island of Socotra (Yemen) is found nowhere else on the planet. It has been described as “most alien-looking place on Earth.” – Source 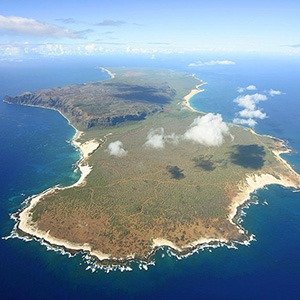 6. Two brothers inherited one of the Hawaiian islands, Niihau, and have turned down all offers to sell it, including $1 billion from the U.S. government. The Hawaiian island of Niihau has a population of 130, comprised of native Hawaiians. It is closed off to non-Hawaiians with the exception of a few tours and hunting safaris. On the island they speak Hawaiian and at the school they are taught to survive off of the island’s resources. – Source

7. In the 19th Century, Father Damien, a Catholic Priest, volunteered to help an island leper colony of Molokaʻi, saying “I make myself a leper to be with the lepers.” There he turned shacks into painted houses, cultivated farms, and started schools. Doing so, he contracted leprosy himself. He was canonized a saint in 2009. – Source

8. On the Indonesian island of Tana Toraja, if a baby dies before he starts teething, the family cuts a hole in a tree and places the dead child inside. The tree regrows around the baby and absorbs it. – Source

9. During the Nazi occupation of Greece, the mayor of the island of Zakynthos was ordered to make a list with the names of all Jews on the island. The list handed over to the Nazis contained two names: the mayor’s and the islands Bishop. All Zakynthos Jews survived the Holocaust. – Source

10. In 1933, a Japanese school girl committed suicide by jumping into a volcanic crater on the island of Oshima. This act started a bizarre trend in Japan, and in the following year 944 other people (804 men and 140 women) leapt into the same crater. – Source 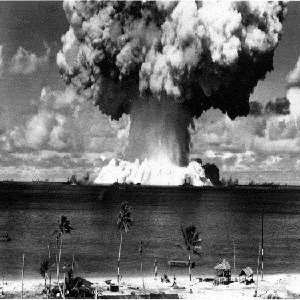 11. The flag of Bikini Atoll is symbolic of the islanders’ belief that a debt is still owed by the U.S. to the atoll because of the thermonuclear detonations on the islands. The three black stars in the upper right represent the three islands that were disfigured. – Source

12. Venice Island was built on a foundation of tree trunks. About 1200 years later, those same trunks still support almost all of central Venice. – Source

13. All Olympic curling stones are made from a rare type of granite that is only found on Craggy Isle, a tiny island in Scotland. – Source

14. Charles Darwin and Joseph Hooker started the world’s first terraforming project on Ascension Island in 1850. The project has turned an arid volcanic wasteland into a self-sustaining and self-reproducing ecosystem made completely of foreign plants from all over the world. – Source

15. Ilha da Queimada Grande is an island that is so densely populated by poisonous snakes that the Brazilian Navy has quarantined it and a biologist once said that when on the island you are “never more than three feet from death.” – Source 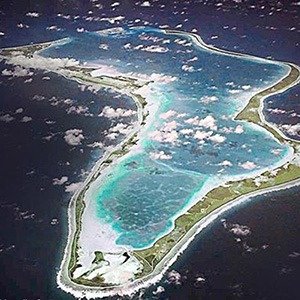 16. British expelled the entire population of the island nation Diego Garcia, sending them to live in Mauritian slums in 1971, so that the US could build a military base on the Island. – Source

17. In WWII, a British pilot made an emergency landing on an Italian island of Lampedusa, only to have the island surrender to him. – Source

18. Scientists have released millions of genetically modified mosquitoes on the island of Grand Cayman in an effort to combat dengue fever, resulting in an 80% decrease in mosquito numbers. – Source

19. Japan’s Okinawa Island has more than 450 people living above the age of 100, and is known as the healthiest place on Earth. – Source

20. A mere 12,000 years ago, a species closely related to modern humans had been living on an Indonesian island. They used fire and rather advanced tools, yet were only about 3 feet tall, weighing around 25kg. – Source 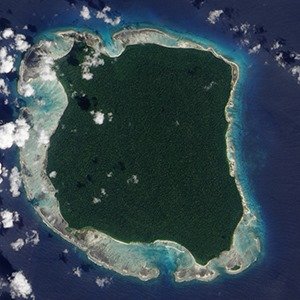 21. An uncontacted tribe still inhabits the North Sentinel Island in the Indian Ocean, living as simple hunter-gatherers. They are vigorously hostile to outsiders, and have not yet developed early technologies such as agriculture or writing. – Source

22. Tangier is a small island in the US state of Virginia. Its inhabitants speak the same language as its English settlers did 1686, some linguists consider it the closest surviving accent to Shakespearean English. – Source

24. In the city of Mackinac Island, Michigan, cars have been banned since 1898 – Source

25. In 1933 Soviet Russia dumped 6200 people on Nazino Island in Siberia and left them with only flour for food, a small amount of tools and no shelter. A month later 4000 of them were dead – Source