Despite all the odds, there are some places on Earth where humans are able to survive the harshest of conditions, total isolation and the vicious wildlife out of complete choice. These places might seem to many of us like absolute hell on Earth to live in, but for others it is simply a way of life that has developed over many years. Here are some of the most isolated inhabited places on our planet, accompanied by the extraordinary efforts that people go to in order to live in them. 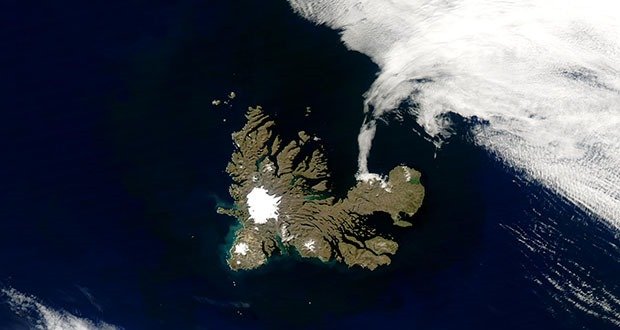 This Sub-Antarctic archipelago is nearly 3,300km from any other inhabited place and is located right between Australia and Africa in the Indian Ocean. Its population fluctuates between the bearable summer months and hardly tolerable winter months, only 45 people stay during the harsh winter time whilst in summer it is home to around 115. Kerguelen is mainly used for scientific research by the French government above anywhere else. Its capital, Port-Aux-Francais is made up of a shipping port and numerous small facilities & living quarters. The main island is called “Grand Terre” and it is of course home to a large population of penguins and seals. The islands themselves are extremely barren and the higher points are covered in snow, attracting many geologists and scientists to this harsh land. The islands were discovered by Yves-Joseph de Kerguelen-Trémarec in 1772 and have remained a French possession ever since. 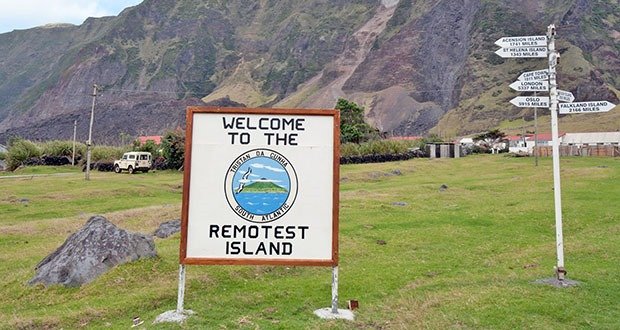 This island in the South Atlantic is officially the most isolated permanently inhabited island on Earth. The nearest landmass (Saint Helena Island) is a mere 2,430 km away. It has what I believed to be the coolest place name on earth as its regional capital – “Edinburgh of the Seven Seas”- and is home to just over 300 people, a majority of whom are farmers. You can’t just hop on a boat to TDC from Cape Town however, special permission from the British government is needed to visit the island and the minimum 7 day long boat journey isn’t advised for anyone without sea legs. First spotted by the synonymous Portuguese explorer Tristão da Cunha, a man from Massachusetts proclaimed the islands his own in 1810, but they were later annexed by the British government and governed at Cape Colony in British South Africa. 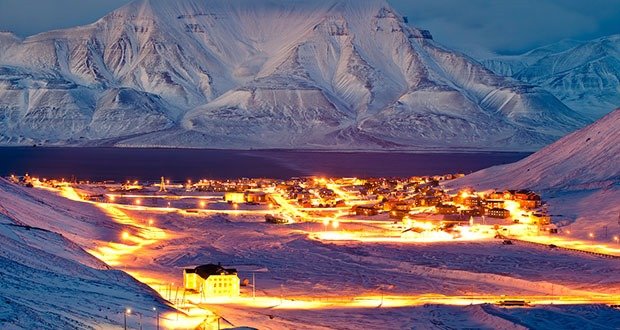 Inside the Arctic Circle lies an island known as Spitsbergen in the Svalbard archipelago. Norway officially owns these islands and the largest settlement there is named Longyearbyen, a popular tourist destination for Arctic cruises and one of the most Northerly settlements on Earth. Formerly a coal mining magnet in the Cold War, Spitsbergen has been home to Soviet settlements as well as the present Norwegian town which is home to around 2000 people. Longyearbyen itself is probably most famous for the Svalbard Seed Vault, which some conspiracy theorists claim to be the famed “Doomsday Vault”, a bunker holding the necessities to rebuild human civilization on Earth following a catastrophic event. In reality, the Vault officially preserves seeds from across the planet in hope of preserving plant species for future generations. The town also has a university-type complex and is a growing business center for the Arctic. 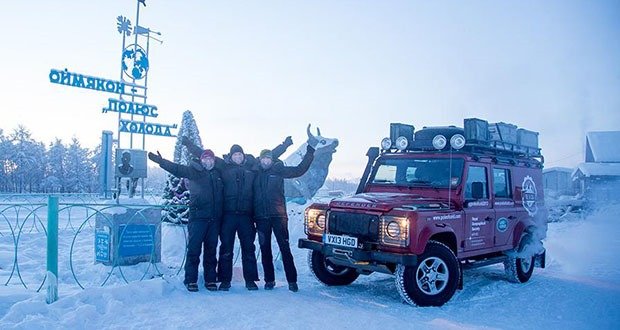 Oymyakon is cheerfully nicknamed “Stalin’s Ring of Death”. Located deep in Russia’s Sakha Republic, Oymyakon is officially the coldest town on Earth, and tourists say it certainly lives up to its name. After travelling hundreds of miles of icy roads you meet Oymyakon deep in the Siberian wilderness. The citizens of Oymyakon face a unique challenge. It’s too cold to bury their dead relatives. The ground is in a state of permafrost meaning that it can take days to dig a grave big enough for a coffin, a morbid yet odd problem to face, especially as you live hundreds of miles from anywhere. Reindeer hunting is a popular tourist activity, and it attracts visitors mainly for the novelty of being in the coldest inhabited town around. 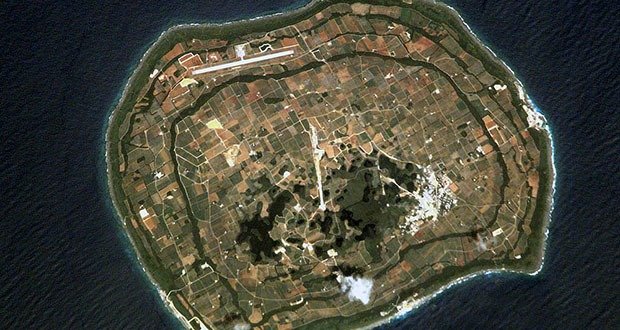 360km east of Okinawa Island lies the seemingly idyllic island of Minamidaitō. As you can imagine, due to its location close to Okinawa, it had a role to play during the events of World War 2. The Empire of Japan officially solidified its claim over the island in 1885. Prior to this it had been relatively uninhabited. In 1900, a group of Japanese pioneers began to inhabit the island, and the eventual settling of the island was interrupted by the Second World War. The United States of America occupied the island at the end of the war, before this the island was being cultivated by Dai Nippon Sugar as a sugar cane plantation. A settlement was established on the island in 1946, and the island was eventually returned to Japan in 1972. During the American occupation, there were plans to set up a train system and land reform was favored by the inhabitants of the island, although the train line was dismantled in favor of modern transport ideas. Today the island sits close to the southernmost point of Japan’s islands and has been the subject of a Japanese feature film. 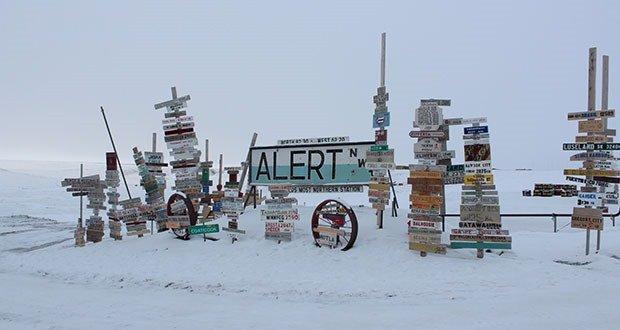 It wouldn’t be a list of isolated places without including the tiny substation of Alert, at the most Northernmost point of Canada. Possibly the most well-known Arctic station, Alert is famously cold. Named after the British ship HMS Alert, the station is rotationally inhabited by military personnel and scientific researchers. Between April 8th and September 5th every year, there is literally no night time on Alert, the sun shines all of the time. One of the highest recorded temperatures at the station is 4 degrees Celsius. The motto of the station literally translates to “Beyond the Inuit Land”, showing just how isolated this tiny place is, given that it is considered beyond even the home of the Inuit people. 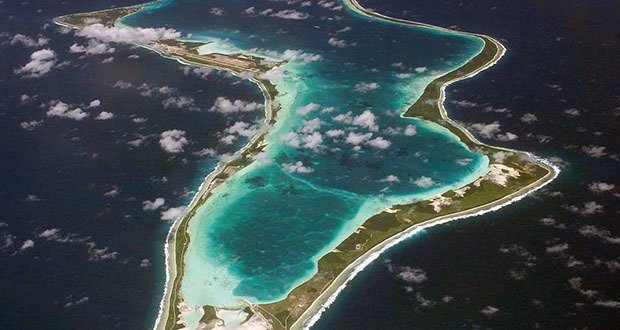 This coral atoll is an extremely controversial British subject and military base in the middle of the Indian Ocean. Located south of the Maldives, the base was created by forcibly removing 2000 native Chagossians from the 17sq km island and is now home to between 3,000 & 5,000 service personnel, most of them British or American. The island itself has been at the center of several conspiracy theories, the most prominent of which being that the doomed Malaysian flight MH370 was landed at this island, a theory debunked by landing records. The island was controversially used as a launch pad for bombing missions over Iraq during the Gulf War and later Afghanistan. There is a certain air of mystery surrounding Diego Garcia, access is heavily restricted to civilians and rumors of incarcerated people on the island circulate regularly, although we cannot be sure quite what operations happen on the island. 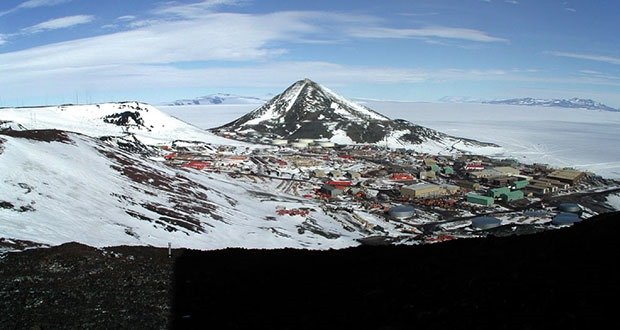 This Antarctic Research Station is the largest inhabited community on the continent of Antarctica, located on Ross Island close to the mainland continent, supporting up to 1,258 residents depending on the time of year. McMurdo contains over 100 buildings and three functional airfields and is the United States’ chief research facility on Antarctica, operated by the United States Antarctic Program. Every single person that is heading to the South Pole has to come via McMurdo Station and during the 60s’ the USA ran a Nuclear Power Plant at the site intended to provide power, however now conventional fuel is used to run the station.