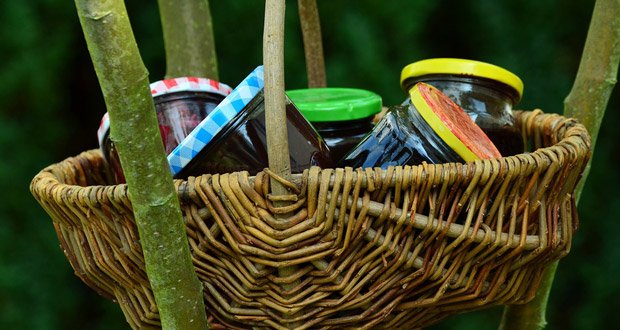 1. Every Christmas in Lexington, Kentucky, you can pay off your tickets with canned food donations. – Source

3. A single landfill in Kentucky takes garbage from states all over the East Coast. Originally planned to take 7,000 tons over its lifetime, it now takes 3,500 tons per day. – Source

4. Berea College in Kentucky has a $1B endowment and doesn’t charge students for tuition. – Source

5. A family of people with blue skin lived in Kentucky for many generations. The Fulgates of Troublesome Creek is thought to have gained their blue skin through a combination of inbreeding and a rare genetic condition known as methemoglobinemia. – Source

6. There was a decade-long “war” in Harlan County, Kentucky, to unionize the coal mines. It resulted in many deaths, several bombings, and three separate instances of intervention from the National Guard. – Source

7. During the USA’s “Great Depression” in the 1930s, librarians in Kentucky rode around on horseback, dispensing books to over 50,000 families and 155 public schools: “one librarian had to hike her 18-mile route when her mule died.” – Source

8. By law, each citizen of Kentucky is required to bathe once each year. – Source

9. When the Creation Museum opened in Kentucky, a plane flew over with a banner that said: “Thou shalt not lie.” – Source

10. Pablo EskoBear was a 175lb black bear that died from a drug overdose after he consumed about half his own weight in cocaine. The bear was later stuffed and is now a tourist attraction in Kentucky. He currently has a note around his neck warning: “Don’t do drugs”. – Source 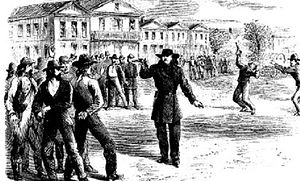 11. Anyone sworn into any statewide or county office or judgeship in Kentucky must declare under oath that he or she has not participated in, acted as a second or otherwise assisted in a duel. – Source

12. In 1876, it mysteriously rained meat over a Kentucky town in what is now known as the Kentucky Meat Shower. – Source

14. In 2014, a sinkhole was opened up under the National Corvette Museum in Kentucky. The 40-foot wide sinkhole swallowed eight rare or one-of-a-kind cars but didn’t impact the structural integrity of the building. – Source

15. Plans have been made to convert the Waverly Hills Sanatorium, a Kentucky institution which opened in 1910 to combat an outbreak of tuberculosis, and called one of the most haunted hospitals in the eastern United States, into a four-star hotel catering primarily to “the haunted hotel crowd”. – Source

16. There is a town in Kentucky that chained a massive boulder to a mountain “in order to keep it from rolling down the mountain and destroying the city.” – Source

17. Owsley County in Kentucky is among the poorest in the United States. Median household income of $19,146, 45% of the population lives below the poverty line. – Source

18. Kentucky was the very last state to lift the ban on alcohol sales on Election Day. The law was created because polling places used to be located in saloons and candidates would literally get people drunk enough to vote for them. – Source

19. There is a Short Creek in Kentucky at 150 ft long and 25 ft wide. It is considered to be one of the shortest creeks on earth. – Source

20. There is a town in Kentucky called Monkey’s Eyebrow, it’s only a short ride away from Possum Trot. – Source 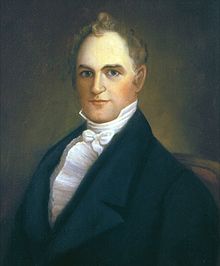 21. Due to political strife over debt relief, Kentucky had two separate and competing appeals courts in the 1820s. – Source

22. At the Ark Encounter, in Kentucky, there are exhibits which show dinosaurs living in cages aboard the ship. – Source

23. The Kentucky State song played at the Kentucky Derby, “My Old Kentucky Home” is about slaves being sold “down the river” to southern sugar cane plantations. – Source

AskReaders: What is a good weakness to mention on a job interview?