Here are 17 Interesting Facts About Lithuania.

1. There is a small district of Vilnius, Lithuania that has declared itself an independent republic. It has its own flag, currency, president, cabinet, and an army of 11 men. – Source

2. Lithuania withdrew from the 1992 Olympics due to the lack of money after the fall of the USSR. The Grateful Dead agreed to fund transportation costs for the basketball team along with Grateful Dead designs for the team’s jerseys and shorts. They went on to win the Bronze. – Source

3. There is a theme park in Lithuania that recreates life as a USSR citizen. Visitors have their belongings confiscated, have to wear mouldy overcoats, experience interrogation, and must learn the Soviet anthem. – Source

4. In Lithuania, you have to be 18-years-old to purchase beverages with more than 150 milligrams of caffeine per liter. – Source

5. Lithuania was the last pagan nation in Europe, before their official adoption of Roman Catholic in 1387. – Source 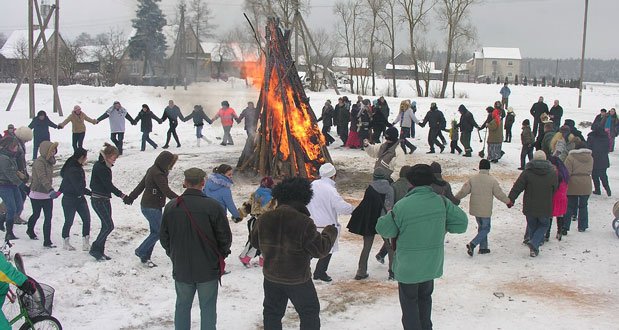 6. Lithuania has a festival where people dress out as Gypsies and Jews and goes around asking for money. – Source

7. Lithuania used to have the largest share of nuclear power of any country ever, >80%, all from a single plant. But as part of the accession agreement, the EU forced Lithuania to close it in the 2000s. Electricity generation was largely replaced with fossil sources. – Source

8. In the 1950s, Nikita Khrushchev offered the Kaliningrad Oblast exclave to Lithuania. The Lithuania SSR leader Antanas Sniečkus refused, mainly because he didn’t want to add a bunch of Russians to the population. – Source

9. Lithuania has underwater stony roads called Kūlgrindas that were used in defense against invaders. – Source

10. Until 2002, women in Lithuania were required to undergo a gynecological examination before receiving their driver’s license to make sure they aren’t suffering from any “female illnesses”. – Source 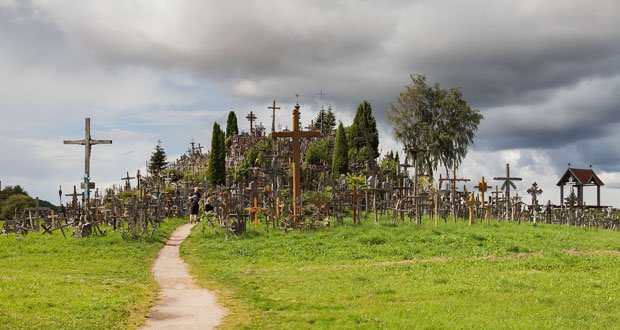 11. There is a Hill of Crosses in the middle of nowhere in Lithuania with hundreds of thousands of crosses left to remember the dead. – Source

13. The city of Vilnius, Lithuania created a bust of Frank Zappa to commemorate the fall of the Soviet Union. – Source

14. Lithuania has built the first public natural amber sauna in the world. – Source

15. The Act of Independence of Lithuania was lost not long after it was signed. – Source

16. In Eurovision 2006, Lithuania sent a mocking song where they repeatedly said ‘We are the winners of Eurovision’ and ‘You gotta vote for the winners!’; and they ended 6th. They also made a World Cup version of that song even though Lithuania hadn’t qualified for it. – Source

17. In Lithuania, there is an annual Baby Racing competition in order to find the ‘Fastest Crawler in the country’. – Source