Here is the longest straight line in an ocean that you can travel without touching the land. It is nearly 22,229 miles long.

A new record has been discovered: the longest straight line over the ocean without touching land. You can sail from eastern Canada all the way around the world to western Canada in a straight. Here is a video of that.

Here is a quick drawing of it that we did on a map. We know it isn’t as accurate as it is shown in the map, but this is what we could come up with as quickly as possible. 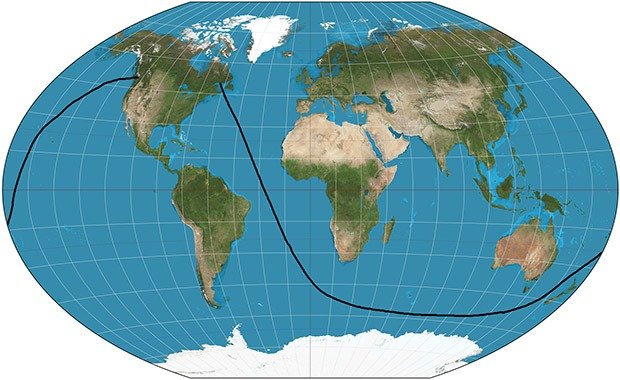 First thing that comes to mind? That’s not a straight line. Well, its actually not. Well, the globe is nothing like people usually think it is. So how does a straight line head east from North America end up aligning with North / South of Africa? The simple answer? The Earth resembles a sphere, not a cylinder, cone or rectangular plane. We just map it as on those other surfaces for convenience. Seeing more flat maps than globes on a regular basis adds to the confusion and throws off people’s perception of the earth and in this case it looks like Africa is where Europe is supposed to be.

The internet has been calling it the “Cooke Passage” because it was discovered by a person named David Cooke a few months. 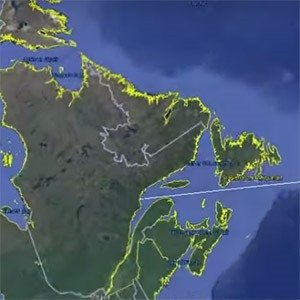 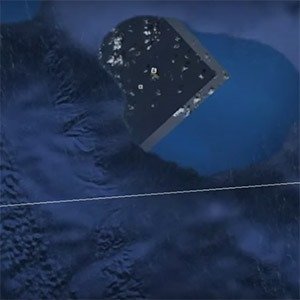 It then misses four islands of the New Caledonia in the southwest Pacific Ocean. 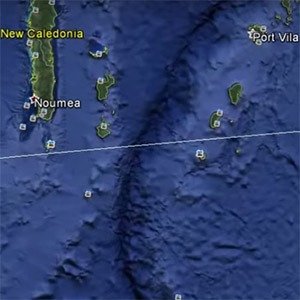 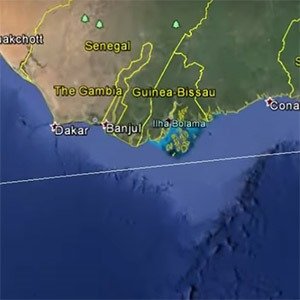 This is an amazing find in the fact that it touches no land from start to end and crosses each time zone only once.

Before this find, previous record holder for the longest straight line you could sail without touching a land was 20000 miles in a straight line from Pakistan to Russia.

This is how it looked like on a map. 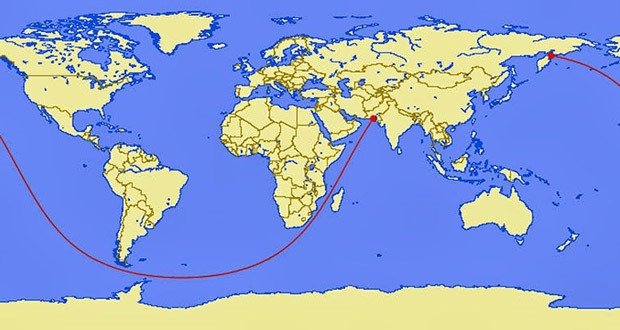 So this got us wondering what is the longest distance you can travel between two points on land in a straight line without crossing any ocean or any major water bodies. So this is what we found.

By doing this you cross many of the world’s most dangerous areas, be it for wars, civil wars, civil unrest, banditism, harsh natural conditions or epidemics. You start in the heart of Ebola territory, cross the Sahara, go through Gaza, cross the Saudi desert, then into the IS stronghold in Iraq, then through the Taliban controlled regions of Afghanistan, and across the highest mountains in the world in Tibet.