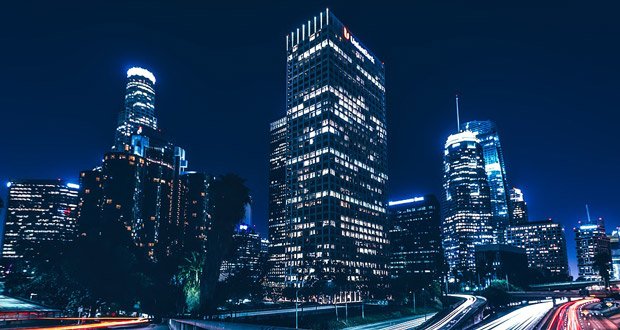 1. In 1943, smog formed so suddenly and severely in the Los Angeles area that residents believed they were being attacked by Japanese chemical weapons. – Source

2. YouTube has a production space in Los Angeles that is free to use if you have 10,000 subscribers. – Source

3. After a power outage in Los Angeles in 1994, dozens of people starting calling the local observatory panicking about the “strange sky”. They were talking about the stars. – Source

5. Los Angeles and its suburbs, home to 19 million people, is the only megacity in the world where mountain lions live side by side with humans. – Source

6. Los Angeles County in California has a higher population than other US states. – Source

7. In Los Angeles, you can serve a jail sentence in a much nicer “pay-to-serve” jails for $100. These allow day release for employment, food delivery, and better-visiting conditions. Those that can’t pay as much clean the jail. – Source

8. In 2001, a Los Angeles man, upset at the poor exit signage on the 110 Freeway, modified an overhead sign under the cover of night. Caltrans investigated it, approved of the workmanship, and left it up for eight years. – Source

9. In 1893, geologist and explorer Major John Wesley Powell told the Los Angeles International Irrigation Congress, “Gentlemen, you are piling up a heritage of conflict and litigation over water rights, for there is not sufficient water to supply the land.” He was booed out of the hall. – Source

12. Los Angeles was hit with a devastating and deadly series of intentionally set fires in the 1980s and 90s. They finally arrested the arsonist who turned out to be The Arson Inspector charged with investigating the fires. – Source

14. The first ever 3D feature film was released in Los Angeles in 1922. Now believed to be lost forever. – Source

15. Los Angeles once had the largest electric rail system in the world, until automobile, tire, and oil companies bought and dismantled it, along with mass transit systems in 44 other US cities. The mass transit systems were replaced with freeways and buses, increasing sales of cars, tires, and oil. – Source

16. The largest mass lynching in American history was the Chinese Massacre of 1871 in Los Angeles. – Source

17. To camouflage aircraft factories in suburban Los Angeles during WWII, the military built simulated neighborhoods on their rooftops complete with fake cars, roads, homes, and foliage. Actors were hired to inhabit these spaces too. – Source

18. Hitler had a bunker in the hills of Los Angeles built by American fascists. – Source

20. In 1910, Alice Stebbins Wells was sworn in as the first policewoman in the United States by the Los Angeles Police Department and was issued a standard badge. When she was accused of impersonating her husband, LAPD presented her with “Policewoman’s Badge Number One”. – Source

September 21, 2017
Latest Posts
Subscribe to Blog via Email
Did you know?
Loading...
Facts of the Day
Registration is disabled.