Here are 30 Interesting Facts About Marathons. 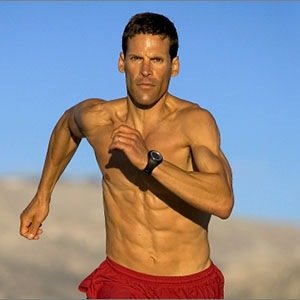 1. Dean Karnazes has run nonstop for 135 miles in 120F degrees across Death Valley. He has also run a marathon in the South Pole in -40F and also did 50 marathons in 50 days in all 50 US states – Source

2. Humans are the best long-distance runners on the planet, able to beat horses (and everything else) in marathon distance races. – Source

3. Terry Fox, a 21 year old one-legged cancer patient, ran 3,339miles across Canada in 143 days before dying. He ran the equivalent of a full marathon every day and was the youngest person ever named as a Companion of the Order of Canada. – Source

4. Sir Ranulph Fiennes, has run 7 marathons, on 7 consecutive days, in 7 continents after a heart attack and bypass operation. He hacked off his own frostbitten fingers with a power tool, discovered the lost city of Ubar and in his sixties reached the peak of Everest. – Source

5. Marathon Runner Paula Radcliffe won the 2005 London Marathon despite having to stop and expel her bowels on the side of the road due to “runner’s diarrhea.” She finished with an incredible time of 2:17:42. – Source 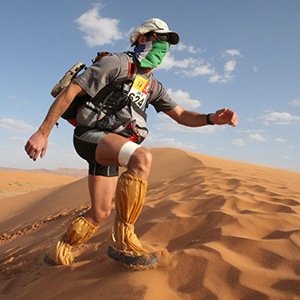 6. In 2007, three ultra-endurance athletes ran across the entire Sahara. That’s an equivalent of 2 marathons per day for 111 days, totaling approximately 4,000 miles. They started at the Atlantic Ocean in Senegal and ended at the Red Sea in Cairo. – Source

7. In 1967, the first woman to run the Boston Marathon was chased down by organizers, who hadn’t realized at the beginning that she was a woman. Race official, Jock Semple attempted to remove her from the race, and is noted to have shouted, “Get the hell out of my race and give me those numbers.” – Source

8. After leading the pack through the 2.4 mile swim, 112 mile bike, and the first 21 miles of the 26.2 mile run, John Dunbar lost his lead in the first ever Ironman triathlon because his crew ran out of water to give him, and switched to beer. He became drunk, and started running into parked cars. – Source

9. In 1983, a 61-year-old farmer won a 544 mile endurance race because he ran throughout the night while the younger ‘professional’ athletes slept – Source

10. Sister Madonna Buder (the Iron Nun) has completed over 325 triathlons including 45 Ironman races, is the oldest to complete the Ironman at 82 years age, and caused the organization to add the 75-79 and 80+ age brackets. – Source 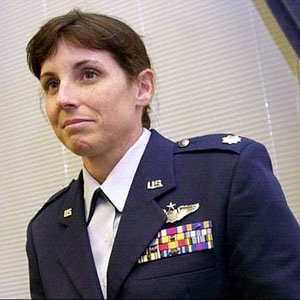 12. A man named d*ck Hoyt ran 247 triathlons including 6 Ironmans and 7 half Ironmens, as well as 70 marathons, all while pulling or pushing his disabled son on a wheelchair. – Source

13. Edward Pena, one of the trapped Chilean miners of 2010 finished a marathon after training everyday while being trapped in the mine for 69 days – Source

15. Astronaut Sunita Williams ran an entire marathon onboard the International Space Station, simultaneously with the Boston Marathon, that her sister and a fellow astronaut were running in – Source 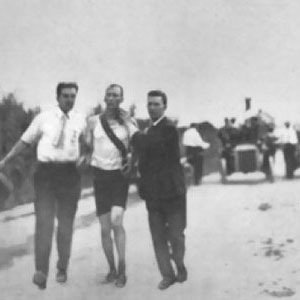 16. The first man to finish the 1904 Olympics marathon rode in a car most of the way. The winner was carried across the finish line after ingesting poison. Fourth place took a nap en route. One of the two first black Olympians came in ninth after being chased a mile off course by wild dogs. – Source

17. Will Ferrell completed the Boston Marathon in 2003 and fulfilled both of his goals: Finish in under 4 hours, and beat the guy dressed as Elvis. – Source

18. There is an annual marathon in Wales which pits human runners against horses. And Humans have won twice in the last 10 years. – Source

19. Many marathons have a limited finishing time, after which a sweeper bus will come and pick up those who are still running. – Source

20. Phidippides, the guy who ran the original 26-mile ‘marathon’, ran 280 miles and fought in a pitched battle in the days beforehand. – Source 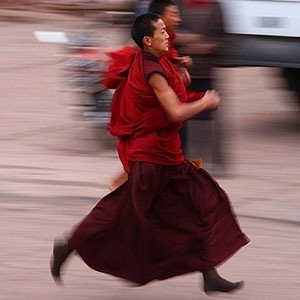 21. Japanese “Marathon Monks” run a marathon a day for 100 days and do this every year for seven years or commit suicide if they fail. – Source

22. There is a race called Barkley Marathon: “Only eight men have ever finished. The event is considered extreme even by those who specialize in extremity.” – Source

24. The heaviest person to have completed a marathon weighed 400 pounds, and by the end, his weight only came down to 396.2 pounds. – Source 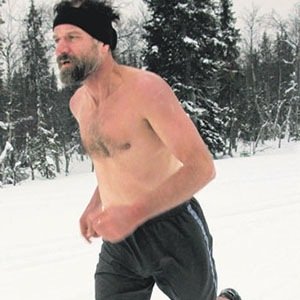 26. Wim Hof, known as The Iceman, is able to control his internal body temperature with his mind. He has run a full marathon above the arctic circle, climbed Mt. Kilimanjaro, and almost climbed Mt. Everest all while wearing only shorts. – Source

27. Uta Pippig became the first woman to cross the finish line during the 1996 Centennial Boston Marathon. Her win caused a great deal of controversy as she continued the race even after losing control of her bowels and beginning to menstruate. – Source

28. The 26.2 mile length of a marathon was not established in Ancient Greece, but in 20th Century London as the length between Windsor Castle and the Olympic Stadium. Before this, marathon distances were arbitrary and varied by several miles. – Source

29. A marathon is longer than the diameter of a neutron star. – Source

30. The former world record holder in the marathon has asthma. – Source