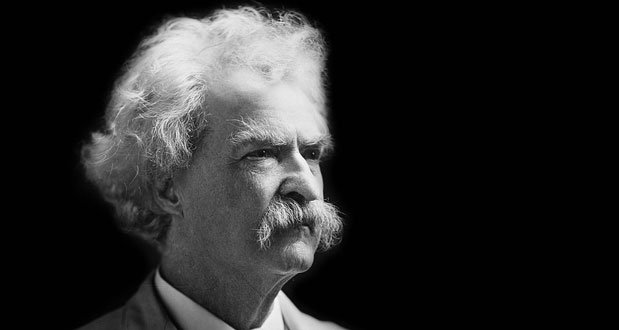 1. Mark Twain traveled extensively and once said “Travel is fatal to prejudice, bigotry, and narrow-mindedness, and many of our people need it sorely on these accounts. Broad, wholesome, charitable views of men and things cannot be acquired by vegetating in one little corner of the earth…” – Source

2. While penniless and dying, Ulysses S Grant wrote a book of memoirs so his wife could live off of the royalties. Mark Twain heard the best royalty offer was 10% and immediately offered Grant 75%. Grant’s book, was a critical and commercial success giving his wife about $450,000 in royalties. – Source

4. Mark Twain hated Jane Austen with a passion, saying, “Every time I read ‘Pride and Prejudice’ I want to dig her up and beat her over the skull with her own shin-bone”. – Source 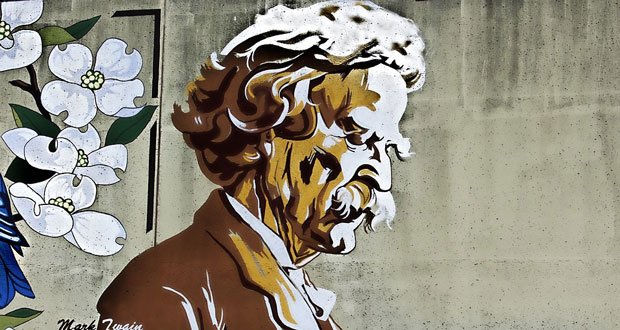 7. Mark Twain initially supported American Imperialism, but, after discovering America’s true motives in the Philippine-American War by reading the Treaty of Paris, he changed his position, saying “And so I am an anti-imperialist. I am opposed to having the eagle put its talons on any other land.” – Source

8. Mark Twain found a French translation of “The Celebrated Jumping Frog,” translated it back to English, keeping the French syntax, and published this as, “The Jumping Frog: in English, then in French, and then Clawed Back into a Civilized Language Once More by Patient, Unremunerated Toil.” – Source

9. Mark Twain repaid his pre-bankruptcy creditors in full, though he had no legal obligation to do so. “I am not a businessman; and honor is a harder master than the law. It cannot compromise for less than a hundred cents on the dollar, and its debts never outlaw.” – Source

10. Mark Twain wrote an essay from the perspective of Satan composing a series of letters about Earth. Link to the full text is at the bottom of the Wikipedia page. – Source 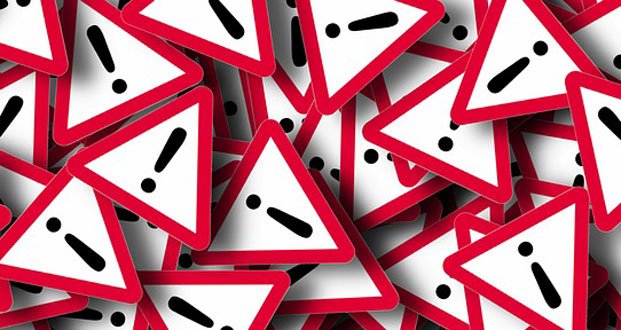 11. Mark Twain discouraged the use of exclamation marks because it is like laughing at your own joke. – Source

12. Despite making dozens of recordings of his voice on wax cylinders, no known recordings of Mark Twain’s voice are known to have survived. – Source

13. Nikola Tesla and Mark Twain were friends. And they became friends after Tesla cured Twain of constipation by passing an electrical current through his body. – Source

14. Mark Twain patented under his real name Samuel Clemens the “Adjustable and Detachable Straps for Garments” (ADSG) or “suspenders” in 1871. – Source

15. The “earworm” phenomenon, a song that you can’t get out of your head, has been discussed since the 19th Century and was written about by Mark Twain. – Source 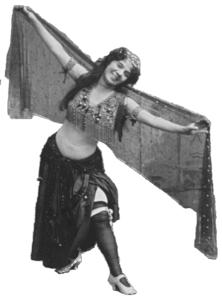 16. Mark Twain had a near-fatal heart attack in 1898 after watching a belly dancer’s routine. – Source

17. Mark Twain blew the bulk of his book profits and his wife’s inheritance investing in the failed Paige typesetting machine, the inflation-adjusted equivalent of $8million USD, which lead him to file bankruptcy in 1894. – Source

18. When he was thirty-years-old, Mark Twain wrote an illustrated children’s book called “Advice to Little Girls”. Lost and unknown for generations, it has been rediscovered. It is a charming and irreverent little book. – Source

20. When Mark Twain started learning German, he noted humorously “In German, a young lady has no sex, while a turnip has. Think what overwrought reverence that shows for the turnip, and what callous disrespect for the girl.” – Source

21. The Lion of Lucerne is “the most mournful and moving piece of stone in the world” according to Mark Twain. – Source

22. In 1906, Mark Twain, lonely and missing his wife and daughters, formed a club of young girls called the Angelfish Club who met regularly at his house to play cards. – Source

23. In 1872, Mark Twain tried surfing in Hawaii but failed saying, “The board struck the shore in three-quarters of a second, without any cargo, and I struck the bottom about the same time, with a couple of barrels of water in me. “ – Source

24. Mark Twain left instructions for his autobiography to be published 100 years after his death so he could speak his “whole frank mind”.  – Source

25. There exists a book entitled, English As She Is Spoke, written by a man who could not speak English, about which Mark Twain said: “Nobody can add to the absurdity of this book, nobody can imitate it successfully, nobody can hope to produce its fellow; it is perfect.” – Source

25 Uplifting Headlines of the Week - Part 77