1. There is a small island in Shrewsbury, Massachusetts that doesn’t belong to anyone in particular. One local man is crusading to name it Busta Rhymes Island. When asked why, he said it was because the island had “rope-swinging, blueberries, and . . . stuff Busta would enjoy”. – Source

2. MIT students discovered that by buying $600,000 worth of lottery tickets in Massachusetts’ Cash WinAll lottery they could get a 10-15% return on investment. Over 5 years, they managed to game $8 million out of the lottery through this method. – Source

3. The Chocolate Chip Cookie didn’t exist prior to 1938, when it was invented by the owner of the Toll House Inn in Whitman, Massachusetts. – Source

4. Bowhead whales may be the world’s longest-lived mammal. In 2007, a 15m (49ft) specimen was discovered with the head of a harpoon embedded in its neck. The 3.5-inch (89 mm) projectile was manufactured in New Bedford, Massachusetts around 1890, suggesting the animal survived a hunt a century ago. – Source

5. In 1780, a slave named Elizabeth Freeman essentially ended slavery in Massachusetts by suing for her freedom on the basis that the new state constitution declared that all men are born free and equal. – Source 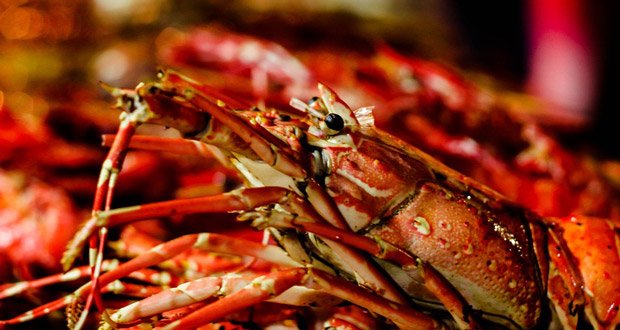 6. The lobster was so plentiful in the 1800s that Massachusetts servants demanded a clause in their contracts to prevent being fed it more than 3 times a week. – Source

7. There is a mineral named Cummingtonite. Its chemical composition is (Mg,Fe2+)2(Mg,Fe2+)5Si8O22(OH)2. It was named after Cummington, Massachusetts where it was discovered in 1824. – Source

8. The first person to be executed in the Massachusetts Bay colony was guilty of sex with a turkey. – Source

9. Puritans who fled to America to escape religious persecution were notorious for persecuting other religions and even hanged Quakers for entering the colony of Massachusetts. – Source

10. There’s a Native American lake named Chargoggagoggmanchauggagoggchaubunagungamaugg. It means “you fish on your side, I fish on my side, and no one fishes in the middle.” Located in the town of Webster, Massachusetts, it is known more commonly as Lake Chaubunagungamaug or Webster Lake. – Source 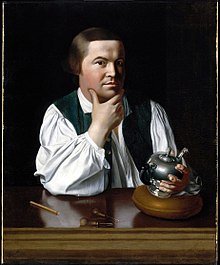 11. Paul Revere actually shouted “The Regulars are coming out”, not “The British are coming”, since Massachusetts colonists still considered themselves British citizens at the time. – Source

12. Massachusetts guaranteed access to all public schools to every child in 1845, after a group of black whalers from Nantucket, accustomed to the relative equality they had on whaling ships, began a boycott and petition campaign. – Source

13. In the 1850s, baseball had different rules in Massachusetts than it did in New York. Under the Massachusetts rules, you could throw the ball at a runner, and if you hit them, they were out. – Source

14. There is an island in Massachusetts named “No Mans Land”. The island is now an unstaffed animal refuge and is closed to public use due to safety risks from “unexploded ordnance”, as it was previously utilized by the U.S. Navy. – Source

15. A Massachusetts court ruled that a sandwich must contain two slices of bread, thus legally barring tacos, burritos, and quesadillas from being called “sandwiches.” – Source 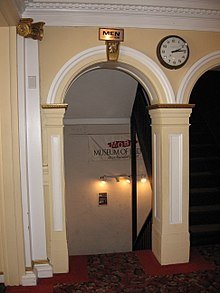 16. There exists a museum in Massachusetts which is dedicated to exhibiting bad art “too bad to be ignored.” – Source

17. In 1870 a Lion’s Mane Jellyfish washed up onto Massachusetts Bay with tentacles measuring 120 feet (37 meters) making it larger than a blue whale. – Source

18. In Uxbridge, Massachusetts (36 miles southwest of Boston), the local police department has requested that people stop pooping on trains from overpasses. – Source

20. Christmas used to be illegal in Massachusetts and much of New England, and remained taboo in that part of the country until at least ­1870 when the Feds declared it a national holiday. – Source

21. A 216-year old business in Dalton, Massachusetts called Crane & Co. produces almost all of the paper used for U.S. currency, as well as banknotes for many foreign countries. – Source

22. In a Massachusetts prison, there is a program that partners Inmates with abused Stray Dogs. – Source

23. The Massachusetts Language, once spoken by several Algonquin tribes, went extinct in the 1800s. However several documents survived such as Bibles, treaties, and sales papers. In 1993, the Wampanoag tribe started teaching classes and as of 2014, there are 5 children as native speakers, 15 are proficient second-language speakers and 500 are adult second-language learners. – Source

24. Adultery (cheating on your spouse) is considered a felony punishable by a 10.00-500.00 dollar fine or 4 years in prison in Massachusetts and any other U.S. provinces. – Source

25. Ghostbusters was written over 3 weeks in a bomb shelter on an island off Massachusetts. – Source