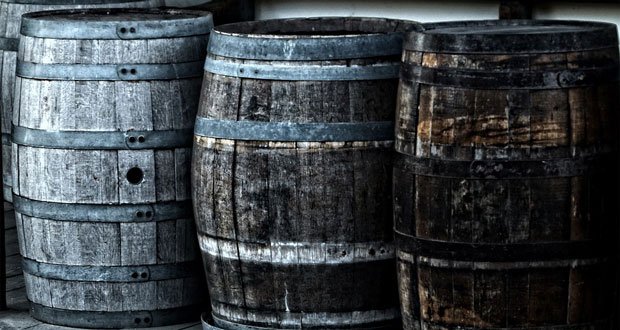 1. There is a medieval unit of measurement called “Butt” for wine. A butt load of wine is 129 gallons. – Source

2. In the medieval period, it was common to have “2” sleeps per night. You would fall asleep for 4 to 5 hours, wake up for 2 hours or so and fall back to sleep for another 3 to 4. It’s been suggested that we may have evolved this way to tend to the fire in order to keep us warm and safe. – Source

3. In medieval Germany, married couples could legally settle their disputes by fighting a Marital Duel. To even the field, the man had to fight from inside a hole with one arm tied behind his back. The woman was free to move and was armed with a sack filled with rocks. – Source

4.  In the final days of WWII, German Wehrmacht soldiers fought alongside US Army troops to defend a medieval castle from the Waffen SS. – Source

6. Medieval English longbows could fire an arrow more than 300 yards and required so much strength that the skeletons of medieval archers can be identified by their enlarged left arms. – Source

7. Murderers in medieval Ireland were given to the deceased’s family as slaves if they failed to pay a hefty fine to buy their freedom. The family could then legally kill the murderer themselves. – Source

8. A “moment” is an actually medieval unit of time that is equal to 1.5 minutes. There are 40 moments in an hour. – Source

9. There was a religion in medieval Europe called Cathar. It was a splinter of Christianity, and they held beliefs such as women and men being equal and homosexuality being tolerated. – Source

10. The origins of driving on the left side go back to Medieval England where Knights would ride their horses on the left side of the road so if they encountered an enemy their sword hand would be on the correct side, nearly all countries that drive on the left now were once English colonies. – Source

12. In medieval castles, stairwells ran clockwise, so attackers coming up the stairs had their sword hands (right hand) against the wall’s interior curve which made it hard for them to swing their swords. Defenders had their swords on the outside wall, which meant more room to swing. – Source

13. In the medieval period, “Cat-burning” was an accepted practice thought to bring good luck. It was custom to burn a barrel full of live cats over a bonfire as people shrieked with laughter while they were signed and roasted. French Kings often witnessed it and even ceremoniously started the fire. – Source

14. D*ck is a nickname for Richard because, in the Medieval period, one of the customs for coming up with a nickname was to create a rhyme or swap a letter. So Richard became Rick, which rhymes with d*ck or Hick. Only d*ck has stuck around as a proper name. – Source

15. In medieval Europe “barber-butchers” were barbers that practiced surgery as well, a profession ranging from amputations to haircuts. The red and white ‘barber swirl’ in front of most barber shops today signifies blood and bandages which was common in their trade. – Source

16. Purple cloth was rare in medieval Europe partially because blue and red dyes were made by separate guilds and use of another guild’s color was forbidden. – Source

17. The original word for “bear” (the animal) has been lost. Superstitious people in medieval period thought that saying the ferocious animal’s name would summon it, so they used a euphemism that meant “the brown one” (“bear”). The original word was never recorded, so it remains a mystery. – Source

18. Medieval Pope Gregory IX considered cats to be the ‘incarnation of Satan’. Leading to a mass killing of cats, causing the rat population to swell, quickening the spread of the Black Death. – Source

19. The Iron Maiden, a medieval torture device, never actually existed for that purpose. It was created by a museum curator when he added spikes to a female form sarcophagus. – Source

20. The short average life expectancy in Medieval Britain (30 years) was mainly due to high infant mortality. If you made it to age 21, you could expect to live an additional 43 years (total age 64). – Source

21. Before 1600, a game of chess could be won by capturing all of the opponent’s pieces, leaving a bare king; a style of play known as “annihilation”. In the Medieval period, players considered it nobler to win by checkmate, so annihilation became a half win for a while until it was abandoned. – Source

22. The Shroud of Turin has nothing to do with Jesus – it’s been comprehensively radiocarbon dated to the medieval period. – Source

23. The act of “giving the key to the city” is a continuation of a medieval practice where the cities would be locked at night but someone given the key could come and go as they please as an honor for something great done for the city. – Source

24. In the Medieval period, “quintessence” was referred to as the fifth element, the most powerful element that binds the four other elements of nature – earth, air, fire, and water. It is considered as the place where the gods dwelt and pertained to the sky and the heavenly bodies in the Greek language. – Source

25. Medieval archers wore their quiver with an arrow on their belt. Only the ones on horseback wore them on their back. – Source