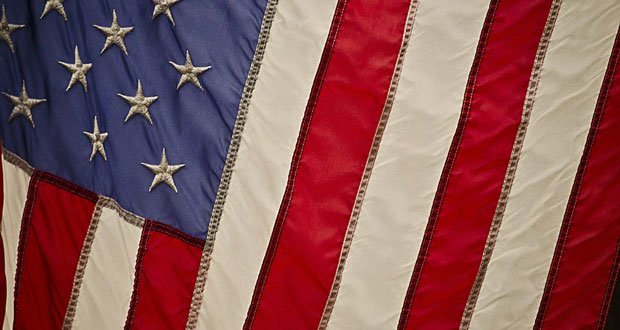 1. Minnesota is the only state that requires any U.S. Flag sold in the state to be manufactured in the U.S.A. – Source

2. Minnesota has been refusing to return a captured Confederate Flag to Virginia for more than a century. – Source

4. When in 2007 Minnesota passed an anti-smoking law that banned smoking in public buildings, there was a line that said only actors who had to smoke were allowed to do so. Thus, the Barnacles Bar declared that everyone in the bar is an actor in a live performance. – Source

5. There is a statue of Jason Vorhees chained under the Crystal Lake located in Cosby, Minnesota. – Source

6. There is a waterfall in Minnesota called the Devil’s Kettle that empties half its contents into a sinkhole. The outlet has yet to be found. – Source

7. A dog named Duke has been the mayor of Cormorant, Minnesota since 2014, having won 3 re-elections. – Source

9. In 1962, an intruder climbing the fence at a Minnesota air base set off the “sabotage alarm” in all bases in the area. In one base, due to wrong wiring, the Klaxon was sounded ordering nuclear-armed aircraft to take off, and the pilots believed WW3 has started. The original intruder was a bear. – Source

10. In 2013, the Minnesota Court of Appeals revoked a man’s license after he repeatedly ignored warnings from law enforcement that he was driving too slowly on two-lane highways. He told a lower court judge that 48 mph is his Ford Ranger pickup truck’s “sweet spot” for gas mileage. – Source

11. Honeycrisp apples were developed in 1974 by the University of Minnesota and patent royalties have generated more than $10 million by 2011 for the University. – Source

12. In 2007, University of Minnesota researchers found a huge hole in the universe a billion light-years across that is not a black hole and is completely devoid of matter. – Source

14. Minnesota has a law (statute 340A.902 – Drunkenness not a crime) that explicitly states that “no person may be charged with or convicted of the offense of drunkenness or public drunkenness.” – Source

15. There’s a room in Minnesota where 99,99% of all sounds are blocked. This leads people in it to hear their blood flowing and heart pumping and eventually leading to hallucinations. – Source 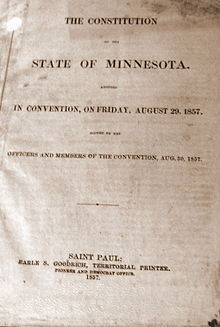 16. The state of Minnesota has two constitutions as the Republicans and Democrats refused to sign the same document. The two documents are not identical and have slightly different wording and grammar. – Source

17. There are only two places in the world where civilians are legally allowed to drive and fire tanks and one of them is in Minnesota. – Source

18. In 2005, someone stole Judy Garland’s ruby red slippers from the Wizard of Oz film, while on they were on display in Minnesota. They have never been found and there is currently a $1 million dollar reward for there return. – Source

19. In 2008, Minnesota became the first state in the United States to ban intentionally added mercury in cosmetics, giving it a tougher standard than the federal government. – Source

20. There’s a small town in the U.S. of 10,000 people named Little Canada, Minnesota. Every year they have a 3-day celebration dedicated entirely to Canada. – Source

21. There’s a part of Minnesota which is surrounded by water on three sides and borders Canada on the fourth. – Source

22. The town of Dorset, Minnesota does not elect its mayors. Instead, the town’s residents’ names are put into a hat, and the name drawn out is appointed as mayor. As a result, in 2013, 4-year-old Robert Tufts became the youngest mayor in history when his name was drawn. – Source

25. All of Minnesota’s native earthworms were killed during the last ice age. Any worm you find in Minnesota is from an introduced species and should be destroyed as an invasive pest. – Source

28. Kenai, a brown bear in the Minnesota Zoo, repeatedly used a rock to smash the viewing glass of his enclosure. – Source

29. In 1862, Mankato, Minnesota was the site of the largest mass execution in U.S. history. Thirty-eight Dakota Indians were hanged after a war with white settlers. – Source

30. Minnesota produced a significant portion of the World’s iron ore for over a century. – Source

31. There are four figures on the ceiling of the Minnesota Supreme Court: Moses, Confucius, Socrates and Raymond VI, Count of Toulouse. – Source