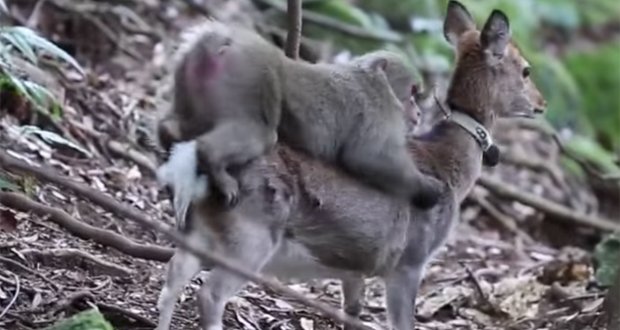 1. On Japanese island Yakushima, macaque monkeys are known to ride deer for transportation, and in return, they groom deer and share food with them. – Source

2. The louder the monkey, the smaller its testicles according to a study published by researchers in Utah. – Source

3. When monkeys were taught the concept of money, it resulted in the first recorded incident of monkey prostitution. – Source

4. Red color-blind monkeys who underwent gene therapy by having their eyes injected with a red cone, had their color blindness cured, potentially opening a door for curing color blindness in humans. – Source

5. The Infinite Monkey Theorem, stating that monkeys with typewriters and enough time could produce the entire works of Shakespeare, has been tried out in real life. They wrote five pages of S, slammed the keyboard with a stone and took a sh*t on it. – Source 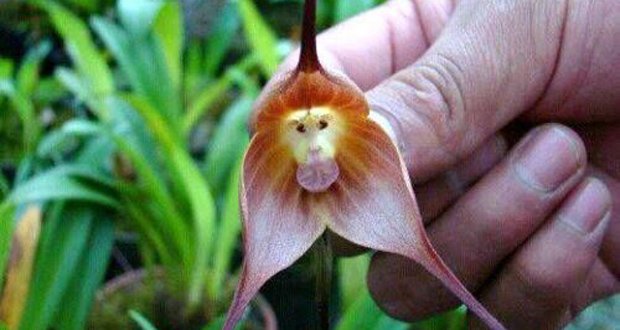 6. A species of orchid evolved to look like a replica of a monkey’s face, grows in the cloud forests of Peru and Ecuador. – Source

7. In 2003, Morocco offered to send 2,000 monkeys to assist the war effort in Iraq. They were to be used to detonate land mines. – Source

9. There’s an island called Monkey Island off the coast of Puerto Rico, where the monkeys naturally have Herpes B, which can kill humans. So the first rule of Monkey Island is “don’t get peed on”. – Source

10. There’s a variation of The Three Wise Monkeys, the “see no evil, hear no evil, speak no evil” monkeys covering their eyes, ears, and mouth (🙈🙉🙊). The variation contains a fourth monkey who covers its genitals to represent “do no evil”. – Source 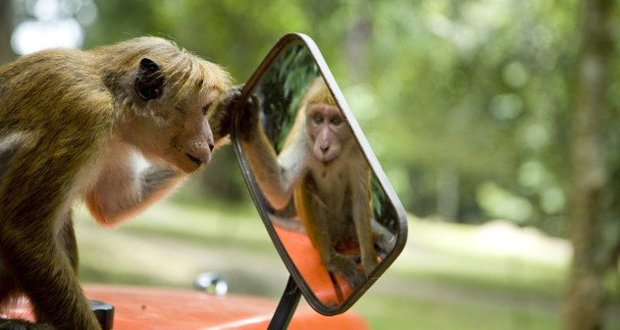 13. One king of Greece, Alexander I, died after being given sepsis from a bite from one of his pet monkeys. His death resulted in a war that killed over 100 000 people. – Source

14. A study of alcohol-stealing monkeys found that they could be divided into four groups: teetotaler, social drinker (the majority who only drink with other monkeys and not before lunch), regular drinker and binge drinkers that will drink themselves into a coma or death. – Source

15. The first looping “roller coaster” was tested with monkeys, sandbags, flowers, eggs and glasses of water before allowing humans on. – Source 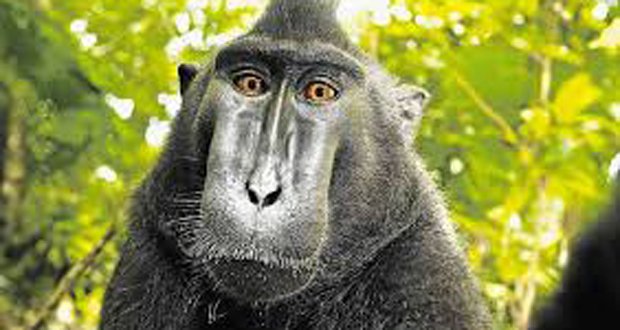 16. PETA once filed a lawsuit claiming that a crested black macaque monkey owns the copyright to a selfie he took of himself with a photographer’s unattended camera. – Source

17. A monkey discovered in 2010 is known as the Burmese sneezing monkey because it sneezes uncontrollably when it rains. – Source

18. The Nazis made it illegal, on pain of death, for monkeys to give the ‘Heil Hitler’ salute. – Source

19. There is only one wild monkey population in Europe and it’s growing – Barbary macaques of Gibraltar. – Source

20. Monkeys are capable of ‘cheating’ on their partners and covering up their ‘infidelity’ by suppressing their normal mating cries so as not to be overheard. – Source