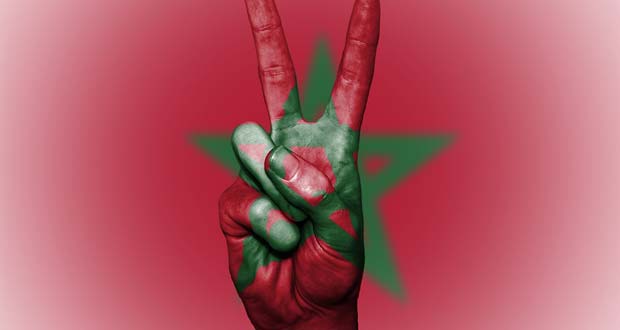 2. The King of Morocco, Hassan II grabbed the radio during an assassination attempt and told the rebel pilots who were firing at Hassan’s Boeing 727; “Stop firing! The tyrant is dead!” Which made the Assassins break off their attack. – Source

3. In 2003, Morocco offered to send 2,000 monkeys to assist the war effort in Iraq. They were to be used to detonate land mines. – Source

4. Mohammed V, monarch of Morocco, and Vichy French colonial subject was ordered to produce a list of Jewish subjects, he responded: “There are no Jews in Morocco. There are only Moroccans”. – Source

5. Morocco has the oldest operating university. Older than Oxford, it was founded by a woman in 859 AD. – Source

6. A succulent native to Morocco produces Resiniferatoxin, a compound so spicy that it is approximately 1,000 times stronger than pure capsaicin on the Scoville scale. It can cause severe chemical burns and is being researched towards a possible new class of analgesics. – Source

7. Spain has a land border with Morocco, as it stills has sovereignty over two small coastal cities in North Africa, Melilla and Ceuta. – Source

8. The Wu-Tang Clan released a secret album, of which they only made one copy. It is cased in silver and nickel and sits in a vault in Morocco. It runs $5 million. – Source

10. In 2003, shortly after a series of Islamic suicide attacks in Casablanca, the Moroccan government cracked down on Islamic extremists ultimately leading to the arrest of several thousand. – Source

11. The world’s tallest mosque is the 2nd tallest structure in Morocco. – Source

12. Morocco and New Jersey were directly adjacent in the Triassic period 252-201 million years ago. – Source

14. The world’s largest film studio is located in Morocco consisting mostly of deserts and mountains and was used for the latest Game of Thrones episode, The Mummy, Gladiator etc. It has also become a popular tourist resort due to the remaining sets of old movie productions. – Source

15. Morocco tried to join the EU but was denied because it isn’t a European country. – Source

16. There is a cactus native to Morocco that is hotter than any chili pepper known to man. – Source

17. The former American consulate in Tangier, Morocco is the only building on foreign soil to be on the US National Register of Historic Places and a US National Historic Landmark. – Source

18. A new species of spider was discovered in Morocco that will do cartwheels, or flip like a gymnast, to move faster when hunting prey. – Source

19. There is a city in Morocco that is painted blue. – Source

20. Morocco won the vote to host the 2010 World Cup but FIFA was bribed by South Africa. – Source

22. A small chunk of Mars landed in Morocco in 2012. It’s one of the few meteorites from the Red Planet. – Source

23. Pirates from Morocco and Algeria raided Iceland in the 17th century and captured an estimated 400–800 prisoners to sell into slavery. – Source

24. In Morocco, it is a criminal offense to possess a Christian Bible written in the Arabic language. – Source

25. Farmers allow the “Tree Goats of Morocco” to climb Argan trees to eat the fruit because their poop (consisting of digested clumps of seeds) is then pressed to create the sought-after Argan oil. Argan oil is commonly found in the popular Ogx Shampoo bottle effectively making it Shampoop. – Source

26. In 1591, during a war between the Saadi Dynasty of Morocco and the Songhai Empire, the smaller Moroccan force was victorious due in no small part to a cattle stampede triggered by their gunpowder weaponry. – Source