We may think we know the rules of soccer inside out. Everyone knows what offside is, right? We also recognize the back-pass rule that prohibits the keeper from grabbing the ball by hand when it was received from a team-mate.

One can be familiar with the rules above if they watch the game frequently. But, what if we told you there are some obscure rules in soccer that even ones that call themselves the most devoted fans might not know about? We call them ‘rare’ because they are rarely used or understood, and it’s no wonder that people might have no idea that they exist.

1. Player can’t score a goal from a throw-in

One of the FIFA rules mentions, “a goal cannot be scored directly from a throw-in.” Although the rule said so, in reality, not many players seem to know this rule. It’s evident in the following video where some goalkeepers mistakenly let the opposing team score a goal from a throw-in by touching it. Had they didn’t, the goals would be invalid.

2. A free-kick into your own net is not considered an own goal 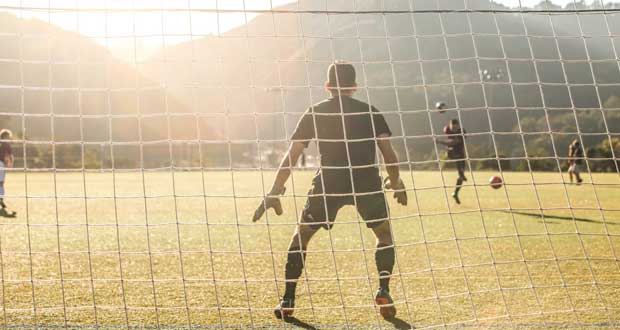 Ever wonder how hilarious it will be if a player conceded an own goal by accidentally kicks the ball from free-kick into his own net? Well, fortunately (or unfortunately), we won’t see them happening. The FIFA rule clearly states, “if a direct free kick is kicked directly into the team’s own goal, a corner kick is awarded to the opposing team.”

3. The ball from a goal kick needs to leave the 18-yard box

When the ball doesn’t leave the 18-yard box before it’s touched again, the goal kick is retaken. A funny accident linked to this rule happened involving Joe Hart of Manchester City and Charlie Austin of QPR on an English Premier League game in November 2014.

Joe Hart mis-hit the goal kick, forced him to kick the ball the second time. Regrettably for Joe Hart, the ball ended up onto the feet of an opposing player, Charlie Austin, allowing him to smash the ball into the net. Luckily, the goal was disallowed as Joe Hart previously broke the rule resulting in the kick being retaken.

4. A player can’t evade the back pass rule by not using his foot to pass the ball back onto their team’s goalkeeper

This looks like a good idea. A player could try to bypass the law by using any part of their body except their feet to make a legal back pass, but it’s actually not allowed. Another silly little incident also occurs relating to this rule.

Marco Verratti tries to get away by using his head to pass the ball back to the goalkeeper, Salvatore Sirigu, after receiving the ball from him a moment before. Although this seems acceptable, the referee decided otherwise and rewarded the young lad a yellow card, to which he reluctantly accepts.

Most people unknowingly think that a player is considered in an offside position if they are closer to the opponents’ goal line than the ball and the last opposing player except the goalkeeper. In fact, a player can still be considered in an offside position if he’s closer to the opponent’s goal line than the SECOND last defending player, regardless of whether the first last defending player is a goalkeeper or not.

A perfect example of the application of this rule can be looked at one of the 2010 World Cup games exhibiting South Africa vs Mexico. A South African player was standing on his team goal line in order to add more defense against the attacking Mexican players. When the goalie was out of position, Carlos Vela of Mexico received a pass from his teammate then convert it into a goal. Sadly, he was ruled offside since he’s closer to the goal than the second defender, even if there’s a non-GK South African player literally standing on the goal line.