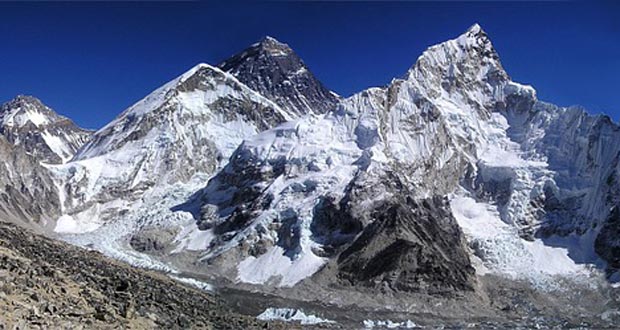 1. Olympus Mons on Mars, the tallest known mountain in the solar system, is so large at its base that an observer on its peak wouldn’t know he was standing on a mountain because its slope would be obscured by the curvature of the planet itself. – Source

2. There’s a mountain in Australia called Mt. Disappointment. It was named such because the explorers who first reached its summit found the view to be sub par and wanted to reflect their feelings in the name they chose for the mountain. – Source

3. Colorado’s two tallest mountains are so close to each other in height that fans of each mountain would repeatedly pile up rocks to try and make their preferred mountain taller. – Source

4. The Amazon River once flowed into the Pacific Ocean but was dammed up by the newly formed Andes Mountains. The Amazon’s basin then became a giant lake until it eroded away sandstone to the west, letting the lake drained into the Atlantic and forming the modern river. – Source

5. The Scottish Highlands and Appalachian Mountains in the Eastern US are a part of the same mountain chain. – Source

6. The K2, the world’s second tallest mountain, has no local name. It is so remote and inaccessible that very few local people knew of its existence, and thus why it retains its original surveying moniker given to it by British surveyors. – Source

7. A family has been carving a 64 story Crazy Horse memorial out of a South Dakota mountain for around 70 years. – Source

8. There is an inscription at the Yucca Mountain Nuclear Waste Repository meant to last 10,000 years, warning future civilizations of the danger lurking below the mountain. – Source

9. There is a mountain called Taumatawhakatangihangakoauauotamateapokaiwhenuakitanatahu in New Zealand, its name translates to “The summit where Tamatea, the man with the big knees, the slider, climber of mountains, the land-swallower who traveled about, played his nose flute to his loved one”. – Source

10. Monarch butterflies seem to remember an ancient mountain that used to stand where Lake Superior is now, and they still veer around that long-gone obstacle during their migration flight across the lake. – Source

11. Mount Everest may be the tallest mountain in the world, but Mount Chimborazo in Ecuador is the furthest away from the center of the earth. – Source

14. The rainforest-blanketed mountain of Mabu in Mozambique was first discovered by scientists looking at Google Earth. – Source

15. Mountains on the moon Titan are named after mountains from JRR Tolkien’s Middle Earth. – Source

17. There’s a house in the Adirondack Mountains that’s perfectly designed to survive the end of the world. – Source

18. Venus has Snow-Capped Mountains, but the “Snow” is made of Metal. – Source

19. In the 1960s an Indo-American expedition tried to place a nuclear-powered monitoring device on a peak in the Himalayas, but it was lost in an avalanche. 5 kilograms of plutonium remain unaccounted for, somewhere near the source of the Ganges River. – Source

20. The largest mountain in The Netherlands is located in the Caribbean. – Source

June 19, 2017
Latest Posts
Subscribe to Blog via Email
Did you know?
Loading...
Facts of the Day
Registration is disabled.