Here are 25 Interesting Facts About Muscles. 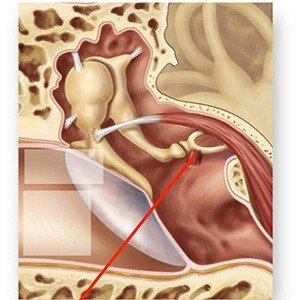 1. The stapedius is the smallest skeletal muscle in the human body. The stapedius dampens the vibrations of the stapes by pulling on the neck of that bone. This helps to control the amplitude of sound waves from the general external environment to the inner ear. This protects the inner ear from high noise levels, primarily the volume of your own voice. Recordings of your voice sound odd because the stapedius muscle isn’t functioning then. – Source

2. When people are electrocuted and throw themselves across the room, it is as a result of sudden and violent contraction of the person’s muscles as a result of the electrical charge flowing through the body. This demonstrates a potential for muscle contraction that isn’t utilized under normal circumstances. – Source

3. A team of material scientists at the University of Texas at Dallas have discovered a new way to create powerful artificial muscles from low-cost, everyday fibers such as fishing line and high-tension sewing thread that can lift 100 times more than normal muscles. – Source

4. If humans were capable of hearing frequencies lower than 20 Hz, we would hear our muscles moving. – Source 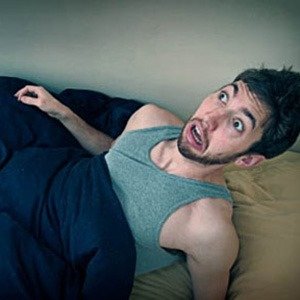 6. The hypnic jerk, or the twitching of the limbs that accompanies a falling sensation while sleeping, is caused by the brain’s misinterpretation of relaxed muscles as falling. The brain then sends signals to arm and leg muscles in an attempt to regain balance. – Source

7. Humans are not appropriate prey for great white sharks because the shark’s digestion is too slow to cope with a human’s high ratio of bone to muscle and fat. – Source

8. Creatine, the muscle building supplement, was found in a double-blind experiment to significantly increase cognitive function among vegans and vegetarians. – Source

9. In 1936 fitness expert, Jack LaLanne opened USA’s first health and fitness club in Oakland, California. Doctors, however, advised their patients to stay away from his health club, a business totally unheard of at the time, and warned their patients that “LaLanne was an exercise ‘nut,’ whose programs would make them “muscle-bound” and cause severe medical problems. – Source

10. The duck billed platypus hunts with neither sight nor smell, closing its eyes, ears, and nose each time it dives. Rather, when it digs in the bottom of streams with its bill, its electroreceptors detect tiny electrical currents generated by muscular contractions of its prey, so enabling it to distinguish between animate and inanimate objects, which continuously stimulate its mechanoreceptors. – Source 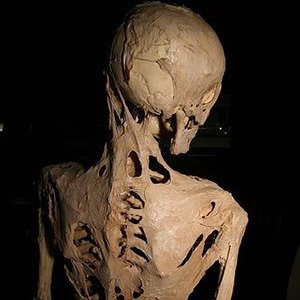 11. Stone Man Syndrome is an extremely rare disease of the connective tissue. A mutation of the body’s repair mechanism causes fibrous tissue (including muscle, tendon, and ligament) to be ossified (bone) spontaneously or when damaged. In many cases, injuries can cause joints to become permanently frozen in place. – Source

12. Despite months of inactivity during hibernation, bears are not subject to bone or muscle wastage or degeneration. Understanding the molecular signals and reproducing it by way of drugs could have great benefits for human health. – Source

14. Clinically proven autologous stem cell based treatments for tendon injury, ligament injury, and osteoarthritis in dogs have been available to veterinarians in the United States since 2005. Also, autologous stem cell-based treatments for ligament injury, tendon injury, osteoarthritis, osteochondrosis, and sub-chondral bone cysts have been commercially available to practicing veterinarians to treat horses since 2003 in the United States. – Source

15. Palmaris longus is a visible tendon in the midline of the anterior wrist. The muscle is absent in about 14 percent of the population. It can serve as a replacement for other tendons in case of injury. – Source 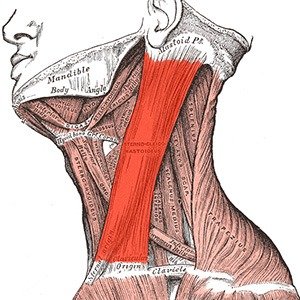 16. Creature designers often include the sternocleidomastoid muscle in models of alien characters when they want them to seem attractive and familiar to human viewers due to the muscle’s uniqueness as a mammalian feature. Even C-3PO has it, in the form of little pistons on his neck. – Source

18. The Tensor Tympani is a muscle that resides in your ear and is primarily used to dampen the noises of chewing. This muscle will tense up and reduce the amplitude of noise coming from your mouth. A small portion of the population can voluntarily control their tensor tympani muscle, causing a low rumble in the ear. – Source

19. A study done at Center for Sexual Health Promotion found that women can attain orgasm with a number of different exercises including abdominal workouts, biking and spinning, lifting weights and climbing poles or ropes. This is commonly referred to as a “Coregasm.” – Source

20. Human fingers are constructed of ligaments, tendons and three bones. There are no muscles in the fingers; and fingers move by the pull of forearm muscles on the tendons. – Source 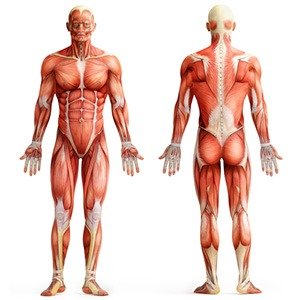 21. It is hard to tell exactly how many muscles are in the human body. Numbers range from 656 to 850 to over 50 billion depending on how you count them. – Source

23. Mentally doing a task makes you better at it. You can train your music skills or your muscles just by imagining the training. Your mind can barely tell the difference. – Source

24. High Heels are terrible for your feet. Some of the side effects from years of abuse include an early onset of osteoarthritis, poor posture, physical deformation of bones, dead nerve endings, increased ankle injuries and muscle tears. – Source

25. Ibuprofen is the most effective drug that relieves symptoms of menstrual cramps because it targets smooth muscle pain, the type of muscle that the uterus is made up of. – Source