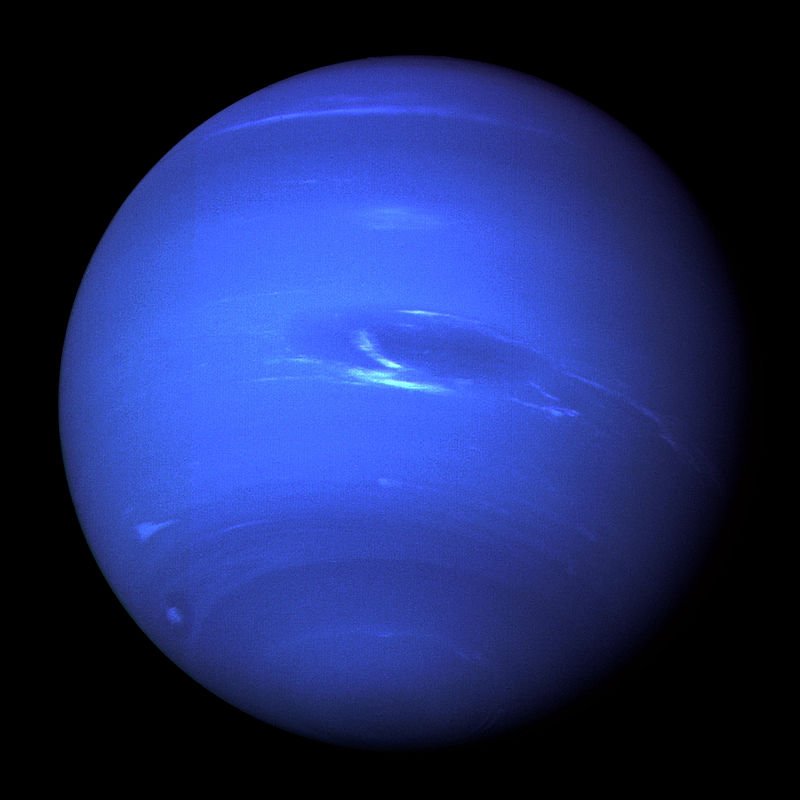 1. The planet Neptune may have a liquid diamond ocean with solid floating diamond-bergs. – Source

2. Neptune is not “Gas Giant” as is commonly believed, but belong to a separate category of giant planets called “Ice Giant.” This is because less than 20% of its mass is made up of hydrogen and helium. – Source

3. The planet Neptune was mathematically predicted before it was directly observed, based on the orbit of Uranus. – Source

4. The Voyager missions were launched when they did to take advantage of a unique planetary arrangement that allowed flight time to Neptune to be reduced from 30 years to 12. This alignment occurs every 175 years. – Source 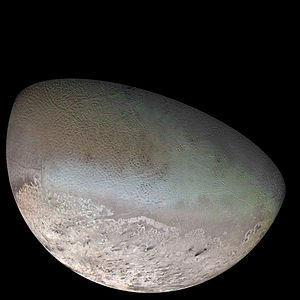 6. Triton, the largest moon of Neptune, is the only moon in our solar system with a retrograde orbit, an orbit in the opposite direction of its planet, and is thus thought to be a dwarf planet that Neptune caught from the Kuiper belt. – Source

7. Neptune emits more light than it receives from the Sun. – Source

8. Neso (moon of Neptune) is the farthest moon from its planet in the Solar System. It takes 26 Earth years to orbit Neptune planet once and it is as far away from the planet as the Earth is to Venus. – Source

10. Neptune is nowhere near the edge of the solar system. It is roughly 1/3,333rd the distance. – Source 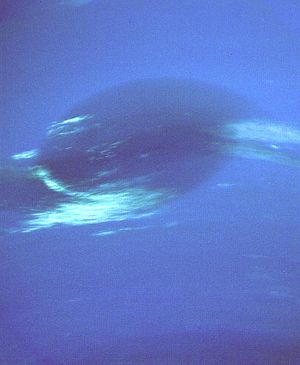 11. Neptune had a Great Dark Spot just like Jupiter but it disappeared in 1994. – Source

12. Just as humanity’s space technology was emerging, Neptune, Jupiter, Saturn, Uranus, and Pluto were all aligning, something that only occurs every 175 years enabling the humble Voyager spaceships to visit all but Pluto. –Source

13. Neptune’s gravity is only slightly higher than Earth’s, and if it had a solid surface, people would have no trouble walking on it. – Source

14. The names of the planets in the Greek language correspond to the Greek God names, not the Roman God names. E.g., the planet Poseidon for Neptune. – Source

15. Voyager 2 is the only human-made spacecraft to have flown by Neptune and Uranus. – Source

16. Neptune’s 5 main Rings were named after the astronomers that had been doing work on the planet. – Source