2. Nike wanted to call their first shoe design “Aztec”, but Addidas threatened to sue since they already had a line called “Aztec Gold”. The Nike cofounders then decided to change the name to “Cortez” after the general who “kicked the sh*t out of the Aztecs”. – Source

3. Sergei Bubka repeatedly and deliberately broke the world pole vault record by the smallest possible height so he could cash in on a Nike bonus with each new record. In a two-year span, he broke his own world record 14 times. – Source

4. Bam Margera, while sponsored by Nike, hated wearing the shoes to skate so much, that he used other shoes and cut out a Nike symbol to paste over them so he could skateboard properly. – Source

5. 1994 NBA MVP Hakeem Olajuwon released a $35 sneaker instead of endorsing shoes from Nike or Reebok because: “How can a poor working mother with three boys buy Nikes or Reeboks that cost $120?…She can’t. So kids steal these shoes from stores and from other kids. Sometimes they kill for them.”  – Source

6. In a 1980s Nike commercial, a Kenyan tribesman’s words were translated as “Just Do It”; however, American anthropologist Lee Cronk alerted Nike that the Kenyan really said, “I don’t want these. Give me big shoes.” Nike responded back saying, “We thought nobody in America would know what he said.” – Source

7. Michael Jordan was fined $5000 for every game that he wore Air Jordans (as shoes violated NBA league policy). He made an estimated $90 million in 2013, more than any other active or retired athlete, largely from Nike royalties. – Source

8. Converse Chuck Taylor’s All-Star sneakers were made in the USA until the company declared bankruptcy in 2001. After Nike bought them in 2003, they moved all manufacturing overseas to Asia. – Source

9. When the Nike Swoosh logo was created in 1971, the designer billed $35 for it. In 1983, Paul Knight sent her a golden Swoosh diamond ring, with an undisclosed amount of Nike stock as thanks. – Source

10. Nike released a pair of shoes to commemorate St Patrick’s Day and named them “Black and Tans”. Unknowing to Nike the “Black and Tans” were a British paramilitary group that terrorized the Irish, Killing and injuring hundreds of people in Ireland during the 1920’s. – Source

11. Chumbawamba turned down a $1.5 million offer from Nike (reportedly in 30 seconds) to use their signature song “Tubthumping” in a FIFA World Cup commercial. – Source

12. Nike founded and oversees an ultra-elite running group, with state of the art equipment such as underwater treadmills, and whose athletes live in a specially designed house where filters remove oxygen so the athletes develop more red blood cells in a simulated high-altitude environment. – Source

13. Casey Neistat was commissioned by Nike to make a commercial with the theme “Make it Count”. He took the budget and spent it on a spontaneous and fun trip for himself and a friend, filming himself running at each destination. Nike was pleased with the end result. – Source

14. George Raveling is Nike’s director of International Basketball, who currently holds the original typewritten copy of MLK’s “I Have a Dream” speech. MLK handed it to him when he stepped off the podium, and Raveling has kept it to this day and refuses to sell it. – Source

15. The guy who tried and failed to get the word “sweatshop” printed on his custom Nike shoes went on to found Buzzfeed. – Source 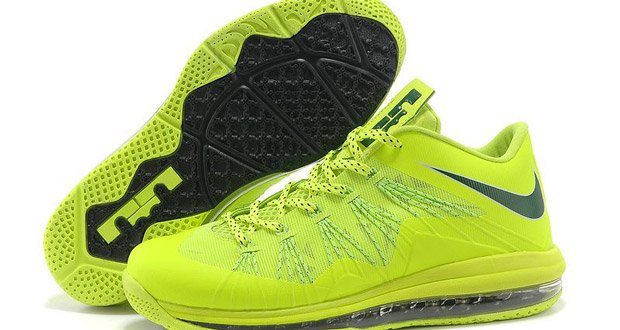 16. Fluorescent running shoes gained popularity after Nike put them on 400+ athletes in the 2012 Olympics. Nike didn’t have the rights to advertise at the games so they used fluorescent yellow (the most visible color to the human eye) to draw attention to their shoes. – Source

17. In 1998, Nike recalled 38,000 pairs of shoes and donated to Muslim communities because their shoe used an “Air” logo that resembled the word “Allah.” – Source

18. In 1990, about 60,000 Nike shoes were released from a shipping container into the ocean. When the shoes started to appear on land all over the world, they helped oceanographers map the currents of the Pacific Ocean. – Source

19. Nike was forced to discontinue its “Decade” line of shoes in 1997. The move was in response to 39 members of the Heaven’s Gate cult committing suicide all dressed identically in black shirts, sweatpants and brand new Nike Decades. – Source

21. The first video ever to hit a million views on YouTube was a Nike commercial starring Ronaldinho. – Source

22. After NBA superstar Kobe Bryant’s retirement game, teammate Nick Young asked him to sign Young’s Adidas shoes. Kobe instead threw Young’s shoes in the trash shoes because he is signed to Nike. – Source

23. Zach Galifianakis was approached by Nike to be in their advertising after the success of The Hangover. During the conference call, he broke the ice by asking, “So, do you guys still have 7-year-olds making your stuff?” – Source

24. Nike had never produced a golf club or golf ball until they signed Tiger Woods in 1995. – Source

27. U.S. Customs almost destroyed Nike in the 1970s by issuing them a retroactive $25 million bill on imported shoes. Eventually, it was found out that bill was the result of successful political lobbying by competitors in the U.S. who used “American Selling Price” loophole. – Source

28. Nike plans to make a 230mph car that collects energy from the driver, store it in their shoes and use it as its primary power source. – Source

29. In 2003, Nike produced a line of running shoes called “Mayfly” that were designed with a pattern similar to mayfly wing venation. – Source

30. The idea for the movie Space Jam came from a 1993 Nike commercial featuring Michael Jordan and Bugs Bunny. – Source

31. Nike commissioned LCD Soundsystem to compose an EP designed to accompany jogging workouts “to reward and push at good intervals of a run.”, named 45:33. – Source

AskReaders: What book would you recommend to someone who thinks books are boring?