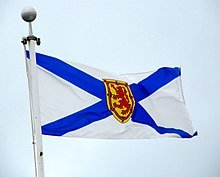 1. The flag of Nova Scotia was only officially adopted in 2013, even after 155 years of use, when an 11-year-old girl researching a project realized that it had never been officially recognized in all that time. – Source

2. Polydactyly (having many fingers) in cats was seen by sailors as advantageous for catching mice aboard ships. Consequently, there is a high proportion of these cats in seaport areas such as Nova Scotia, Boston, and Great Britain. – Source

3. There is a mysterious pit in Nova Scotia. Excavation started in 1795 but to this day what is at the bottom of the hole remains a mystery. – Source

4. Dalhousie University in Nova Scotia has a “Puppy Room”. It’s a room full of puppies where students can go to calm down when they are stressed. – Source

5. Bluenose was a schooner from Nova Scotia built in 1921 that was undefeated in races for 17 consecutive years. At the same time, she worked as a general fishing craft and at least once won competitions for largest catches of the season and similar awards. – Source

7. On the final night of shooting Titanic in Nova Scotia, one or more pranksters mixed the dissociative hallucinogen PCP (angel dust) into the clam chowder served to the cast and crew. 80 people were taken ill, and more than 50 were hospitalized with hallucinations. – Source

8. The Coat of arms of Nova Scotia has a unicorn and a Native American on it. – Source

9. Canada and the U.S. have been fighting over a small island that’s halfway between Nova Scotia and Maine for hundreds of years. The island is inhabited and has amazing lobster grounds around it, where lobster cage sabotage has been suspected by both sides. – Source

10. There is a 95-ton rocking stone in Halifax, Nova Scotia that can be moved with very little force. – Source

11. The Sable Island Ponies is a small island off the coast of Nova Scotia, Canada, that is only occupied by wild horses. It’s believed they were introduced in the 18th century by the British, having been stolen from the Acadians during the Great Upheaval. – Source

14. In Nova Scotia there exists 200-year-old law still on the books which guarantee bounties for Mi’kmaq scalps. – Source 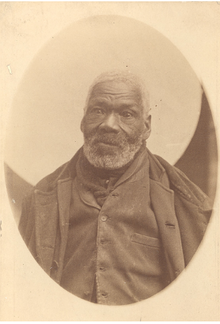 16. The British freed 3,500 slaves during the War of 1812, transporting them to Nova Scotia where their descendants still live today. – Source

17. The Bay of Fundy in Nova Scotia had the highest tides in the world. Twice a day, every day, 100 billion tons of water flow in and out of the bay which in some areas can rise to heights of 54 feet. – Source

18. Nova Scotia has a “Windsor Pumpkin Regatta” in which people race in pumpkin boats. – Source

19. Nova Scotia approved a ban on Sunday shopping in 2004. It was overturned two years later. – Source

20. There exists a fandom for the perpetrators of the Columbine High School Massacre. Three members of the fandom planned a shooting in Halifax, Nova Scotia. – Source

21. During the American Revolution, the village of Chester, Nova Scotia avoided a raid by American Privateers by having the women reverse their clothes and marched along the walls so that the red colour resembled British Army uniforms to convince American Privateers to leave. – Source

22. The slapshot was invented in Nova Scotia by a black hockey player, Eddie Martin, in 1906 (11 years before the NHL was inaugurated). – Source

23. There is a clan of families living in Nova Scotia that is famous for sexual abuse and incest. – Source

24. A Canadian dialect of Gaelic has been spoken for 241 years in Nova Scotia. – Source

25. Fearing an avalanche of lawsuits Nova Scotia provincial government set up a $25 million compensation fund for victims of physical and sexual abuse at its reform schools. Requiring little or no proof of the alleged crimes, 363 of the reform schools employees got accused of sexual abuse. – Source

26. The only monument to the Crimean war in North America is located in Halifax, Nova Scotia. – Source

27. The first IKEA store to open in North America was in 1977 in Halifax, Nova Scotia. – Source

28. The Trans-Canada Highway has a 180° switchback. Because of local demands to build a bridge at a certain location, a portion of the highway in Nova Scotia has a very dangerous hairpin curve. – Source

29. Nova Scotia, British Columbia, and Alberta all had hockey teams called The Swastikas in the 1920s. – Source

30. In 2004, the Nova Scotia provincial parliament voted to invite the Turks and Caicos to join the province. – Source

31. Nova Scotia is known as “The Mississippi of the North” for its numerous high profile cases of racism. – Source