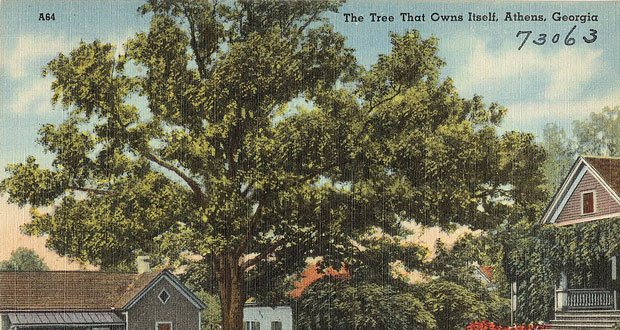 1. The “Tree That Owns Itself” is a white oak tree in Athens, GA, that is widely assumed to legally own itself and the eight feet of land surrounding it. According to newspapers, a deed written by Colonel William Jackson was written to the tree, giving ownership of the land to itself in the 1800s. – Source

3. In 1987, Mr. T angered the residents of Lake Forest, by cutting down more than a hundred oak trees on his estate. The incident was called The Lake Forest Chain Saw Massacre. – Source

4. Warship required some 2000 oak trees but raising one full-grown oak required at least 150 years. Thus to secure a steady supply, the use of oak was regulated by law from the 13th century in Sweden. – Source

5. The winners of the 1936 Olympic Games in Berlin received an oak tree as a gift from Hitler. – Source 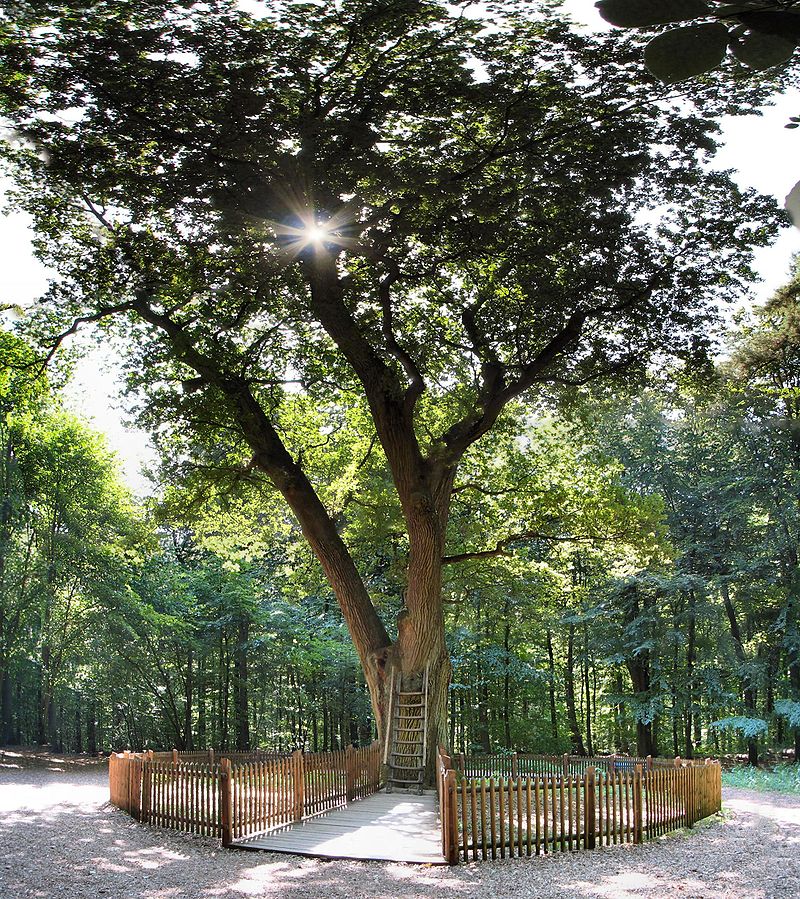 6. Germany has the only tree in the world with its own mailing address. It’s known as the Bridegroom Oak, and it receives about 1000 letters per year from singles looking for love. Anyone can take letters from the tree and respond. They estimate that it’s responsible for over 100 marriages. – Source

8. Artist Tim Tingle saved a park’s ancient oak trees from being cut down by carving faces into the wood. – Source

9. The cork tree is a member of the oak family that can live for 200 years, and whose bark can be harvested up to 12 times. – Source 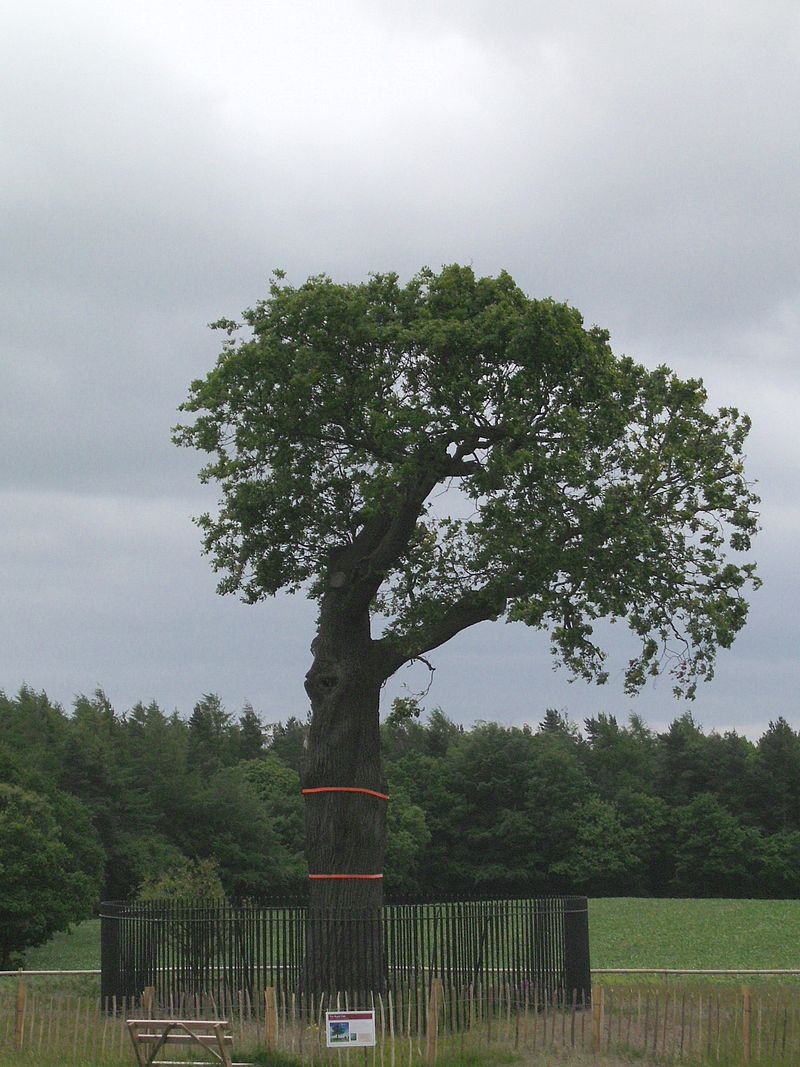 11. King Charles II escaped Cromwell’s forces by hiding in an oak tree. It is commemorated by Royal Oak Day in England on May 29th. The oak tree has since been destroyed by tourists who wanted a piece of the tree in the 17/18th century, but a son tree is in its place. – Source

12. The town of Basking Ridge, New Jersey, was built around a large oak tree in 1717. Legend has it that George Washington and his troops camped under it during the Revolutionary War. The tree was estimated to be 619 years old when it died in 2016. – Source

13. Java was originally called Oak after an oak tree that stood outside James Gosling’s office. – Source

14. When Virginia International Raceway’s famous oak tree fell in 2013, VIR worked with Virginia Tech’s Institute for Advanced Learning and Research in an effort to clone the tree. – Source

15. The oak tree from “The Shawshank Redemption” that was heavily damaged by straight-line winds in a thunderstorm on July 29, 2011, is alive and well! – Source

16. There is an oak tree that houses TWO chapels in its hollow trunk. – Source

What is your favorite paradox?