Before the early 1800s, the United States of America was only about half the size that it is today. It was in 1803 when the then President Thomas Jefferson began to expand westward after the Louisiana Purchase. One of the biggest migrations towards the western part of the United States took place on what is now known as the Oregon Trail. 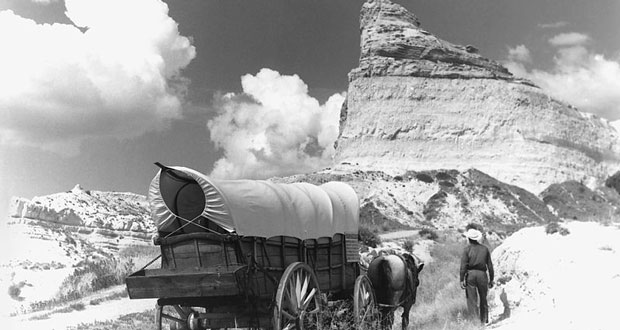 1. The Oregon Trail was more than one path. While there was the main trail that pioneers followed to Oregon, eventually many other branches of the trail were developed as pioneers headed to different parts of Oregon Territory and California.

2. As traffic along the Oregon Trail increased, the paths became a dumping ground for garbage and supplies that the pioneers could not continue to take with them.

3. While the pioneers feared attacks from the Native American as they started the journey, they soon learned that Native Americans were more helpful than anything else and that attacks were very rare.

4. While Oregon Territory was the first big draw for the pioneers and the trail is named the Oregon Trail, most pioneers settled in places outside of Oregon. Pioneers went to Washington, California, and Wyoming as well as Oregon.

5. If you travel in around where the Oregon Trail and its branches were, you can still see wheel ruts today from the thousands of wagons that traveled along the Oregon Trail. 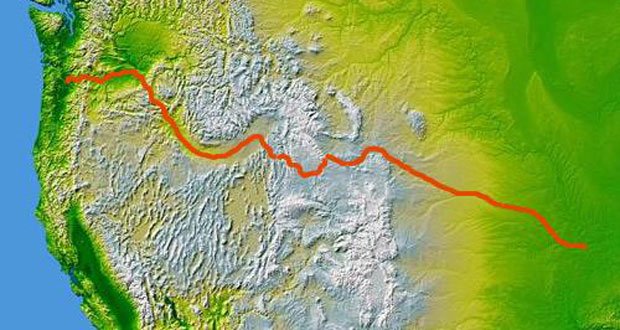 6. The total length of the Oregon Trail was over 2,000 miles. The trip would take anywhere from 4 to 7 months for a pioneer family to complete and preparing for the trip took over a year.

8. In the planning stages, the families had to buy and store hundreds of pounds of food. Some of this food included coffee, salt, sugar, bacon, and flour.

9. Unfortunately, not everyone would survive the Oregon Trail. Many people died on the trail and would be buried alongside the trail, due to disease, accidents, or drownings. By 1860, there were graves along every mile on the Oregon Trail.

11. The Oregon Trail was not planned out, it just happened as the fur traders and then the pioneers headed towards their destinations.

12. The Oregon Trail is also known as the Oregon-California Trail. However, the trail for California also became known as the Santa Fe Trail. Pioneers started heading to California more than Oregon and other areas along the trail once the California Gold Rush started in 1848.

15. Most of the wagon trains would leave in April or May because they wanted to make their destination before the cold and winter weather arrived.