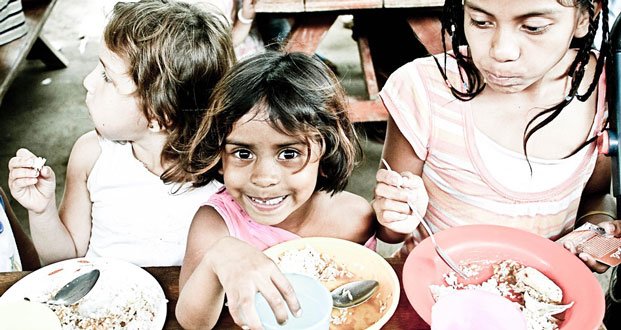 1. After the Romanian Revolution in 1989 many orphanages were shut down forcing thousands of neglected orphans to live in the sewers of Bucharest. Many of those orphans still live in the sewers today, some have even raised their children there. – Source

2. “AIDS orphan tourism” in Africa is a thing, where volunteers temporarily care for children who have lost their parents to the virus and has left children with attachment disorders and encouraged orphanages to purposefully keep them in poor conditions to attract more volunteers. – Source

3. A man called Dobri Dobrev walks 25km each day to beg for money for orphanages that are unable to pay their bills. – Source

4. A Mexican priest became a Lucha Libre wrestler named Fray Tormenta in order to raise money to support the orphanage he founded. When he retired, one of the children from the orphanage took up his mantle so that the legend of Fray Tormenta can live on. – Source

5. In the 1950s, hundreds of babies were on loan from orphanages to various U.S. universities. There, students could practice the latest child-rearing theories of the day on a real newborn. After a year or two, the babies would leave their multiple mothers to find homes in adoptive families. – Source

6. A boy was conscripted into the Khmer Rouge at age 10 and laid thousands of landmines, but as an adult started clearing them with a stick and a Leatherman. His collection of defused bombs became the Cambodia Landmine Museum, which is also an orphanage for victims. – Source

7. The Ukrainian translation of Harry Potter is set in an orphanage instead of a boarding school since it was the only thing they could conceive of as bringing children together. – Source

8. Janusz Korczak, a Polish-Jewish pediatrician and children’s author who managed a Jewish orphanage in Warsaw during the Holocaust, refused freedom (despite offers of sanctuary from admirers of his works) and stayed with his orphans when they were sent to the Treblinka extermination camp. – Source

9. Because of the generous donations from Westerners, 75% of children in orphanages in Cambodia are not actually orphans. – Source

11. Empress Catherine the Great founded an orphanage in Moscow to turn Russia’s thousands of abandoned children into model citizens. Over 40,000 were admitted in her reign, but it failed disastrously due to 87% of them died of disease. – Source

12. Costa Rica has the worlds only Sloth orphanage. – Source

13. At a former Catholic orphanage, a mass grave with nearly 800 infants and small children stuffed in a septic tank by the attending nuns, was discovered in Ireland. The babies ranged from 35wks to 3yrs old. – Source

14. Prakash Kaur who was dumped as a baby girl in a drain in 1993, now runs an orphanage for girl children who are dumped right after their birth by their parents in Punjab, India. – Source

15. Immortal Technique donated all the money he made on his last few for-profit albums to build an orphanage in Afghanistan. – Source

16. In Medieval times, orphanages had “foundling wheels” where abandoned babies could be left to be taken care of. Today “baby hatches” exist all over the world. – Source

18. In 1912, a Paris orphanage held a raffle to raise money. The prizes for the said raffle were some of the orphanage’s babies. – Source

19. WWE Hall of Famer Ric Flair was kidnapped from his home by a Tennessee orphanage and was illegally adopted. – Source

20. There are Dying Rooms in Orphanages in China, where Acute Liver Failure is considered a “normal” medical condition, where orphans are bound by their legs to “Potty chairs” for long periods of time, and where they are finally abandoned by the orphanage in a room to die. – Source