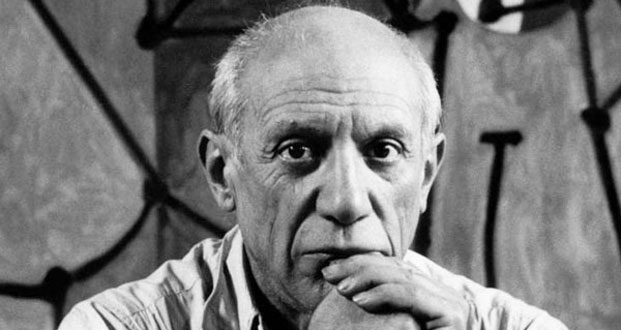 1. During the Second World War, Pablo Picasso remained in Paris while the Germans occupied the city. During one search of his apartment, a German officer saw a photograph of the painting Guernica. “Did you do that?” the German asked Picasso. To which he replied “No, you did”. – Source

3. Pablo Picasso was questioned as a suspect when Mona Lisa was stolen in 1911. – Source

4. Pablo Picasso’s 1932 painting “La Lecture” depicts Picasso’s mistress asleep with a book upon her lap. The painting led to the breakup of Picasso’s marriage after his wife saw it at an exhibition and realized that the facial features (though highly stylized) were not her own. – Source

6. Pablo Picasso claimed credit for the invention of “dazzle” camouflage (widely used on WWI ships to disguise position and heading), due to its similarity to Cubist art. – Source

7. Pablo Picasso’s famous “The Bull/Bullhead” was defined by him as a picture which was the sum of destruction. This exists as a suite of 11 lithographic plates and is a master class in how to develop an artwork from the academic to the abstract. – Source

8. Pablo Picasso was a not very nice guy, especially to his family. His wife, grandson, and a mistress all committed suicide. His grandson drank a bottle of bleach a few days after not being allowed to attend Pablo’s funeral and died three months later. – Source

10. Pablo Picasso was capable of painting incredibly realistic paintings at the age of 15. – Source

11. Pablo Picasso had to burn his own paintings to keep his room warm. – Source

12. Pablo Picasso’s roommate had a dachshund named Lump, and Picasso was more attached to him than any of his own pets (a boxer and a goat). The lump was his muse, there are several paintings of him in Picasso’s work, and once Lump even ate one of his paintings. Picasso died one week after Lump. – Source

13. Due to lack of funds, Pablo Picasso’s The Old Guitarist was painted over another painting of a woman in a field nursing a child next to a sheep and a bull. – Source

14. Pablo Picasso created a piece in 1951 called “Massacre In Korea” as a protest during the Korean War. – Source

15. Ernest Hemingway once traded a case of hand grenades to Pablo Picasso for a one-of-a-kind cat sculpture. The sculpture was misplaced in a box in the Hemingway house for decades until it was discovered, broken, by the caretaker in 1974. – Source

16. In 1950, Brian Blessed met famous painter Pablo Picasso at a World Peace Congress in Sheffield. Upon asking Picasso to prove he was really the famous painter, he drew him the dove of peace which Brian turned down. The drawing is now valued around £57,000,000. – Source

17. Pablo Picasso was a fervent member of the French Communist Party and he received the Stalin Peace Prize from the USSR. – Source

October 6, 2017
Latest Posts
Subscribe to Blog via Email
Did you know?
Loading...
Facts of the Day
Registration is disabled.