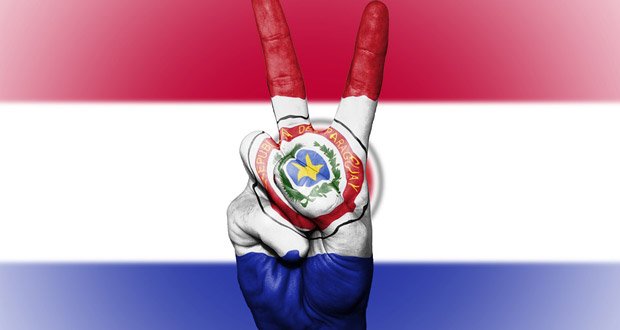 1. Paraguay is the only country in the Americas where more people speak a native language than a colonial one. – Source

2. US President Rutherford B. Hayes arbitrated a land dispute between Argentina and Paraguay. He decided in favor of Paraguay, giving the country 60% of its current territory. Paraguay still honors Hayes, and there is a local soccer club named after him, Club Presidente Hayes. – Source

3. The Paraguayan War (1864-70) was proportionally the most devastating war in modern history. It left Paraguay with less than 15% of its prewar population and with a 1:4 male to female ratio. – Source

4. Although acne affects 79-95% of western adolescents, a study of non-westernized tribes in Paraguay found no cases of acne. – Source

5. In Paraguay, 2004, almost 400 people died and nearly 500 got injured in a supermarket fire because the owners locked all the doors to prevent people from fleeing without paying for merchandise. – Source

6. Paraguay’s first dictator, José Gaspar Rodríguez de Francia, forbade colonial citizens from marrying one another and allowed them to marry only blacks, mulattoes or natives, in order to break the power of colonial-era elites and to create a mixed-race or mestizo society. – Source

7. Paraguay maintains its own navy despite the fact that the country is landlocked. – Source

8. Some Australians founded a socialist colony in Paraguay in 1893. – Source

9. Paraguay consumes the most tea per capita. – Source

10. Paraguay has the 2nd and 25th largest hydroelectric dams in the world that provide 100% renewable and clean energy but suffers constants blackouts due to poor distribution infrastructure. – Source

11. Dueling is still legal in Paraguay provided that both parties are registered blood donors. – Source

12. In 1982, one of the greatest waterfalls on Earth was submerged by the construction of Itaipu Dam on the Paraná River in Paraguay. The Brazilian government then dynamited the submerged rock face of the falls to promote safer navigation, destroying it forever. – Source

13. The flag of Paraguay is one of the few flags in the world with a different design on both sides. – Source

15. Nueva Germania is a German settlement in Paraguay. It was founded in 1887 to practice utopian ideas about the superiority of the Aryan race. The experiment failed, and by 2002, only about 10% of Nueva Germania’s inhabitants were of mainly German origin. – Source

16. The nation of Paraguay, independent since 1811, had its first transition of power without conflict in 2008. – Source

17. There’s a very poor village in Paraguay that has turned items found in the dump into instruments for their youth orchestra. – Source

20. All of Paraguay’s temperature record has been tampered with to make a cooling trend appear like a warming trend. – Source