Paris nicknamed “The City of Love” has been home to many of the world renowned artists. It is known as the city of art, food and love. Here are 30 Kickass and Interesting Facts About Paris. 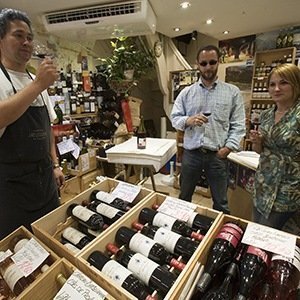 1. In 1976, there was a WINE TASTING in Paris that blindly compared Californian wines with French wines. Californian wine eventually won. The lone reporter covering the event was blacklisted for reporting it. – Source

2. Japanese tourists when visiting Paris sometimes have to be sent back to Japan because they suffer from extreme shock sometimes called “Paris Syndrome.” It is because they were completely unprepared for the reality of Paris not being the greatest place in the world. – Source

3. The municipal government of Paris cleared a resolution to forbid Tom Cruise from becoming an honorary citizen of the city. – Source

4. Guy de Maupassant (the famed French writer) ate lunch at base of Eiffel Tower almost each day. His reason was that he hated the Eiffel Tower and that was the only place in the whole Paris from which he could not see it. – Source

5. There is a man in Paris, who invites complete strangers to his house for a dinner party each week. He has been doing this for 30+ years. You got to register on his website first to be invited. You can register here. 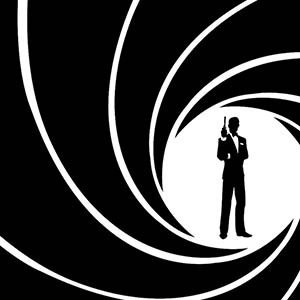 6. James Bond was modeled after a real spy named Wilfrid “Biffy” Dunderdale – MI6’s man in Paris, he was also friends with Ian Flemming and it appears that several of Dunderdale’s stories ended up in Flemming’s books. – Source

7. The French Resistance cut the elevator cables to the Eiffel Tower to keep Hitler from visiting it during his visit after Paris fell. When faced with the prospect of climbing more than 1500 stairs, he opted out. – Source

8. the Great Mosque of Paris sheltered Jews during the Holocaust and supplied them with Muslim identity certificates – Source

9. In 1863, Jules Verne wrote “Paris in the 20th Century,” a manuscript which predicted everything from glass skyscrapers to feminism to a statistical rise in illegitimate births; his publisher advised him against publishing it as it “broke no new ground” and was “unbelievable” – Source

10. An apartment in Paris was left unoccupied, under lock and key for 70 years – the rent faithfully paid on time. Inside a painting worth 2 million Euros was discovered when the renter died. – Source 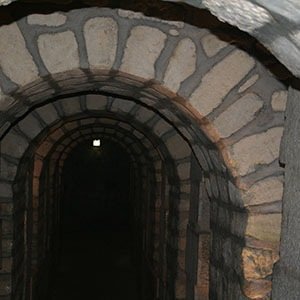 11. A hospital doorkeeper got lost, possibly looking for liquor, in the Paris Catacombs in 1793 and his body was found 11 years later. – Source

12. The Hollywood Movie Count of Monte Cristo was likely based on the true life events of a man, who was wrongfully imprisoned by his friends, found a hidden treasure whose whereabouts were revealed to him by a dying priest, and later returned to Paris under a false name to pay vengeance on his accusers. – Source

13. James Joyce and Ernest Hemingway used to travel around Paris together, picking up fights with larger men. – Source

14. Paris and Rome are exclusive sister cities, seeing no other city as equal counterparts. The two use the motto: “Only Paris is worthy of Rome; only Rome is worthy of Paris.” – Source

15. During WWI, France built a ‘Fake Paris’ near the capital city to confuse German pilots. – Source 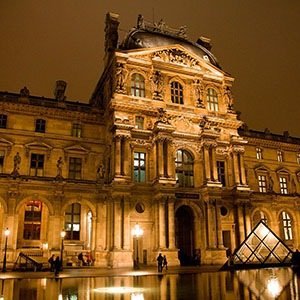 16. Before the Nazi armies invaded Paris during World War 2, the Louvre (famed art museum) was vacated and its contents were secretly distributed among wealthy French citizens, who hid them in their houses around the country. – Source

17. At the start of the 20th century, Paris had a zoo full of confined humans brought in from their colonies in Madagascar, India, China, Sudan, Congo, Tunisia and Morocco. Over a million people used to visit this zoo. – Source

18. In 1926, the visiting Ukrainian Head of State was assassinated in Paris with 5 shots from a revolver in broad daylight. The policeman who witnessed the crime walked over to the gunman and said calmly “Is that enough?” – Source

19. When the mummy of Ramesses II (aka Egyptial king Ozymandias) was flown to Paris in 1974, it was issued a passport that listed his occupation as “King (deceased)”. – Source

20. A brothel in Paris named “Le Chabanais” was frequently visited by King Edward VII. King Edward would fill a bathtub full of champagne to bathe in along with his prostitutes. That bathtub was then sold to Salvador Dali in 1951. – Source 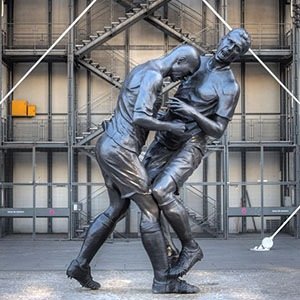 21. There is an oversized bronze statue of Zidane headbutting Materazzi in Paris. – Source.

23. Hitler gave orders to destroy Paris on the eve of the allied liberation in 1944, but the Nazi General in control of Paris intentionally ignored the order. – Source

24. There is a verifiable population of kangaroos living in the wild in the township of Émancé, about an hour outside of Paris. The kangaroos are descended from a breeding population that escaped during a failed burglary attempt at an animal park in the 1970s. – Source

25. To continue casting under Nazi occupation, Picasso had bronze smuggled into Paris. – Source 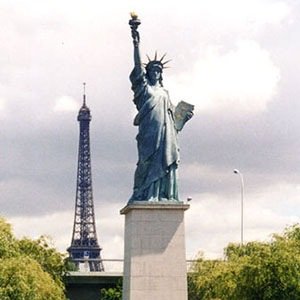 27. The Paris sewer system matches the streets above it. It is cleaned by rolling giant stone balls down it. – Source

28. There is a group in Paris called Les UX that spends most of its time repeatedly breaking into historical sites and monuments to secretly repair them, building (literally) underground cinemas, and staging clandestine artistic events. – Source

29. The Allied army threw themselves a parade in Paris after Liberation (1945) since it was the only way for the troops to make it through the city’s celebrations in order to continue fighting the Germans.

30. There is a Counterfeit Museum of Paris, where they display the most impressive and accurate knock-offs of popular goods. – Source