1. The first animal to ask an existential question was from a parrot named Alex. He asked what color he was, and learned that it was grey. – Source

2. There are an estimated 550 wild parrots living in NYC that were accidentally released from a shipment at JFK airport in the late 60s. – Source

3. When the African Grey parrot N’kisi first met Jane Goodall, he recognized her from a photograph and asked “Got a chimp?” It is claimed that this was a possible display of a sense of humor. – Source

4. The Australian Night Parrot is the most elusive and mysterious bird in the world only three people have had a confirmed sighting in over a century. – Source

5. There is a metal band called Hatebeak whose lead singer is an African grey parrot. – Source 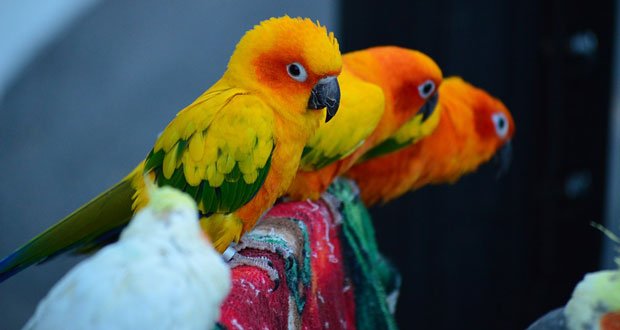 6. Parrots name their children, and the names follow them for life. – Source

7. A parrot named Echo was put into witness protection after testifying against its owner leading to their arrest. – Source

8. The last words of Alex the Parrot to his caretaker was “You be good, see you tomorrow, I love you”. – Source

10. The Pyongyang Central Zoo has a parrot which can squawk “Long live the Great Leader, Comrade Kim Il-sung” in English. – Source

11. The Carolina Parakeet was a neotropical parrot that was native to much of the United States up until they were driven extinct by deforestation, hunting, and possibly disease in 1910. They lived in huge flocks of up to 300 birds and were likely poisonous to eat. – Source

12. The world’s largest parrot, the Kakapo, is the world’s only flightless parrot. It is nocturnal, herbivorous, and is one of the world’s longest-living birds with an average lifespan of 95 years. It is critically endangered. As of 2012, there were only 126 living individuals known. – Source

14. Australia experiences a phenomenon called Drunken Parrot Season, a time of the year where hundreds of parrots eat fermented fruits and show signs of intoxication including hangovers. – Source 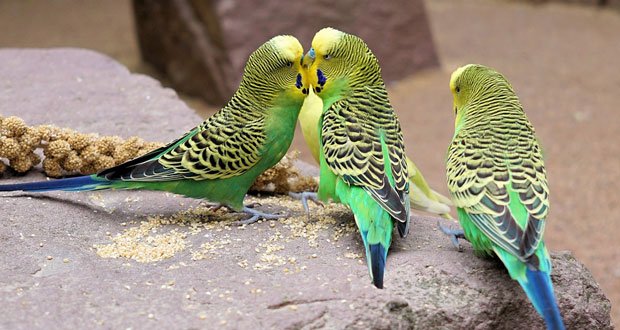 16. The collective term for parrots is a pandemonium of parrots. – Source

17. White-fronted parrots kiss mouth-to-mouth. When the male is sufficiently aroused, he vomits into the mouth of the female. – Source

18. Amazonian macaws and other parrots will eat the clay on exposed river banks to neutralize the poison of the seeds they consume. – Source

19. In the 1890s, a Scotch Whisky company trained 500 grey parrots to repeat marketing slogans and distributed them for free to pubs and licensed grocers. – Source

20. There’s a Parrot adoption & rescue in St. Paul, MN where parrots learn to paint with brushes and the artwork is sold to raise money for the sanctuary. – Source 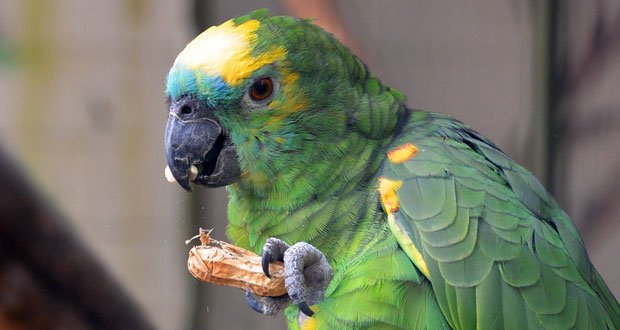 21. Study finds that most parrots are left-handed. – Source

23. Parrots in Tasmania were dying off for unknown reasons. When scientists set up cameras, they discovered that they were being eaten by sugar gliders. – Source

24. In 2013, John Young captured photographs of a group of Night Parrots, Pezoporus occidentalis. They’re the only photos ever captured of live specimens, and one of only two confirmed live sightings since the 1800’s. He refused to reveal where he took the photos to protect the birds from poachers. – Source

25. Keeping parrots at home is illegal in India. – Source 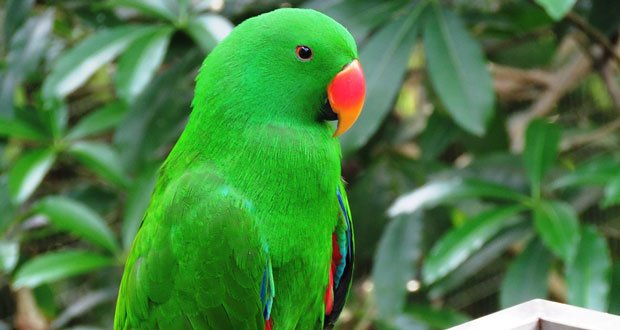 26. Parrots do not have vocal cords. Instead, they control the movement of the muscles in the throat to direct the airflow in such a way as to reproduce certain tones and sounds. – Source

27. President Andrew Jackson’s pet parrot was thrown out of Jackson’s funeral for cursing too much. – Source