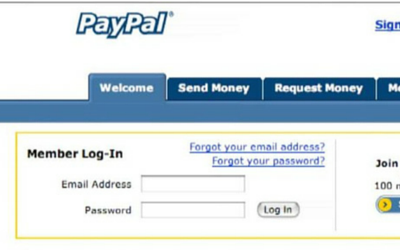 1. In 2013 PayPal accidentally credited $92 quadrillion to a Pennsylvania man. – Source

2. When Paypal was started they gave $20 to everyone that made an account and $20 for every person they referred. This cost them 60-70 million dollars but they had 100,000 costumers, in the month PayPal went online. – Source

3. Elon Musk was ousted from Paypal when he wanted to move everything from Unix to Microsoft. – Source

7. A restriction by Paypal was necessitated some years back because many Nigerians used the payment platform to defraud many foreign buyers on eBay. – Source

8. You can give money via Paypal to North Korea but not to Wikileaks. – Source

9. Elon Musk had to borrow money to pay rent after he spent all $180 million from PayPal. – Source

10. PayPal made eBay customer destroy his $2,500 violin and gave the owner nothing. – Source

11. ProtonMail, a service that provides encrypted email messaging, had its PayPal account frozen when it received mass funding through Indiegogo because PayPal doubted the legality of the encryption. – Source

13. Chad Hurley, one of the founders of Youtube, helped design the original PayPal logo. – Source