1. Stagehands mistakenly installed a malfunctioning piano for an hour-long solo Jazz performance. The musician, Keith Jarrett, had to improvise around the instrument’s limitations. A recording of this concert went on to become the best selling piano album of all time. – Source

2. Earl Wild was the first person to play the piano on the U.S. television. – Source

3. Freddie Mercury used a piano as the headboard of his bed and would often play tunes that he had heard in his dreams. This was Bohemian Rhapsody began. – Source

4. At the beginning of the song Roxane by The Police, during the intro, you can hear a strange piano chord, then Sting laughing. In fact, during the voice recording, Sting accidentally sat on the piano just behind him. They decided to keep this on the final mix. – Source

5. 6 masterpieces for solo piano were discovered to great excitement and confirmed by the leading experts to be genuine works by Haydn. They were later proved not to be by him, and are now largely ignored; despite them being genuinely original music which had the aficionados enthralled. – Source 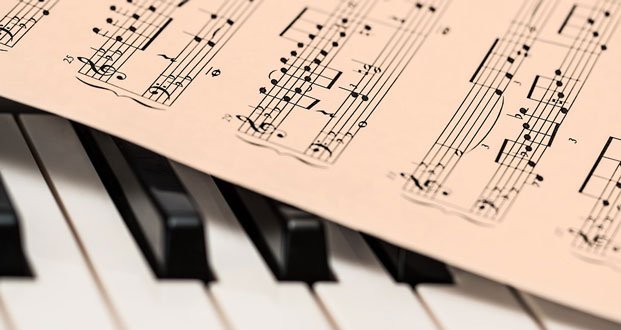 6. Certain types of music can reduce anxiety in dogs, which can be useful during fireworks, thunderstorms, and separation. In a study when solo piano at 50-60 bpm was played, 85% became calmer, and over half of the dogs went to sleep. – Source

7. Beethoven won a sight reading piano competition by turning his sheet music upside down, playing it, then improvising on one of its themes for thirty minutes. His opponent, Daniel Steibelt, never returned to challenge him again. – Source

8. A massive, deadly gas explosion in a Harlem piano shop sent pianos flying across the store, surrounding the technician who lived there in a protective “cocoon” as the five-story building collapsed. He walked away with only a scratch. – Source

9. An aluminum grand piano was built for the lounge of the airship Hindenburg. It weighed only 356 pounds. – Source

10. Vexations is a piano piece meant to be played 840 times in a row, that takes roughly 18 hours to play and one man who attempted to solo it quit after 15 hours because he was hallucinating. – Source

12. The piano was originally called the pianoforte and its name is derived from the fact that it can be played soft (piano) and loud (forte) unlike other keyboard instruments preceding it like the harpsichord. – Source

13. Yamaha pianos are adjusted differently depending on if it’s sold in America, Japan or Europe. – Source

14. Climbers found a long-buried piano on the top of Britains highest mountain, and no one knows how it got there. – Source

15. The “Piganino” is a piano commissioned by Louis XI that poked squealing pigs to produce sound. – Source 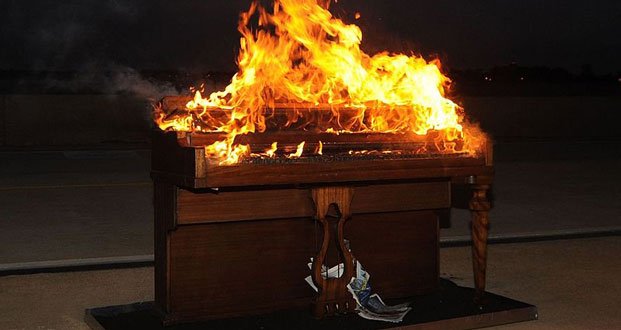 17. Irving Berlin always played the piano in the key of F# and had special pianos made to transpose his songs into other keys. – Source

18. Piano tuners tune pianos to the eigenfrequencies of the given string until they can’t hear any other residual frequencies. But since these strings are not perfectly elastic, these don’t form an exact harmonic series and thus you don’t get an exact octave. – Source

19. It’s possible to synthesize speech with a Piano. – Source