Here is a list of 10 Prehistoric Giants of Australia. 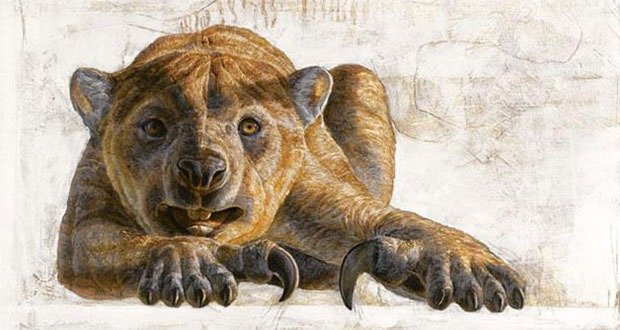 Thylacoleo (“pouch lion”) is an extinct genus of carnivorous marsupials that lived in Australia 2 million to 46 thousand years ago. Thylacoleo was once the largest mammalian carnivores of its time. With extremely powerful forelimbs, and massive claws on its thumbs to rip apart prey, this 1.5 meter long (5 feet) predator was able to take down animals much larger than itself easily. Pound for pound, it had the strongest bite of any mammal species living or extinct. 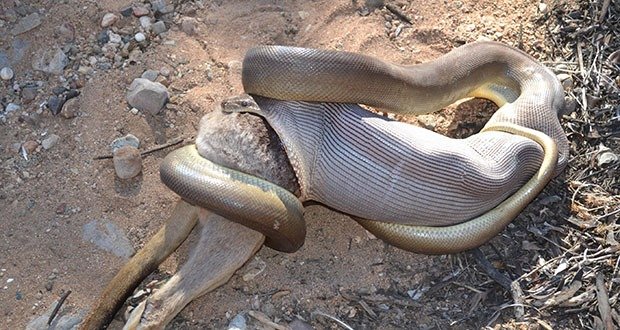 Liasis dubudinala is the largest snake known from Australia, estimated to have been about 9 metres in length. Its standard common name is Bluff Downs Giant Python. Like other pythons, Liasis dubudingala was a non-venomous constrictor that killed by wrapping its coils around the unlucky prey and squeezing until suffocation occurred. It probably ate mammals, birds and other vertebrates, as the living Olive Python does. This reptile went extinct during the Pilocene epoch some 2.58 million years ago. 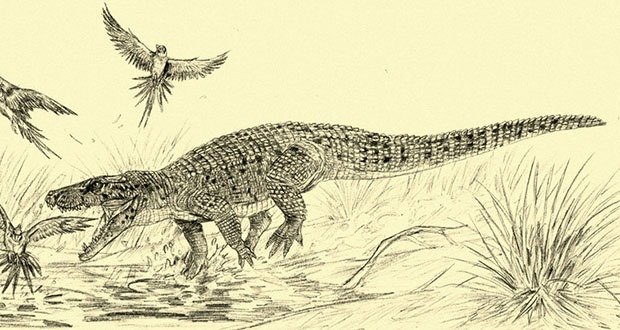 Quinkana comes from the “Quinkans”, a legendary folk from Aboriginal myths. Crocodiles are cool because if you stay away from the water’s edge, you’re pretty much okay. Quinkana was a type of terrestrial crocodle, which means it spent most of its time on land. Its body had developed long legs in order to let it “gallop.” It was 6 meters long (20 ft), and the species had only gone extinct some 40,000 years ago. 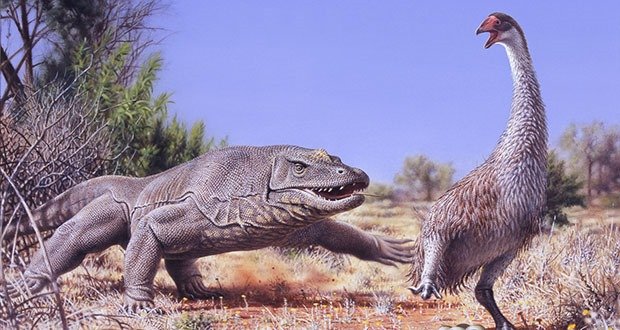 Megalania is an extinct very large goanna or monitor lizard. They were part of a megafaunal assemblage that inhabited southern Australia during the Pleistocene. They seem to have disappeared between 40,000 and 30,000 years ago. The first aboriginal settlers of Australia might have encountered them. Megalania was 7 meters at its maximum length (23 feet), making it one of the largest predators in its time. Like Komodo Dragons today, Megalania most likely had bacteria infested mouths that produced a septic bite. 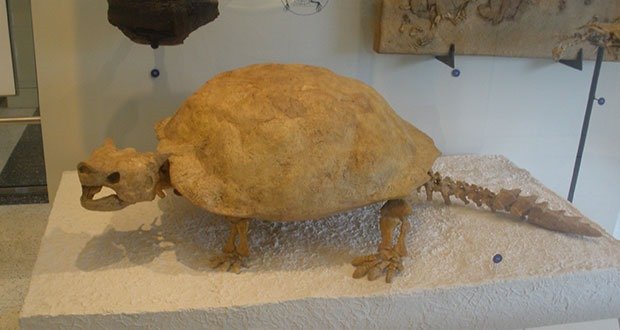 This 2.5 meter long (8.2 ft) tortoise seems like an evolutionary throwback to the ankylosaurs that died out before it 65 million years ago. This species had horns on its head and a club like tail. The last relict populations died out some 2000 years ago. It is the second-largest known nonmarine turtle or tortoise. It is thought that they were hunted to extinction by the Lapita people about 3,000 years ago, based on the presence of bones at the bottom of a garbage midden at an archeological site. 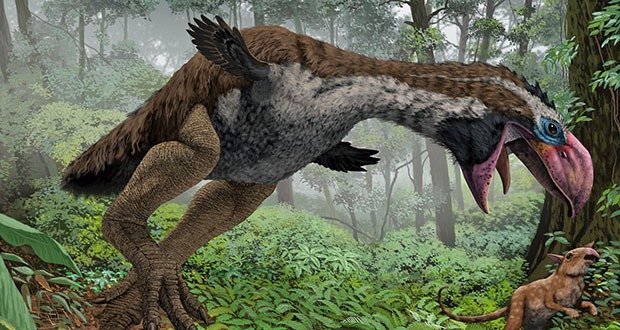 Dromornis was a genus of prehistoric birds that stood up to 3 meters (10 feet) tall and weighed up to half a ton. Although they looked like giant emus, the Dromornis are more closely related to waterfowl. This genus had a long neck and stub-like wings, rendering it flightless. Its legs were powerful, but it is not believed to have been a fast runner. The bird’s beak was large and immensely powerful, leading early researchers to believe that it was used to shear through tough plant stalks. However, recently others have argued that the size of the beak suggests that the bird was a carnivore. 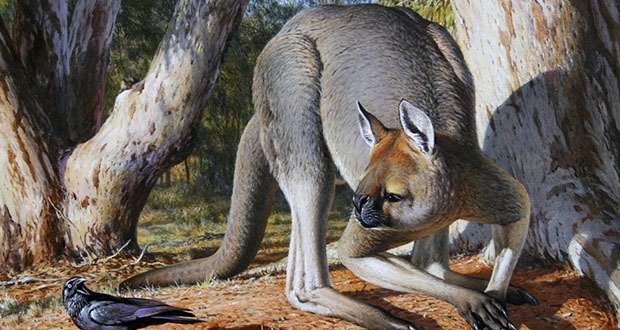 Procoptodon was a genus of giant short-faced kangaroo living in Australia during the Pleistocene epoch. P. goliah, the largest known kangaroo that ever existed, stood approximately 2 m (6.6 ft). They weighed about 232 kg (511 lb). These animals lived alongside modern species of kangaroo, but specialised on a diet of leaves from trees and shrubs. The genus was present until at least about 50,000 years ago before going extinct, although there is some evidence they may have survived to as recently as 18,000 years ago. Its extinction may have been due to climate shifts during the Pleistocene, or to human hunting. 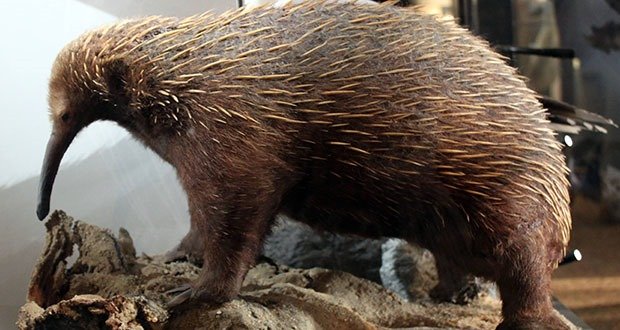 Zaglossus hacketti is an extinct species of long-beaked echidna from Western Australia that is dated to the Pleistocene. It is known only from a few bones. It was about 1 meter long and probably weighed about 30 kg (66 lb). It had longer, straighter legs than any of the modern echidnas. It is speculated that this feature made the animal more adept at traversing through thickly wooded forests. Some of the fossils have incisions and burn marks, suggesting that Z. hacketti was at least occasionally hunted by humans. 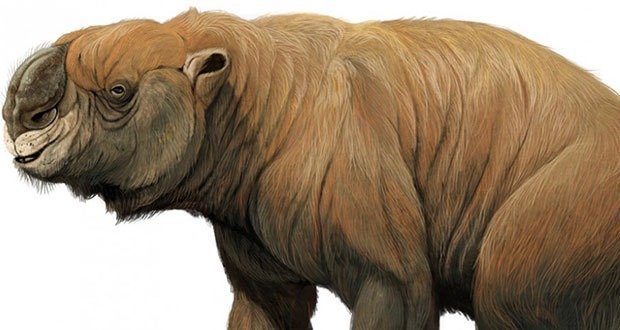 Diprotodon, meaning “two forward teeth”, is the largest known marsupial ever to have lived. Along with many other members of a group of unusual species collectively called the “”Australian megafauna”, it existed from approximately 1.6 million years ago until extinction some 46,000 years age. The largest specimens were hippopotamus-sized: about 3 metres (9.8 ft) from nose to tail, standing 2 metres (6.6 ft) tall at the shoulder and weighing about 2,800 kilograms (6,200 lb). They inhabited open forest, woodlands, and grasslands, possibly staying close to water, and eating leaves, shrubs, and some grasses. Most modern researchers argue that diprotodonts, along with a wide range of other Australian megafauna, became extinct shortly after humans arrived in Australia about 50,000 years ago. 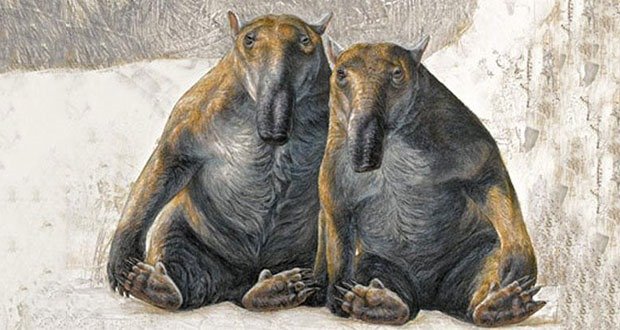 Palorchestes (‘ancient leaper or dancer’) is an extinct genus of terrestrial herbivorous marsupial that lived around 11.6 million years ago to 11,000 years ago, and thought to be in existence for approximately 11.59 million years. One species was almost as large as a horse, being around 2.5 meters (8.2 ft) in length with a weight of about 200 kilograms (440 lb), and had four powerful legs. Its front legs bore large claws, similar to those of a koala, which it probably used to pull down leaves and strip the bark from trees.