1. “The Old Forge” pub is Britain’s most remote bar. It is located in Inverie, which is so isolated in the Scottish Highlands that no roads connect the village to the rest of the country. Thirsty travelers need to hike 17 miles over very rough terrain or take a 7-mile ferry ride. – Source

3. In 1953, after co-discovering the structure for DNA, Francis Crick stormed into The Eagle pub, interrupting people’s lunch to announce they’d “discovered the secret of life.” The pub serves “Eagle’s DNA” beer to this day. – Source

4. The Mayflower Pub in London is the only pub licensed to sell U.S. stamps due to it’s historical connection to the original Mayflower ship that carried the Pilgrim Fathers. – Source

5. In 1355, in Oxford, England a dispute between two students and a pub landlord over the quality of their pints resulted in a two-day riot, which left 63 scholars and 30 locals dead. – Source

6. George Street in St. John’s, Newfoundland, Canada has the most pubs per square foot of any street in North America. – Source

7. British pub signs are so colorful and distinct and were originally created to draw in pre-literate drinkers. – Source

8. The Guinness Book of Records was originally published by Guinness Breweries as a reference for settling pub arguments. – Source

9. The Man versus Horse Marathon originated from the pub bet in 1980. It was being disputed that over the right terrain and over enough distance, a man could outrun a horse. In 2004, that bet was settled when Huw Lobb beat the fastest horse by two minutes. – Source

11. Sir Ian McKellen and Stephen Fry saved a Southampton pub called “The Hobbit” from having to change its name after being threatened with legal action based on the accusations that the pub was committing copyright infringement. – Source

12. When Irish Banks went on strike for 6 months in the 1970s, people used pubs to cash their pay-cheques and to keep the economy running. – Source

13. Hitler’s “Eagle’s Nest” on the summit of the Kehlstein mountain is today a restaurant and outdoor pub. – Source

14. There is a pub in Northern Canada that serves whiskey with a frostbitten toe in the glass. The toe must “merely grace the lips” of the drinker and is not meant to be swallowed. There is a $500 fine for swallowing the toe, which has already happened about a dozen times. – Source

15. A Scottish pub had to swap kilts for pants after female patrons got handsy. – Source 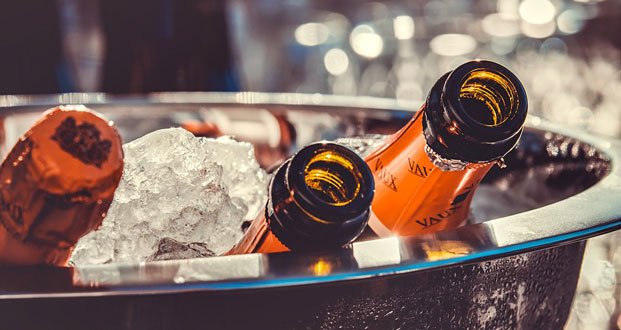 16. A pub in Ireland gives out free drinks to customers that don’t use their phones. – Source

17.  60’s experimental musician Robert Wyatt has a verb named after him meaning, “to purposely select weird music on a pub jukebox with the intent of annoying others.” – Source

19. Pubs in three parts of the UK were taken over and managed by the government for 50+ years, to try and control binge drinking. – Source

20. McGuire’s Irish Pub is a popular landmark in Florida where the walls and the ceiling are covered with thousands of autographed dollar bills whose collective value has been estimated to over one million dollars. – Source

21. Sir Ian McKellen owns a pub in London that Charles Dickens used to visit and even wrote about. – Source

22. Irish bars (and now American Bars that imitate them) have a small booth or room called a “snug” where people like priests and police could drink somewhat privately, for propriety’s sake. – Source

23. In Australia, putting your empty glass upside down on the counter at a pub means you’re saying you can fight against everyone there and win. – Source

24. There are inflatable pubs, basically bouncy houses with bars for adults, that can be rented across the United States and delivered to your home. They have full-service bars and food menus available and can fit up to 80 people. – Source

25. In 1939, the staff of a pub in Dublin, Ireland went on strike for fourteen years and eight months. – Source

26. “Bohemian Death March” is another term for a Pub Crawl. – Source

27. During WWI the UK modified the regulations around pubs (encouraging food service) and even, in the Carlisle experiment, brewed beer with lower alcohol content so that people working for the war effort would be less likely to be drunk and ineffective. – Source

28. There is a tram turned pub that tours around Helsinki, Finland. – Source

29. During a 2007 costume-themed pub crawl, “all Captain Americas were asked to go outside for a possible identification” after one Captain America with a burrito stuffed down his tights assaulted two women. – Source