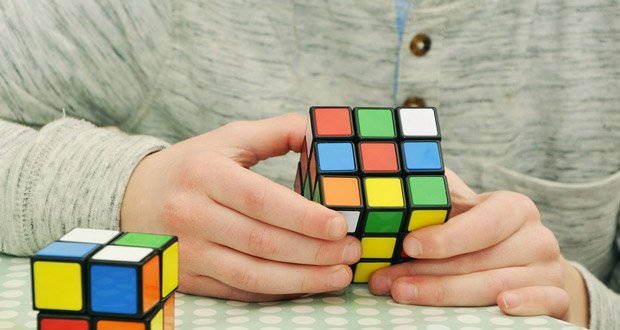 1. The inventor of the Rubik’s Cube didn’t realize he’d built a puzzle until he scrambled it the first time and tried to restore it. – Source

2. The day before the 1996 U.S. presidential election, the NYT Crossword contained the clue “Lead story in tomorrow’s newspaper,” the puzzle was built so that both electoral outcomes were correct answers, requiring 7 other clues to have dual responses. – Source

3. In 2011, people playing Foldit, an online puzzle game about protein folding, resolved the structure of an enzyme that causes an Aids-like disease in monkeys. Researchers had been working on the problem for 13 years. The gamers solved it in three weeks. – Source

4. Will Shortz, the New York Times crossword puzzle editor, is the only person in the world to have a degree in enigmatology, the study of puzzles. – Source

5. There is a cryptic organization called Cicada 3301 that posts challenging puzzles online, possibly to recruit codebreakers and linguists. – Source

7. Artificial Intelligence has crushed all human records in the puzzle game “2048,” achieving a high score of 839,732 and beating the game in only 973 moves without using any undo. – Source

8. Jigsaw puzzles soared in popularity during the great depression, as they provided a cheap, long-lasting, recyclable form of entertainment. – Source

9. When the New York Sun was relaunched in 2002, its first edition carried the solution to the last crossword puzzle that the earlier Sun published before it folded in 1950. – Source

10. In 1979, a British artist published a book containing riddles and puzzles about the location where he had buried an 18kt gold filigree and jewelled pendant, setting off a worldwide treasure hunt which lasted over two years, and ended in scandal. – Source 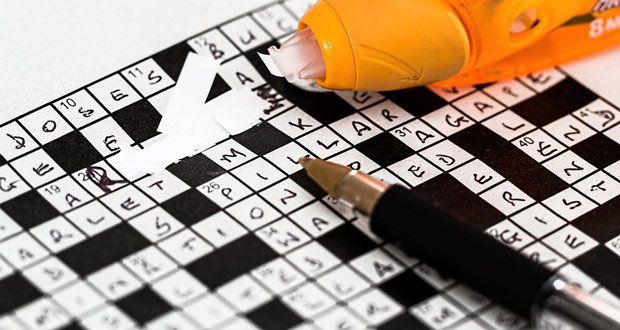 11. In the 1920s, people feared that crossword puzzles would contribute to illiteracy. – Source

12. In 1944, by a huge coincidence, a crossword puzzle was printed with answers all containing D-Day operation code names, which sent MI-5 into a panic thinking their invasion plans had been discovered. – Source

13. Soapy water can solve the “connect the towns” puzzle in seconds, connecting four posts with the minimum possible road length between them, thanks to its tendency to minimize its free energy. – Source

14. In 1980, Ronald Graham offered a prize of $100 for anyone who could solve his “Boolean Pythagorean Triples Problem.” Last year, three computer scientists solved the puzzle, using a supercomputer over the course of 2 days, and came out with a proof that takes up 200TB of storage space. – Source

15. The word ladder puzzle was invented by Lewis Carroll, author of Alice’s Adventures in Wonderland. – Source

16. Most crossword puzzles are vertically symmetrical, meaning they look the same if you flip them upside down. – Source

17. In Canada, a mathematical puzzle must be solved in order to win the lottery to classify it as a “game of skill” not gambling. – Source

18. When studying the reason for affirmative action, researchers found that black and white people scored the same when given a complex series of puzzles, but only the black score fell dramatically when told the puzzles tested for intelligence. – Source

19. The mathematical puzzle solved by Matt Damon in Good Will Hunting is a straightforward graph theory problem. – Source

20. In 2007, a puzzle was released and $2 million prizes were offered for the first complete solution. The competition ended at noon on 31 December 2010, with no solution being found. – Source

21. The phrase “thinking outside the box” was popularised from the solution to a topographical puzzle involving 9 dots in a box shape. – Source

22. The original King’s Quest, in one of the most infamously difficult puzzles in video game history, required the player to guess Rumpelstiltskin’s name backwards, but using an inverted alphabet (A=Z, B=Y, etc). The correct answer is”Ifnkovhgroghprm”. – Source

23. A children’s book author wrote a story containing a coded word puzzle leading to prizes worth $1,000,000. Readers had to decipher codes and clues hidden in the story to find tokens hidden all around the United States. Each token found received a jewelled animal worth over $50,000. – Source

24. The puzzle “Number Place” was originally created in the United States but did not reach popularity until it was shown in Japan, in Japan the puzzle was renamed “Sudoku”. It later came back to the U.S. but kept the name “Sudoku”. – Source

25. Blank spaces in the crossword puzzles are called “Light” as they help in giving clues for other answers as well. – Source

26. Individuals with Prader-Willi Syndrome, a rare intellectual disability that reduces IQ to 60pts and impairs speech, are much more skilled with jigsaw puzzles than able-bodied children. – Source

AskReaders: What are you surprised that you haven't outgrown?