The world has been made up from the magic of words. Here are some badass quotes for you which will make you feel like a real badass

2. “The world ain’t all sunshine and rainbows. It is a very mean and nasty place and it will beat you to your knees and keep you there permanently if you let it. You, me, or nobody is gonna hit as hard as life. But it ain’t how hard you hit; it’s about how hard you can get hit, and keep moving forward.” ~Rocky Balboa

5. “Nobody ever wrote down a plan to be broke, fat, lazy, or stupid. Those things are what happen when you don’t have a plan.” ~Larry Winget

“Comfort murders the passion of the soul, then walks grinning at the funeral.” ~Kahil Gilbran

9. It’s better to die on your feet than to live on your knees.~Emiliano Zapata

10. “I will not die an unlived life. I will not live in fear of falling or catching fire. I choose to inhabit my days, to allow my living to open me, to make me less afraid, more accessible; to loosen my heart until it becomes a wing, a torch, a promise. I choose to risk my significance, to live so that which came to me as seed goes to the next as blossom, and that which came to me as blossom, goes on as fruit.” ~Dawna Markova

11. “If you want to achieve greatness stop asking for permission” ~Anonymous

12. “A man who views the world the same at fifty as he did at twenty has wasted thirty years of his life.” ~Muhammad Ali

13. “The real voyage of discovery consists not in seeking new lands but seeing with new eyes.” ~Marcel Proust

15. “The two most important days in your life are the day you are born and the day you find out why.” ~Mark Twain

16. “History will be kind to me, for Intend to write it” ~Anonymous

17. “Do what you feel in your heart to be right – for you’ll be criticized anyway.” ~Eleanor Roosevelt

18. “That which does not kill us makes us stronger.” ~Friedrich Nietzsche 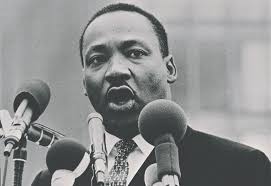 21. “I don’t want to die without any scars.” ~Chuck Palahniuk

22. “Creativity is the greatest rebellion in existence.” ~Osho

24. “There are many who dare not kill themselves for fear of what the neighbors will say.” ~Cyril Connolly

26. “To the man who only has a hammer, everything he encounters begins to look like a nail.” ~Abraham Maslow

27. “If you had not committed great sins, God would not have sent a punishment like me upon you” ~Ghenghis Khan.

29. “More weight” – Giles Corey who was tortured to death during the Salem Witch Trials by a technique known as pressing, where they would pile weights on top of the victim.