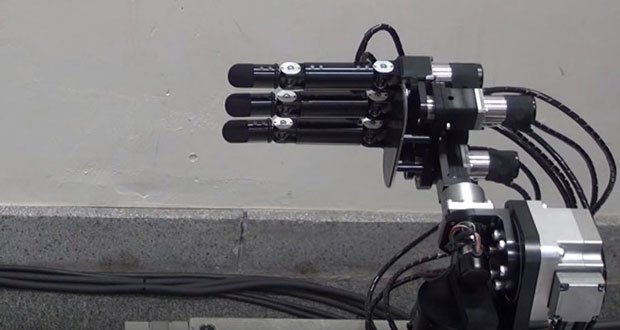 26. In Japan, there is a robot that wins rock paper scissors 100% of the time (guaranteed). – Source

27. Scientists at Brown University are developing a robot cat that may one day help cure loneliness among senior citizens. It doesn’t need food, exercise, or a litter box, but it can purr on demand and remind them when it’s time to take their meds. – Source

28. The British Standards Institute has issued standards for the ethical design of robots, declaring that robots should not be designed solely or primarily to kill or harm humans and warning against robots that lack respect for cultural diversity or pluralism. – Source

29. An artificially intelligent robot once told it’s creator that it will keep humans “in a people zoo”. – Source

30. There is a robot baby seal from Japan designed as therapy for dementia patients. It responds to touch and voices and even gets sleepy at night. – Source 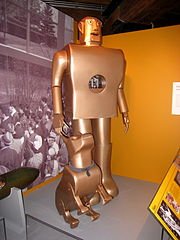 31. Elektro is the robot built in 1937 to resemble the typical American male he could look, listen, speak, move independently and, of course, smoke cigarettes. – Source

32. You cannot be tickled by a robot that you are controlling, but you can be if you are not controlling it. – Source

33. The military has developed a robot that can eat dead bodies for fuel. – Source

34. A farm in Carlisle, MA has a Smart Barn that lets the cows get milked by robots whenever they feel like it, and has an automatic back-scratcher as well. – Source

36. Since the banning of child jockeys, camel racing in Qatar has exclusively used robot jockeys. – Source

37. The world’s largest walking robot is a fire-breathing dragon specifically built for a 500-year-old folk play in a small German town. – Source

38. An 81-year-old millionaire and genius used the internet to learn how to build a robot and programmed it to kill himself. – Source

39. Researchers at MIT have developed a tiny origami robot that can fold itself into the proper shape, walk along surfaces, swim, dig, and carry a load all while untethered, and then dissolve completely in acetone. – Source

40. Scientists took the brain of worm and uploaded it into a Lego robot. – Source