We asked this question to someone who grew up in a bad neighborhood with “a whole lot of thieving scumbags, bank robbers and carjackers.” These are his suggestions, in no particular order, by his own account. 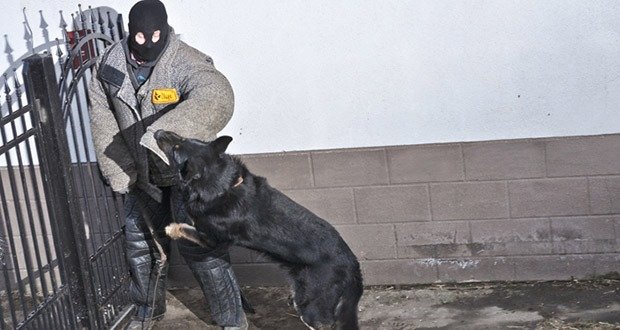 1. Get a big fu**ing dog. Very few thieves want to deal with that. If they aren’t specifically targeting your house, then they will move on to the next one. For houses they are targeting, they will leave poisoned food outside. Keep an eye out for that.

2. Don’t use window air conditioners. This was by far the most common way to gain access by my friends. Kick in the A/C and climb on in. If nothing of value was found, the A/C could be taken in for scrap metal.

3. Motion detecting lights. They are a minor annoyance, but will scare off the brainless junkies.

4. Visible cameras. They can be fake. Though they’re so cheap, just get real ones.

5. Don’t leave your garage door open. Thieves like to drive around nice neighborhoods, looking for people who left their garage open. They love a situation where someone might be mowing their backyard. Quickly hop out of the car, run into the garage, grab as many tools as they can, and run. If they brought a truck, they’ll be grabbing bigger stuff. You probably won’t even notice or know what happened.

6. Make it a royal pain in the a*s to get into your backyard. 10ft fence would be nice. No one likes breaking in through the front door or front windows. No one likes scaling 10ft fences either. This compliments the “get a big fu**ing dog” concept.

7. Don’t keep your car keys on a hook next to the front door. Newer cars are impossible for an average thief to hotwire. Easy as hell to kick in your front door and snatch the keys straight off the hook, though.

8. Get an alarm system. If you can’t pony up for that, get the stickers & signage off eBay.

9. Don’t keep anything in your car. Especially work trucks and vans. Hell, I even know of someone who robbed a cop car. Keep your vehicles empty. Locks don’t fu**ing matter – the lock on the backdoor of a workvan can be popped out in under 5 seconds with a slide puller and a screw.

10. The locks on your house are fu**ing useless, too. If you’re really paranoid and have a good budget – steel door frame + solid steel door. I don’t have much of any other advice on that. Don’t trust locks. 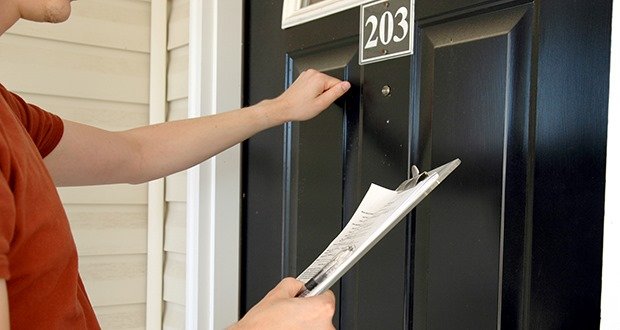 11. Don’t answer the door for strangers. If thieves are casing out the neighborhood, they will pretend to be magazine salesmen / jehovahs witnesses / etc. just to take a peek of what’s inside. Especially that hook for car keys. Once again, a big fu**ing dog can help here.

12. Lock your doors. Even though I don’t think much of locks, don’t leave your house unlocked either. Deadbolts on every exterior door.

13. Keep expensive stuff out of sight. Your 70” flat screen TV should not be visible from the street. Your Macbook Pro shouldn’t be kept right in front of your 1st floor office window.

14. Don’t invite strangers over. Hosting an open-invitation kegger is a terrible idea. If a thief shows up – they are either stealing something right then and there, or they are casing the place to come back later.

15. If you have a safe, use it. It’s utterly stupid how many people who have them, just leave them open all the time because it’s “annoying.”

16. If you have guns, try to keep that information to yourself. There are whole subsets of thieves dedicated to scouting out gun owners and robbing them when they’re not home.

17. Don’t post your entire social life publicly on social media. The people scouting out robberies aren’t always across the street in a sketchy van. They’re just following you on Facebook, Twitter, Foursquare and Instagram.

18. Keep anything that is really expensive in a bank security box. If your grandmother passed on a $50,000 diamond ring to you, don’t keep it in your jewelry box.

19. Don’t do illegal sh*t. The houses of drug dealers are robbed on a consistent basis, because the thieves know the cops won’t get called. (and the propensity for those victims to have expensive jewelry and electronics). Stay on the up-and-up, and a lot of trouble will avoid you. 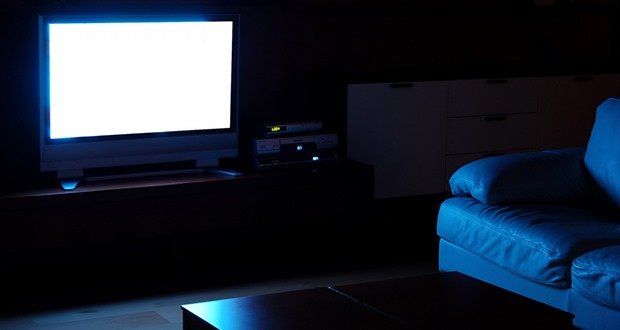 21. Leave the TV and lights on when you’re not home. Not only does it give the impression someone is home, it also will entertain and comfort your big fu**ing dog.

22. If you’re in an apartment, do whatever you can to add more locks (if possible according to your lease), alarm system, cameras, etc. There are lots of shady maintenance men and landlords out there.

23. Lock your patio door, even if you live on the 10th floor. Scaling the sides of most buildings is actually pretty easy.

24. If you are prohibited from owning a big fu**ing dog, a little annoying yip-yapping ankle-biting dog can work.

25. Keep the flaunting to a minimum. If you have an expensive vehicle, at least try to keep it in a garage. If you have lots of expensive tools, don’t fly a “SNAP ON” banner outside your garage. Don’t put up a “This house is protected by Smith & Wesson” sign.

26. Read up and be aware of how most popular scams work. Water meter scams, fence salesman scams, etc. Most of the time, someone will be distracting you somehow, while their accomplice sneaks into your house.

27. Junkies love to rob the elderly. Medications & jewelry. Your broke college a*s is probably safe, but please make sure your grandmother is all set.

28. Don’t leave an extra key under your doormat/under a rock/in your mailbox / on top of the door frame/etc.

It is also worth discussing, what to do when a burglar is in your house: 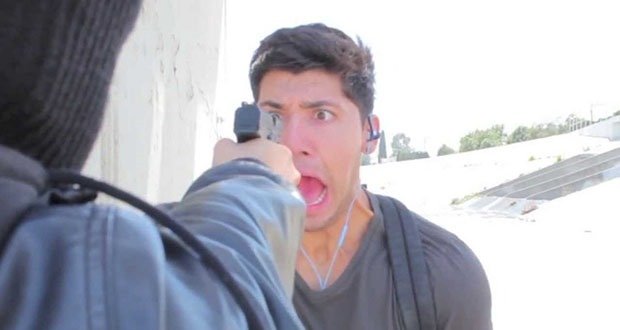 1. Get out. Your Playstation is not worth getting stabbed over.

2. You will most likely lose any fights you start. Don’t do that.

3. Call the cops. Don’t count on them to save you, but do it anyways. At the very least, you will most likely have to file a police report anyways for an insurance claim.

4. The chambering of a shotgun generally scares the s**t out of thieves. Real thieves will get out of there if they think someone has a gun. Junkies, though, might be too fu**ed up to notice. They might have their own and not care. It is still best to get out.

5. If there is no way to avoid an encounter with the robber, get naked. Not down to your underwear. I mean 100% naked. Get crazy. Yell things. This is not advised for attractive females, but for an average American male, it’s a viable deterrent.

7. Mace. If you can’t legally procure mace, sporting goods stores should carry bear spray. If you can’t get that either for some reason, get a wasp/hornet spray. Again, I really can’t stress this enough, goal #1 is to get the hell out. Don’t bring wasp spray to a gun fight.

8. If you have your keys on you, set off your car alarm.

And, lastly, just some general advice: 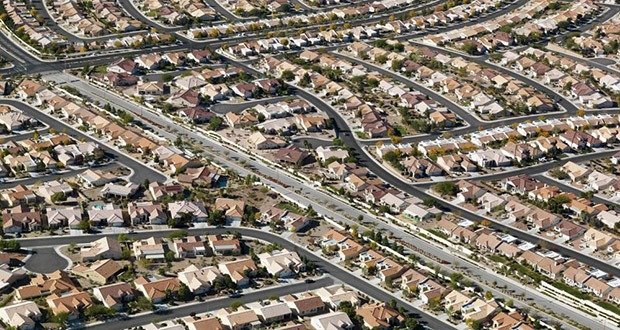 1. If you have a choice, try to live in a moderately populated area, near a police station. Living at the end of an isolated cul-de-sac is going to be a lot easier for a thief to get into without being noticed, than a townhome in a 100-unit property. Be friendly with your neighbors, to the point where they will recognize any sketchy activity.

2. Follow your local news and police reports vigorously. You should be able to get a feel for the types of crime happening in your area, and can figure out a game plan based on that. Personally, my area is high-crime, but it’s all smash-and-grab type thefts. While my vehicle has been robbed 3x in the past year, I have zero concern whatsoever that I will be the victim of an armed home invasion. It’s just not the style for the area.

3. Keep your nose clean, and don’t associate yourself with sketchy characters. Crime begets crime. It’s callous for me to say, but really, 90%+ of the victims of crime that I know had it coming.

4. Keep receipts for anything you paid more than $250 for, and keep them in a fireproof safe. If you do end up having to file an insurance claim, they are going to f**k you over hardcore without documentation.

5. Be aware that for high ticket items, they are required to be scheduled on your policy ahead of time. If you have a $15,000 home theater system, or $20,000 in collectible MagicTG cards, your insurance company needs to know about that ahead of time.

6. Keep serial numbers (and photos, if possible) of anything you care about. If your laptop gets stolen, and you see it the next day in the pawn shop down the street, it won’t mean sh*t unless you have that serial number already on file somewhere. Register all of your products with the manufacturer whenever possible.

7. You will have a hell of a time dealing with an automotive theft claim is the thief used your car keys. Keep those safe.

9. Shred any important documents you are throwing out. I could write endlessly about identity theft. I’ll save that for another day.

11. Regularly backup your computer to some cloud-based service. Dropbox, Google Drive, etc. If someone steals your laptop, it shouldn’t f**k up your life.

12. Install some sort of tracking app on your computer and phone RIGHT NOW if you haven’t already.